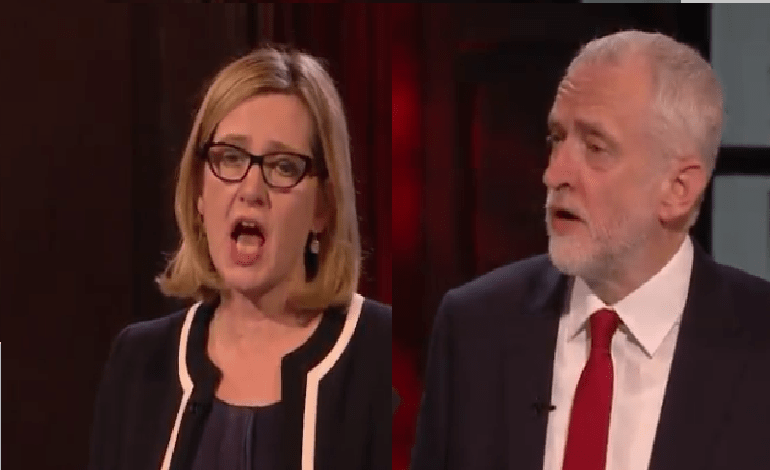 On the BBC debate on 31 May, Amber Rudd tried to use terrorism to smear Jeremy Corbyn. But it backfired immediately.

Corbyn managed there to turn one of Rudd's key lines of attack – that he's weak on terror – against her. He got the applause, not her

Filling in for an absent Theresa May, the Home Secretary said:

I am shocked that Jeremy Corbyn just in 2011 boasted that he had opposed every piece of anti-terror legislation in his 30 years in office. And I really think he must be held accountable for that. Because I find it chilling

Her attack yielded zero applause. And then, the Labour leader turned Rudd’s own words against her:

Can I remind you that, in 2005, Theresa May voted against the anti-terrorist legislation at that time… as did David Davis, as did a number of people that are now in your cabinet. Because they felt that that legislation was giving too much executive power. My opposition to anti-terror legislation isn’t opposition to protecting us from terrorism. It is simply saying there must be judicial oversight over what is done in our name.

Corbyn’s response was met with huge applause in the studio, and praise from people at home.

Terrorism legislation has long been used as a pretext to erode the rights of UK civilians and hand sweeping powers to government. Corbyn appears to be on the right side of history yet again.