Jeremy Corbyn drops a truth bomb at the BBC debate. And the audience's reaction is amazing | The Canary 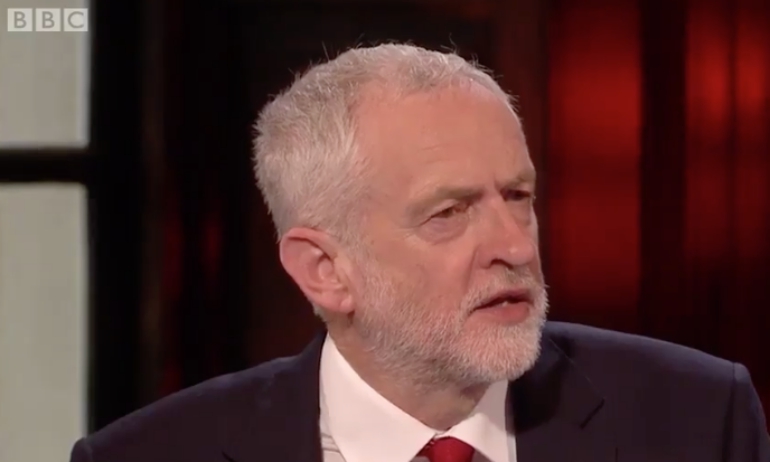 Jeremy Corbyn dropped a truth bomb in the BBC debate on 31 May about funding our public services, and about the use of food banks in the UK. The Labour leader was on fire as he set out his point. And the audience responded accordingly.

If you put that corporation tax up, you’re then in a position to deal with the crisis in social care, the crisis in our NHS, properly fund our schools…

And I would just say this, since Amber Rudd seems so confident that this is a country at ease with itself. Have you been to a food bank? Have you seen people sleeping around our stations?

The audience erupted with clapping and cheering.

Rudd tried unsuccessfully to assert herself. But Corbyn continued:

Have you seen the levels of poverty that exist because of your government’s conscious decisions on benefits?

The enthusiastic response from the audience shows just how receptive people are to Corbyn. And this is one truth bomb that is very difficult for the Conservatives to ignore.

Highlight of the debate so far. Jeremy Corbyn slams the Tories for being out of touch on Food Poverty & Homelessness pic.twitter.com/kuEu0PpvPp