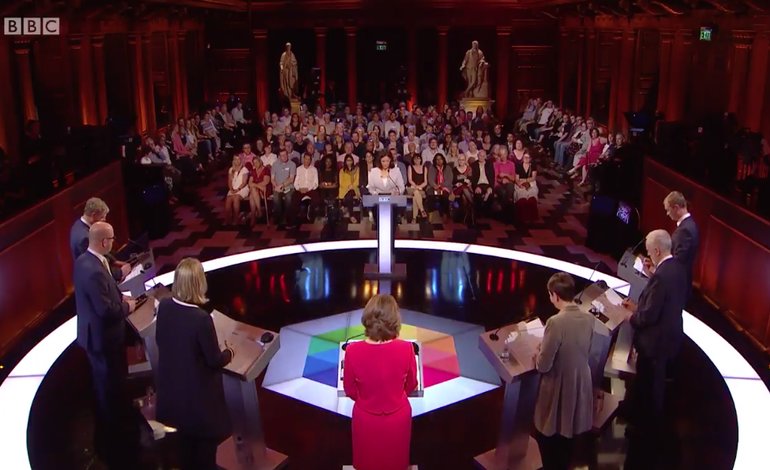 The final question of the BBC leaders’ debate on 31 May dealt a devastating blow to the Conservative campaign of Theresa May. The leaders were asked how their leadership would transform Britain’s future, but the Conservative leader wasn’t even present to respond.

The leaders were asked: “What way does your leadership have the talent and character required to take this country forward?”

One after another, the party leaders of Labour, the Green Party, the SNP (in the House of Commons), the Liberal Democrats, Plaid Cymru, and even UKIP presented their views. But the Conservative view was delegated to Home Secretary Amber Rudd. The leaders who did show up pointed to Theresa May’s absence as a sign of her complacency and refusal to engage with the people she expects to cast a vote for her on 8 June.

Caroline Lucas of the Green Party reminded voters that: “one of the most important aspects of leadership is to show up”.

SNP deputy leader Angus Robertson pointed out that Theresa May is “not so much the Iron Lady as the Queen of U-turns” referring to her snap general election call. The Conservative leader had repeatedly promised no general election until 2020 in the name of ‘stability’. Robertson stated to applause that May only called the election because she thought the timing would guarantee her an increased majority. A calculation that polls suggest may have backfired catastrophically.

Liberal Democrat leader Tim Farron also tore into the Conservative leader, who he said could “not be bothered” to face the public. And he said they should show the same apathy to her on 8 June.

Jeremy Corbyn and Leanne Wood focused on their ability to lead, in good times and bad.

May’s delegate Amber Rudd, meanwhile, was left with little more than slogans to wrap up a dramatic night of debating.

Whatever happens on 8 June, May did herself little help tonight by shirking the duty to present her policies to the public.

Asked about leadership, Jeremy Corbyn says it's about saying "we cannot go on like this"#BBCDebate https://t.co/h9Ad0bpZ7a pic.twitter.com/IklRUvAhYP