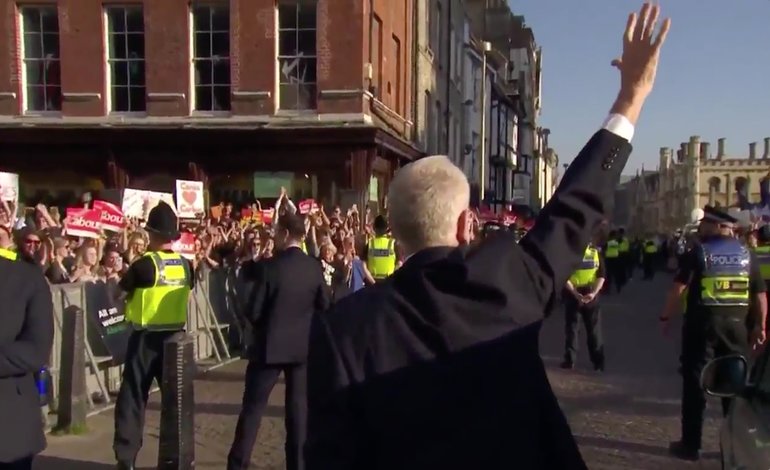 Jeremy Corbyn’s last minute announcement to join the BBC leaders’ debate caught Theresa May’s Conservatives on the back foot. But his arrival at the studio revealed May has more to worry about than being accused of being an absentee Prime Minster.

In current times, it’s more likely for a politician to emerge from their car to heckles and the odd egg. But that wasn’t what happened to Jeremy Corbyn on 31 May.

Cheers for Jeremy Corbyn as he arrives for #BBCDebate https://t.co/h9Ad0bpZ7a pic.twitter.com/OgCEAwLET5

Supporters and members of the public crowded the car to get sight of the Labour leader. He took a moment out of a busy day to acknowledge them and welcome and meet voters, before heading into the studio. Corbyn joins the leaders of the UK’s other main political parties to debate about which provides the best vision of Britain’s future. Conservative leader Theresa May has refused to participate, delegating the task to her Home Secretary Amber Rudd.

For a leader campaigning on the slogan ‘strong and stable’, it’s not a good look.