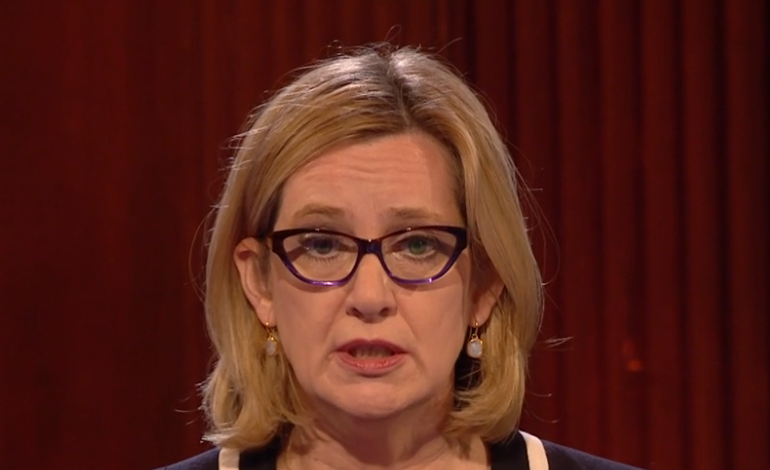 Theresa May has refused to take part in the BBC leaders’ debate. Instead, she fielded her Home Secretary Amber Rudd. But true to form, Rudd used her opening gambit to pack in as many falsehoods as possible.

Rudd claimed Theresa May has a strong plan for Brexit. But we know this to be untrue. The Conservatives have made no deal with the EU for Brexit, and shared no numbers with the UK public as to the cost of leaving. The only things we know are that May is willing to dramatically reduce corporation tax and to restrict working rights to undercut the EU.

The Home Secretary also claimed the Conservatives have slashed the deficit. But since 2010, the national debt has doubled. And almost a decade later, the deficit is still higher than under Labour prior to the global Financial Crisis of 2007. In fact, since 2010, only two regions of the UK are as well off or better off than they were a decade ago. They are, unsurprisingly, London and the South East. All other regions are worse off, and some are in outright depression.

She also accused the opposition parties of invoking the ‘magic money tree’ to fund their policies. The Labour manifesto is fully costed, and comes to just over half the £93bn annual taxpayer handouts the Conservative Party gives to corporations each year. In contrast, the Conservative manifesto contains zero costings.

Rudd also claims May has a strong team behind her to deliver Brexit. Yet this is how she assessed Foreign Secretary Boris Johnson’s chances of negotiating Brexit just a year ago. “Boris is not the man you want driving you home at the end of the evening”, let alone steering Brexit negotiations, she said.

The Home Secretary managed to squeeze four lies into just 34 seconds in her opening of the BBC debate. Her boss would be proud.

Who should be in Number 10? Amber Rudd, for the Conservatives, asks https://t.co/3UgzdU67uv #BBCDebate #GE2017 pic.twitter.com/CUhQRRTAc5