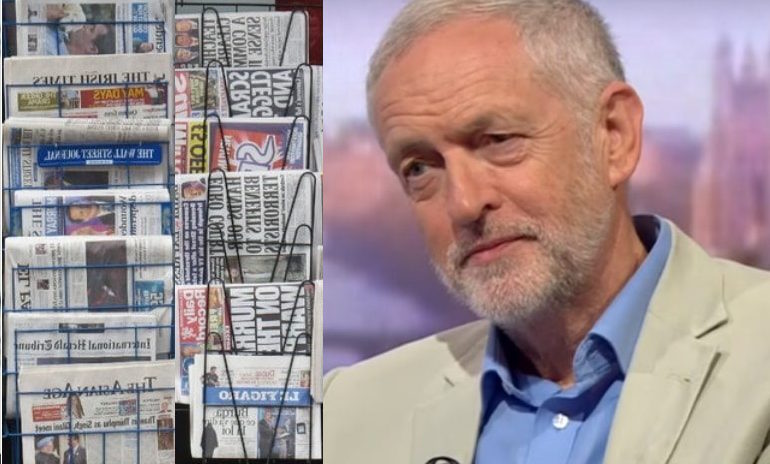 As a new poll suggested that Theresa May may not win a majority in the upcoming election, the media rushed to highlight the effect of the news on the pound. But people were quick to declare the story ‘fake news’, and an attempt to scaremonger voters.

A new seat-by-seat prediction by YouGov suggests [paywall] that the Conservatives might win 310 seats at the election. This is short of the 326 seats needed to form a majority government.

In response, several media outlets reported the way the pound had dropped at the news of a potentially hung parliament. The Financial Times released a story accompanied with a graph, stating [paywall]:

The pound fell sharply on the heels of a YouGov model showing that the Conservative party could lose 20 seats in the upcoming election.

At first glance, the graph shows a drastic dip at the time of the announcement — enough to scare many potential voters. But on closer inspection, the dip, while dramatic, is actually less than 1%. Likewise, it is around the same level it was at 10pm the previous night. Furthermore, according to recent figures and at the time of writing, the pound is now back to 1.284.

Many people were quick to highlight how misleading the graph was:

Fake news! The pound's reaction has been tamer than pretty much any person who's talking about the poll

Oh no, not fractions of a cent…

Pound up as Labour goes up

When put in context, the graph is even more misleading. On 17 April, it was announced that the Conservatives were further ahead of Labour in the polls than they have been at any point in almost a decade, with a 21-point lead. Since then, Labour has been cutting the opposition’s lead, with some polls suggesting the Conservatives now only have a six-point lead. There is no sign yet of this trend halting or reversing. And yet the pound has actually been improving against the dollar.

One graph from MoneyWeek shows the GBP/USD rate from April to May: 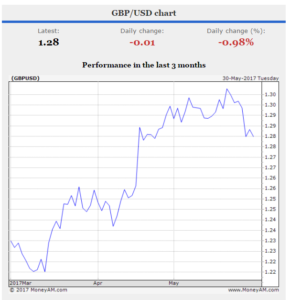 Likewise, as another Twitter user pointed out, the context is a pound that has actually been declining over the last two years, while the Conservatives have been in power.

While this is down to several factors, including Brexit, it goes to show how important it is to understand context when looking at eye-catching graphs like the one from The Financial Times.

Yet another lesson in not just believing what we’re told without close analysis.