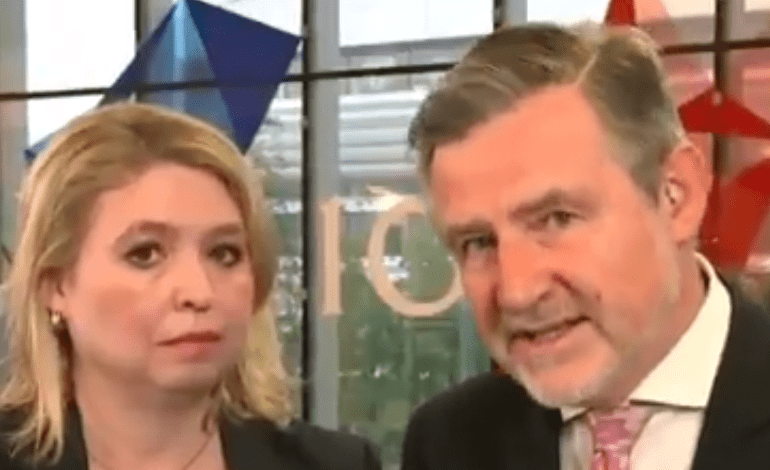 Labour’s Barry Gardiner went up against Culture Secretary Karen Bradley, and the results were hilarious. Gardiner, the Shadow Trade Secretary, took control of the narrative. And he left Bradley speechless with the question:

How many cornflakes does 6.8p buy you, Karen?

While Bradley failed to pin down Gardiner on tuition fee costings, the shadow minister drew attention to the Conservatives’ number failings. The Conservative manifesto mis-costed free school breakfasts at just 6.8p per child. And the media barely batted an eyelid. Meanwhile, when Jeremy Corbyn forgot a figure on Woman’s Hour (which was actually correctly costed in the Labour manifesto), it became the lead story.

Gardiner talked up Labour’s policy of free tuition fees during the exchange. And Novara Media‘s Aaron Bastani has laid out eight reasons why he thinks scrapping tuition fees is a no-brainer.

45% of debt won’t be repaid, all but nullifying any gains from increasing student debt…

Another point Bastani makes is about society and the economy as a whole:

Expanding on his point, Bastani says:

Bastani later compounds his argument that the whole of Britain benefits from free tuition fees. He makes clear that burdening students with huge amounts of debt “takes demand out of the economy”. In other words, instead of graduates spending money in local businesses, that money is going to “loan sharks”.

Gardiner was right to highlight Labour’s free tuition fee policy. As Bastani shows, it would be brilliant for the UK. On tuition fees and costings, Gardiner smashed it on Channel 4.

–  Get out there and vote on 8 June. And encourage others to do the same.