With just a week to go until the election, the EU crushes one of Theresa May's main arguments - Canary 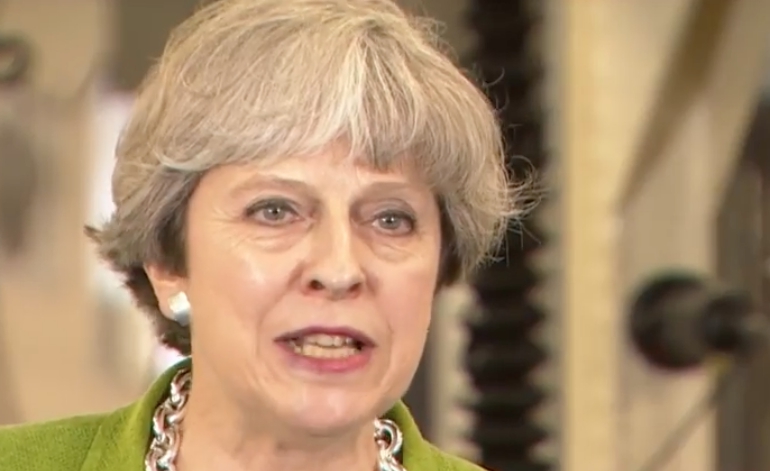 Theresa May has always wanted to make her election campaign about Brexit. Her decision to call a snap election was apparently to get a mandate for her “strong leadership” in the negotiations. And a key part of her mantra is that the Brexit negotiations are due to begin only 11 days after the election. But the EU has just delivered a major blow to that part of her argument. It is saying there will be “leeway” in starting negotiations if there is a change of government.

Part of May’s strategy in the last week of campaigning has been to refocus on Brexit. She believes she’s the right person to lead the negotiations, even though her negotiating stance seems to consist of being a “bloody difficult woman” and shouting at them.

But it is also abundantly clear that she doesn’t have a plan. She wants a “good deal” but won’t say what that looks like. She says that getting the right deal is essential to our economy and funding our public services. But she then contradicts this by saying that she’s happy with no deal.

May went as far as claiming:

Last night showed that Jeremy Corbyn’s minders can put him in a smart blue suit for an interview with Jeremy Paxman but with his position on Brexit he will find himself alone and naked in the negotiating chamber of the European Union.

And she has also been making a big deal about how soon negotiations start. Although she only has herself to blame for this, given she was the one who decided to call a snap election:

They begin just 11 days after polling day and the European Union is already adopting an aggressive negotiating position. That’s why now more than ever Britain needs a strong government and a strong prime minister capable of standing up to Brussels.

She even tried blaming the Brexit negotiations for her failure to turn up to the BBC debate:

I think he ought to be paying a little more attention to thinking about Brexit negotiations. That’s what I’m doing, to make sure we get the best possible deal for Britain.

A spanner in the works

But the EU has delivered a blow to Theresa May’s urgency over starting the negotiations. Asked whether there was any flexibility on the start of negotiations, a European Commission source replied:

They have got to agree the date, so yes, if the UK was to turn around and say ‘we need a bit of leeway’.

There are only a number of months – less than two years – to do this so there isn’t a terrible lot of scope, but the Commission will agree with the UK the dates for the first negotiating sessions.

Which shows not only flexibility compared to May’s rigid 11-day schedule, but also doesn’t display the aggression or hostility that May is tainting the negotiations with.

May has made a lot of who the country trusts to lead it into the Brexit negotiations. She’s labelled it as a choice between herself and Corbyn. But Corbyn’s strong performance on the TV debates compared to May’s soundbites is readily apparent. And then there’s the question of who’ll actually lead the negotiations. Again, there’s a clear choice. David Davis, who admitted in March 2017 that there had been no economic assessment of the impact of leaving Europe without a deal. Or Sir Keir Starmer, a lawyer with many years of experience, who has set out a very clear vision of what Brexit could look like.