Corbyn warned May weeks ago her police cuts were dangerous. The PM's reaction should haunt her [VIDEO] - Canary 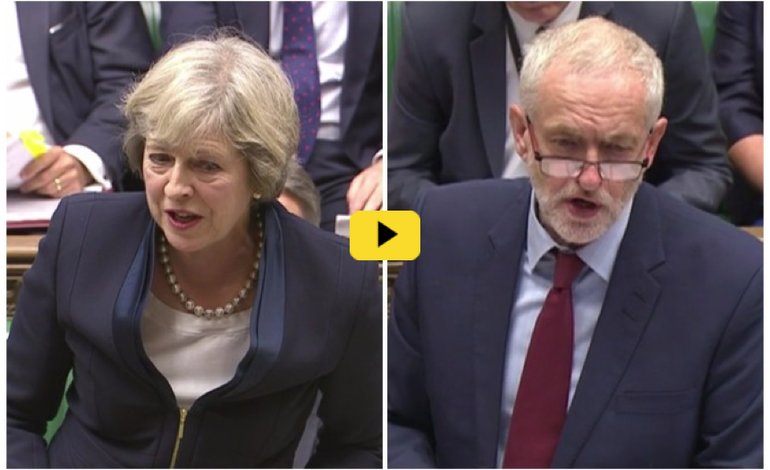 Seven weeks ago, Labour leader Jeremy Corbyn warned Theresa May that her savage cuts to police forces would leave police unable to perform their task of keeping Britain safe. The Prime Minister scoffed at him. And this failure in judgement has cost Britain dearly.

Speaking after the 22 March Westminster attacks, Corbyn praised the response of emergency services. Then he asked the Prime Minister:

Could the Prime Minister assure us that the police will be given all the necessary support and resources to take them through this very difficult period with what happened last Wednesday?

May praised the work of the police, and stated that the service had all the resources it needs. Corbyn took to his feet again seeking clarification:

But there are some problems… Between 2015 and 2018, there’ll be a real terms cut in central government… funding to police forces of £330m. Can the Prime Minister assure the House that police forces all over the country have the necessary resources to do the job?

The Prime Minister stated that police budgets were protected, and that police had told her they had adequate resources. This response should haunt her forever:

7 weeks ago, Jeremy Corbyn told Theresa May he was worried about the 20,000 cut in the number of police. #BBCqt pic.twitter.com/grQTblVAba

May knew full well that her answer to Corbyn (and the public) that day was untrue. Because the police had told her so two years before.

At a Police Federation conference in May 2015, the then Home Secretary was told by police that forces had been cut so extensively that they would be unable to respond to a major attack on UK soil. They said that the army would have to be drafted in to support. May told the assembled officers that they were “crying wolf”, saying:

Just two years later, it happened. Police forces do not have the numbers to conduct the extensive patrols required as the UK terror threat reaches ‘critical’. In the wake of the Manchester bombing, UK armed forces were sent to patrol British streets:

Since May became Home Secretary in 2010, she has delivered major cuts to police forces across the country. And as a result, there are now 20,000 fewer police officers in the UK than there were in 2009. That is a 14% drop in less than a decade.

A briefing from the Association of Police and Crime Commissioners states that planned budget cuts will hurt even more. Its analysis suggests that police staffing levels could fall by a further 17% to approximately 100,000 by 2020 – the lowest level since the mid-1970s. The government will also cull civilian posts, requiring remaining officers to fulfill back office roles too.

Yet, in the wake of the third terror attack on UK soil in three months, the Prime Minister is continuing to insist that these cuts never happened. This led to the unprecedented intervention of a former Senior Investigation Officer from the Metropolitan Police, Peter Kirkham. During an interview with Sky News on Sunday 4 June, Kirkham accused May of outright “lying” to the public about the London attacks. Towards the end of the exchange on Sky News, the interviewer asked:

May failed to take the advice of police. She dismissed their professional advice as “crying wolf”. And Britain is paying the price. In the 8 June general election, Britain can turn the tables, and leave May holding the bill.