While Corbyn addressed thousands in Birmingham, Theresa May was hiding in a warehouse in Slough [VIDEO] 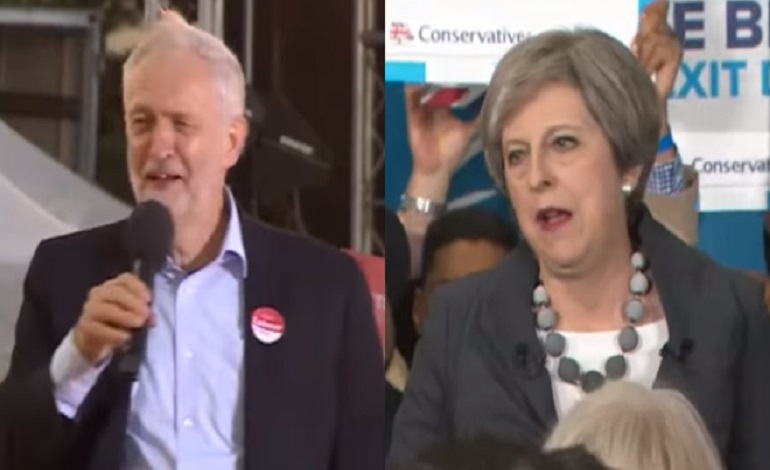 Tuesday 6 June saw the two main party leaders hold two very different rallies. Because while Labour leader Jeremy Corbyn was addressing tens of thousands across the UK, Theresa May was holed up in a warehouse in Slough. And the contrast between the two leaders’ events couldn’t have been starker.

Photos are not always what they seem

May was speaking with Foreign Secretary Boris Johnson. But as has been usual with the Tories’ campaign, the images the mainstream media used were not quite reflective of the reality of May’s rally: 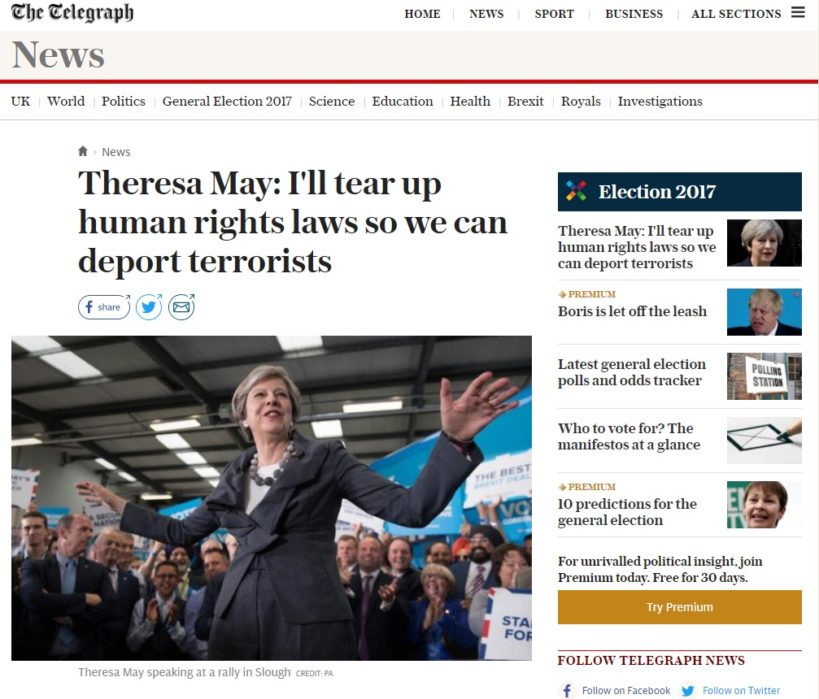 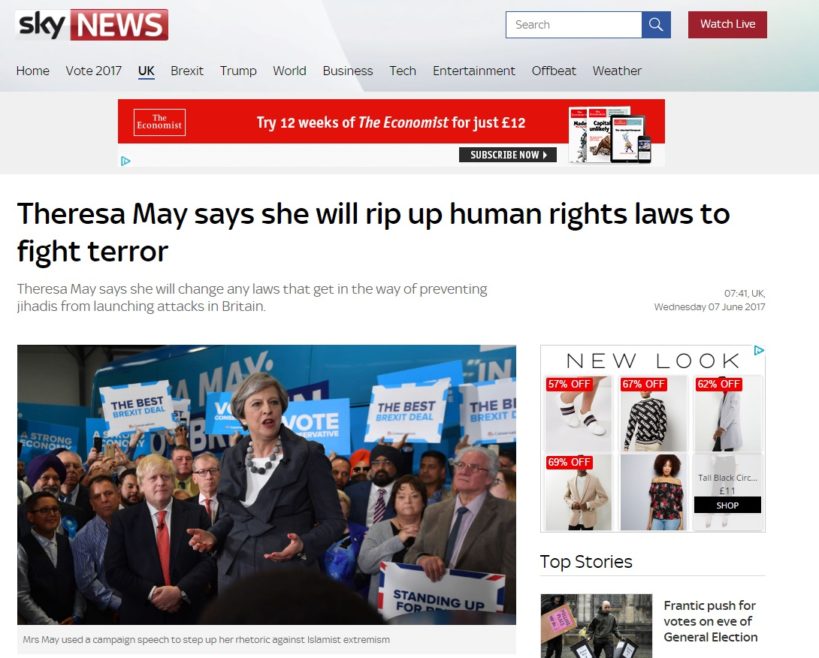 Because while it looked like the PM was speaking in front of a packed audience, she was actually just addressing around a hundred journalists and party henchmen:

Ok, "rally" might have been overstating things a bit. pic.twitter.com/jAG3ESEOso

Whereas Corbyn addressed thousands in a Birmingham rally that was live streamed to five other events in Barry, Wales; Brighton; Glasgow; London; and Warrington. And as Channel 4 News journalist Michael Crick pointed out:

Corbyn rally, Birmingham tonight. He has probably addressed bigger meetings in 2017 than any leader since Churchill pic.twitter.com/FOKWoKNXAA

But it was not just the difference in crowds at the two rallies that was marked. It was also the message being delivered. May chose to focus on terrorism; attempting to present the fact that she’ll essentially ‘rip up’ human rights laws as a positive. But in reality it’s little more than an attempt to do what she has been unable to for the past seven years: keep the UK safe:

If our human rights laws stop us from doing it, we’ll change the laws so we can do it.

Whereas Corbyn’s message was one of excited hope and optimism for the future; buoyed after somewhat unexpected surges in the opinion polls:

I tell you what. They [the Tories] underestimated us, didn’t they?

All to play for

Rallies are not necessarily reflective of wider public opinion. But what you can read into them is how the parties are feeling about their own campaigns. May’s forced bravado masks a campaign that has lurched from one U-turn to another, dogged by in-fighting and the right wing media turning on it. While Corbyn’s bouncing enthusiasm and almost surprised optimism is reflective of a Labour Party campaign that has come from a staggeringly bad position to a place few expected it to be: actually fighting for Number 10. With less than 24 hours until the polls open, this general election may not be as cut-and-dried as many once predicted.

– Vote on 8 June! And strongly encourage others to do the same.