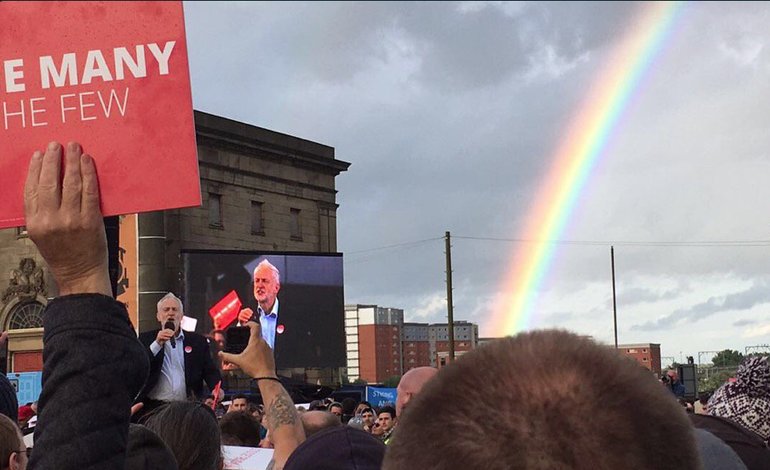 The tabloid press launched a co-ordinated smear campaign on Labour leader Jeremy Corbyn, the morning before polls open in the general election. But this time, they went too far. The smear was so outrageous that it’s triggered a backlash by the British public. The previously untouchable tabloid press is being laughed at across the country.

UK voters woke up on the morning of Wednesday 7 June to a string of headlines which beggar belief. 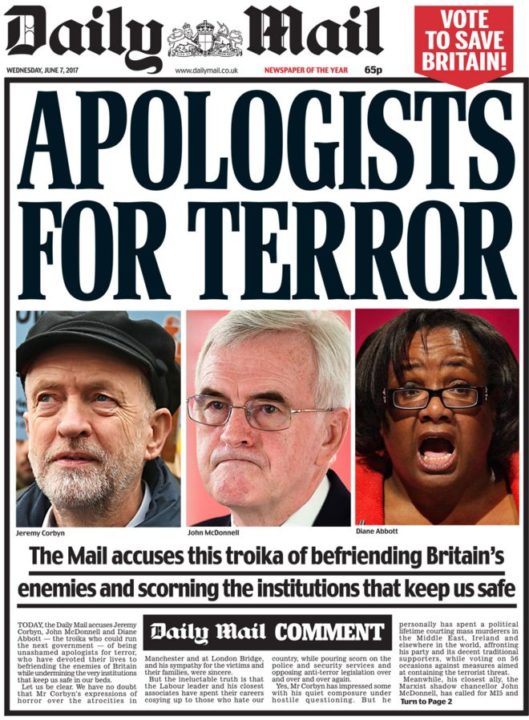 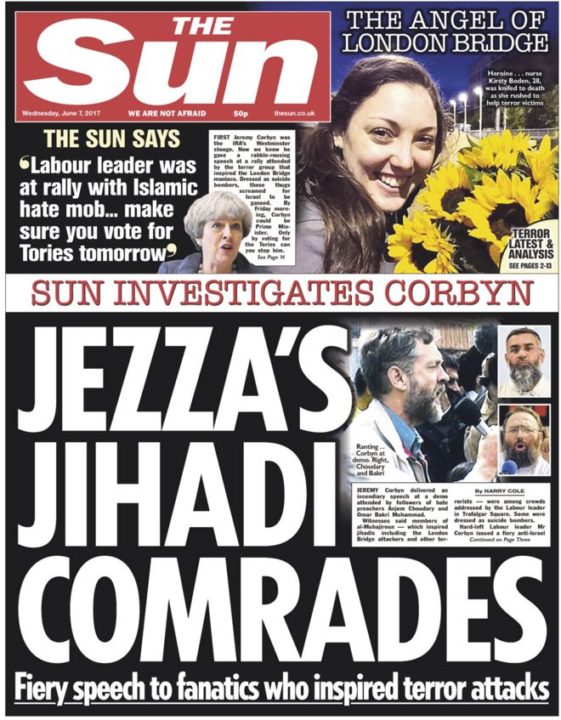 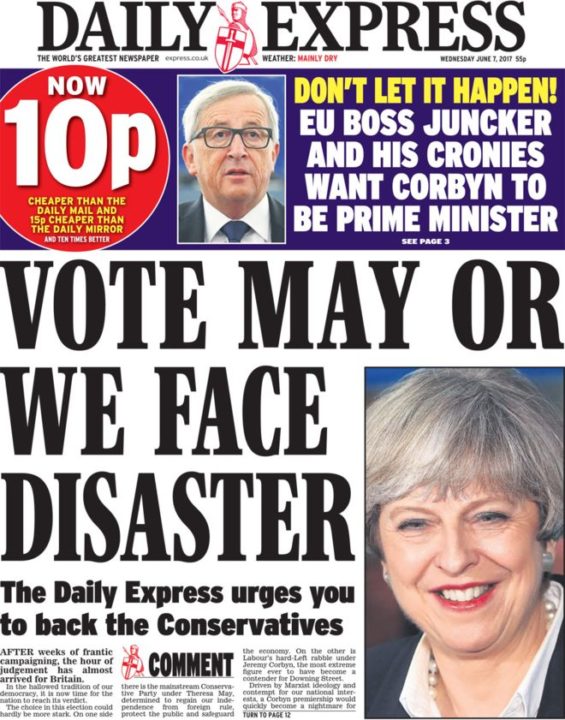 All of this while senior officials from police and security services have pointed to Conservative cuts as a genuine cause increasing the terror threat. Yet the tabloids are blaming the leader of the opposition, and a man who was presented with the Gandhi award for International Peace in 2013. The papers may also be breaking the law. Publishing rules tighten around election time, making it illegal to publish false statements about a candidate. As Law Column states:

Once an election has been called, it is a criminal offence for any person, for the purpose of affecting the return of any candidate at an election, to make or publish any false statement of fact (rather than merely comment or opinion) in relation to the candidate’s personal character or conduct, unless he can show that he had reasonable grounds for believing, and he did believe, the statement to be true.

The Sun‘s fallacious claims in particular could find the tabloid facing the long arm of the law.

But the British electorate appears to be taking matters into its own hands, by turning the tabloids into a laughing stock. Users are gathering in their tens and hundreds of thousands to mock the headlines on social media. On Twitter, the hashtag #LastMinuteCorbynSmears was trending on Wednesday morning.

#Corbyn finds pot of gold at the end of the rainbow, but doesn't declare it as earnings. #LastMinuteCorbynSmears pic.twitter.com/oAGnAtJEXP

The 18-month-long smear campaign against Jeremy Corbyn might well have backfired. Having thrown every accusation at him before the election was called, there was no silver bullet come election time. This attempt to rehash the same tired and misleading claims as a last-ditch effort to save the Conservative campaign is blatant. Too blatant to be seen as anything less craven by the British public. And who knows, this might be the first election in 40 years that was won by people instead of press barons.