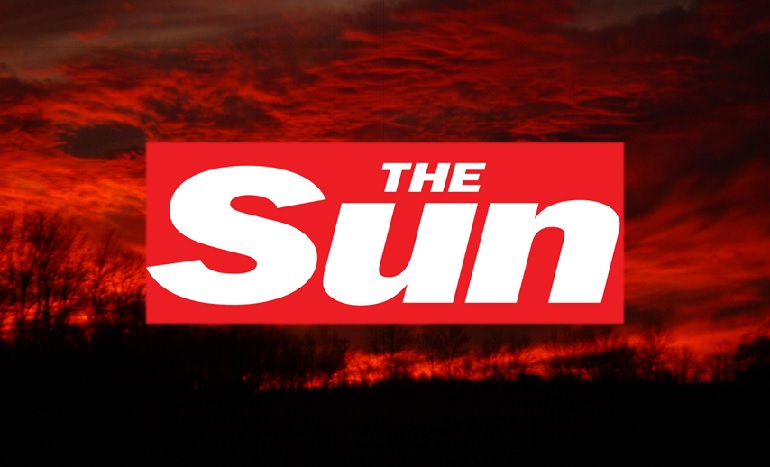 The Sun, The Daily Mail and other elements of the right-wing press have gone into meltdown with their latest attempt to smear Jeremy Corbyn. The papers are accusing him of speaking at a protest in 2002 where members of al-Muhajiroun were also present.

But it’s a truly pathetic scraping of the barrel. Not only are the reports of the march misleading, The Canary has seen copies of police intelligence reports which means the papers could be breaking electoral law.

What the papers say

The Sun ran with the headline:

And the paper further claims that:

And it includes a quote that:

This section accounted for no more than 200-300, but they made a noise far out of proportion to their numbers.

Corbyn has a long track record of siding with people who want to damage the UK. There can be no excuse for his decision to address this rally.

Meanwhile, The Daily Mail ran with the headline:

EXPOSED: Pictures that prove Jeremy Corbyn addressed a rally attended by EXTREMISTS from a banned terror group linked to the London Bridge atrocity.

Both papers carry pictures of Corbyn alongside photos of people convicted of terrorism. One in The Mail was actually made to look as though al-Muhajiroun were actually speaking at the same rally.

The paper also described it as an “anti-Israel protest”.

The march for Palestine took place in 2002. Many thousands of people took part from a variety of different groups, mostly of left-wing/liberal persuasion. Even The Mail admits that 8,000 people took part in the protest.

Like many marches, it left Hyde Park and made its way to Trafalgar Square where speeches were given. One of which was from Corbyn. There was no control on who could turn up for the march. But the main message of the day was about justice for Palestinians.

What the police say

The Canary has seen a copy of a criminal intelligence report written about the event. It was written by specialist police officers who monitor and report on protests. And the report directly contradicts the claims made in the tabloid press.

Firstly, the numbers. The papers say there were 200-300 members of al-Muhajiroun present. But the police contradict this, saying there were 30 present:

The police then state that a group of 15 tried to head for the front of the march. They were described as “aggressive” and having “no hesitation in laying hands on and pushing people out of the way”, leading to “resentment” from the rest of the crowd.

But the most significant comment from the police report, and one that makes a mockery of the tabloid claims, relates to the attitude of the other demonstrators to al-Muhajiroun. The police state:

For the entire route of the march there was a distinct lack of enthusiasm from the main bulk of the march to be seen anywhere close to the Al-muhajiroun so a long gap directly behind them was seen effectively turning the march into two individual marches.

Under electoral law, it is an offence to make a false statement [pdf] about a candidate:

It is an offence to make or publish a false statement of fact about the personal character or conduct of a candidate in order to affect the return of a candidate at an election.

The Sun is accusing Corbyn of having “Jihadi comrades” and implies that he was addressing al-Muhajiroun directly by speaking at the protest. But the police reports show this couldn’t be further from the truth, given the group were effectively shunned by the rest of the demonstration.

Meanwhile, The Mail is putting photos of Corbyn and an al-Muhajiroun rally side by side, suggesting it was the same event. But it wasn’t. And there is a strong argument that both papers are breaking electoral law with this coverage.

These police reports prove that the claims made in the tabloid media are total nonsense. A group of about 30 people reportedly turned up at a protest of thousands at which Corbyn happened to make a speech. Not only that, the group was so unrepresentative of others there that everyone else on the march kept their distance.

There is absolutely nothing to link Corbyn or anyone else on the march with this group. This is tabloid scaremongering at its peak.

It also shows how desperate the right-wing press have become. They are now genuinely scared that Corbyn’s popularity is going to translate into votes. And these ridiculous smears are a sign of how panicked they are.

But these papers still have a massive readership. And it is vital that we continue to expose their lies and share the truth about these ridiculous claims.