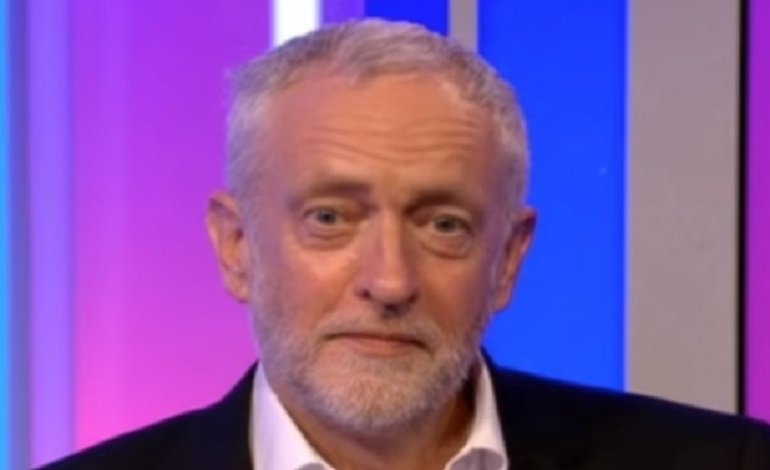 While the dust hasn’t even begun to settle from the 8 June general election, some within the Labour Party are openly saying there could be another one this year. And one list shows that, if there was, a majority win for Jeremy Corbyn’s party could be within reach.

The Election Polling website has updated the list of Labour’s target seats for the next general election. And it shows that there are 38 constituencies where the current non-Labour MPs have a majority of less than 2,000, or where the Labour Party would need a swing of less than 2% to win:

In the last election, there were just 16 seats where a non-Labour MP had a majority of less than 2,000. And as George Eaton’s analysis of the list in The New Statesman noted:

To achieve a majority of one (326), Labour now needs a modest swing of 3.57 per cent. To become the largest party it needs to win 34 seats (24 from the Conservatives, nine from the SNP and one from Plaid Cymru), requiring a swing of just 1.63 per cent, or 29 directly off the Tories (requiring a swing of 2.01 per cent). The winning post in the latter case is Ed Balls’s former constituency of Morley and Outwood (Tory majority: 2,104). The seat needed for a majority of one is the SNP-held East Kilbride, Strathaven and Lesmahagow (majority: 3,866)… such stats explain why the Conservatives are desperate to avoid another election.

But an in-depth look at some of Labour’s target seats shows a win is well within the party’s grasp.

26.4% of the UK population [spreadsheet] is aged between 16 and 35. But according to the most recent data, six of the top ten target seats (Southampton Itchen, Arfon, Pudsey, Hastings and Rye, Chipping Barnet and Thurrock) all had above-average numbers of 16-to-34-year-olds; Southampton Itchen being the most notable on 38%. And it was this age group which is thought to have got Labour the result it did on 8 June.

Three constituencies in Glasgow (East, North and South West) are also on Labour’s target list. Glasgow is one of the most deprived places in the UK, with nearly a third of its population living in the top 10% most deprived areas of Scotland. And while some of this can be blamed on the Labour-led Glasgow Council, the national results on 8 June appeared to show Corbyn’s message of “for the many” beginning to resonate in previously SNP-held areas.

Also, 17% of the population [pdf] lives in social housing. But the numbers in Southampton Itchen, Arfon and Thurrock are all above this average. And in Glasgow, the number [spreadsheet] of social homes is 35% of the total housing stock. With Corbyn’s pledges on housing, these areas should, theoretically, become easy victories.

We dreamed a dream

The Labour Party’s recovery on 8 June was quite spectacular. But for the party to stand any chance of winning at the next general election, these marginal seats are crucial. And with demographics that traditionally support Labour and would directly benefit from a Labour government, Corbyn entering Number 10 grows more and more likely by the day.