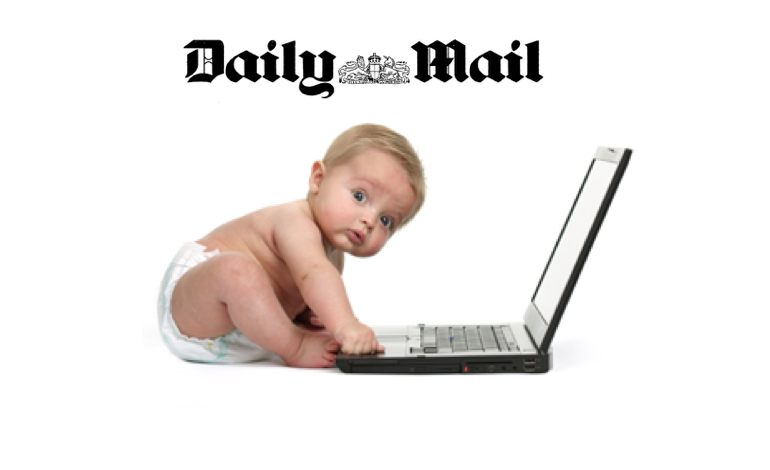 The Daily Mail has thrown a public tantrum over a cartoon which has hurt the team’s feelings. The paper, which rails against ‘liberal snowflakes’ who complain about the rampant prejudice on its pages, is now cry-babying when the target is on its own chest.

The Mail is outraged by a cartoon published by The Guardian in the wake of the Finsbury Park terror attack in the early hours of Monday 19 June. The attacker allegedly ploughed a van into Muslims leaving their mosque after evening prayers. 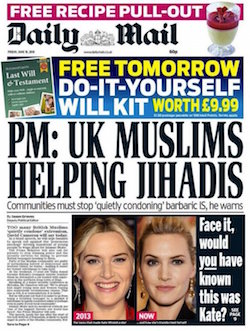 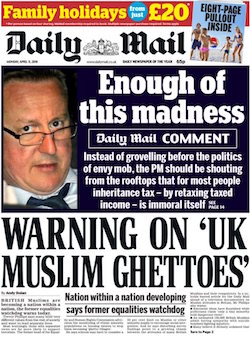 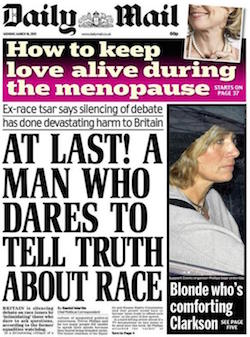 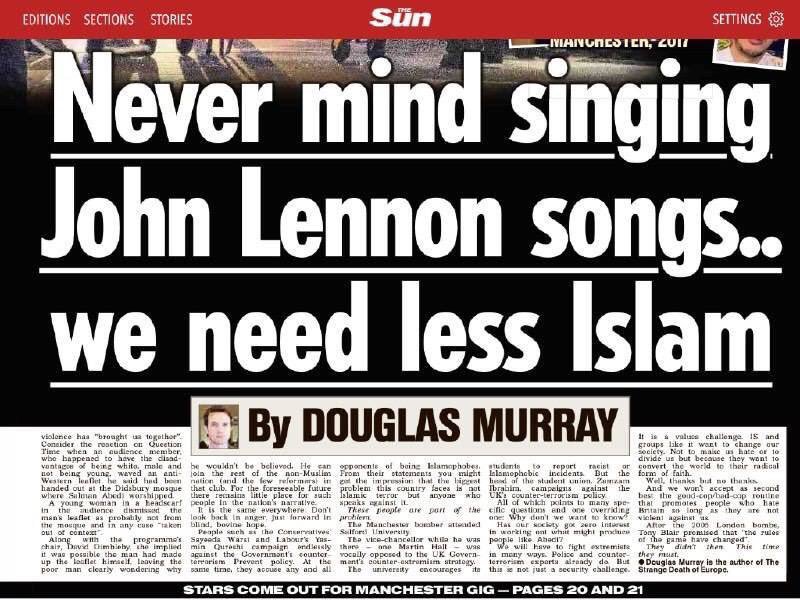 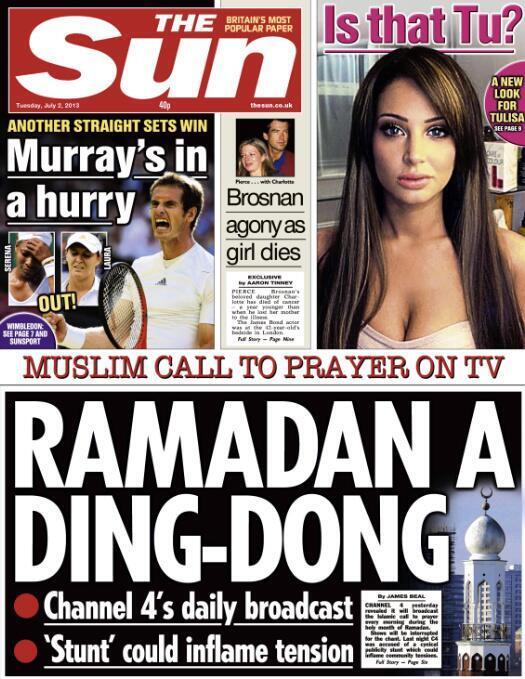 Martin Rowson's cartoon on the Finsbury Park attack, for the Guardian, is 'not f—ing about' https://t.co/Uz5yth110N pic.twitter.com/AJXLhfP96r

The Guardian‘s frank cartoon sent The Daily Mail team into a fit of the conniptions. The paper struck out with a leader on its front page which read:

And the comment piece itself was like nothing on Earth. The double-think on display is almost admirable in its scale and chutzpah. 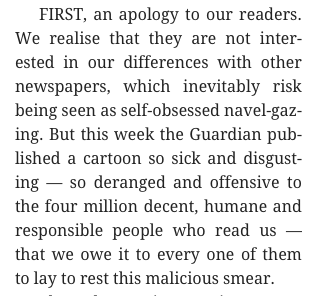 But then it got weird. The Mail began distancing itself from its own columnists – as if the last half-century of publishing never happened. Apparently, Katie Hopkins and The Mail Online are absolutely nothing to do with The Daily Mail. 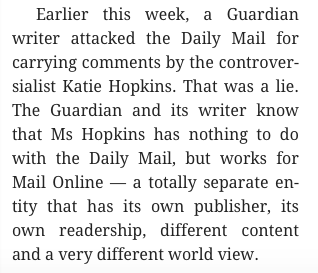 THE DAILY MAIL AND MAIL ONLINE ARE TWO TOTALLY SEPARATE THINGS, HOW DIFFICULT IS THIS TO GRASP?! pic.twitter.com/zvdedT09D7

And then, suddenly, the paper has always been against UKIP. 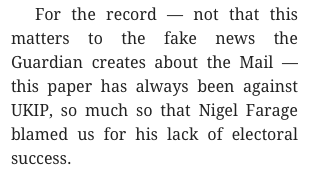 With that comment, The Mail ignores entirely the impact of its constant immigrant-bashing. The relentless scaremongering that gives oxygen to the arguments of UKIP.

But it’s the conclusion that makes the breath catch in your chest. Check this out. 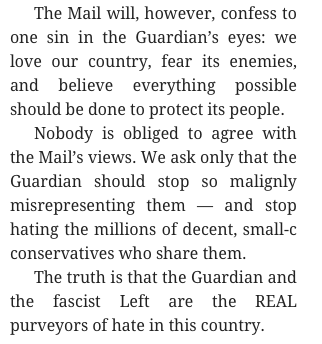 The sheer fucking nerve of The Daily Mail to cry foul in the face of a cartoon is off the charts. At the height of the refugee crisis, as the body of toddler Alan Kurdi was washing up on Turkish shores, The Daily Mail published its own cartoon. Stanley McMurtry, who goes by the pen name ‘Mac’, produced a chillingly racist cartoon for The Mail – which depicted refugees as marauding soldiers, running into Europe alongside rats. The implication being, they were one and the same. 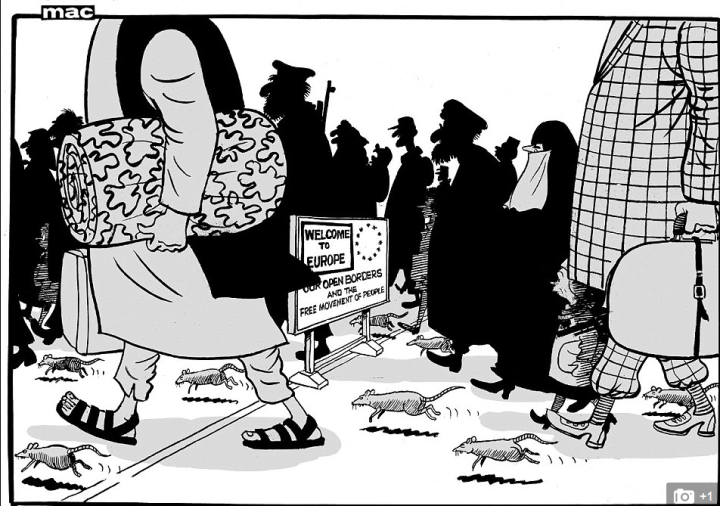 The image was a direct parallel to antisemitic cartoons published by Nazi propagandists in 1930s Germany.

A cartoon published in The Daily Mail bears a striking resemblance to a Nazi-era anti-Semitic cartoon. pic.twitter.com/QFPg23OMUo

The Daily Mail never apologised or retracted that cartoon. And while we’re at it, how did The Daily Mail treat Jewish refugees of the Nazi holocaust at the time? In 1938, as the Jewish population of Germany began fleeing Hitler, this was the welcome they received from The Daily Mail. 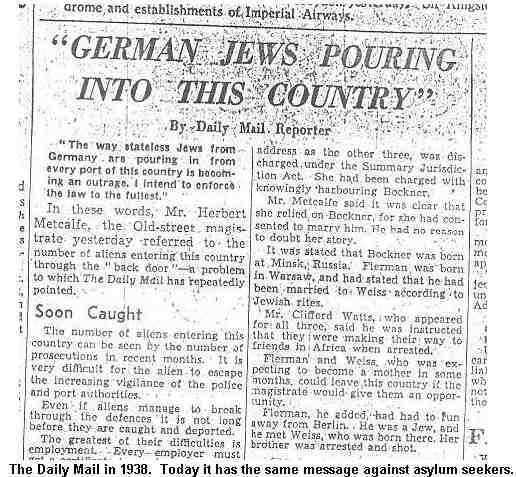 Not only did The Daily Mail propagandise against the incoming Jewish families, but it spent years cheerleading for fascism in general, and Hitler in particular. In 1934, the paper’s owner Viscount Rothermere wrote an editorial personally inviting Britons to embrace both.

The Daily Mail is the armpit of the UK press. It has continued to publish bilious prejudice over its on and offline pages, with total disregard for the consequences. It argues regularly that ‘hate preachers’ in local mosques are a danger to Britain as they could incite terrorism. But it simultaneously denies that its own hate-preaching to 1.4 million print readers and 15 million online readers every day fuels rising Islamophobia in Britain.

Not only are they hypocrites, they are cowards. The Daily Mail regularly denounces decent people as ‘snowflakes’ for calling out prejudice against marginalised communities. And when the shoe is on the other foot, the editorial team melt like ice-lollies in a furnace.

Like most playground bullies, The Daily Mail likes to throw its weight around. But they sure don’t like it up ’em.