Jeremy Corbyn absolutely hammered the Tories after the Queen's speech. The look on their faces was priceless. [VIDEO] - The Canary 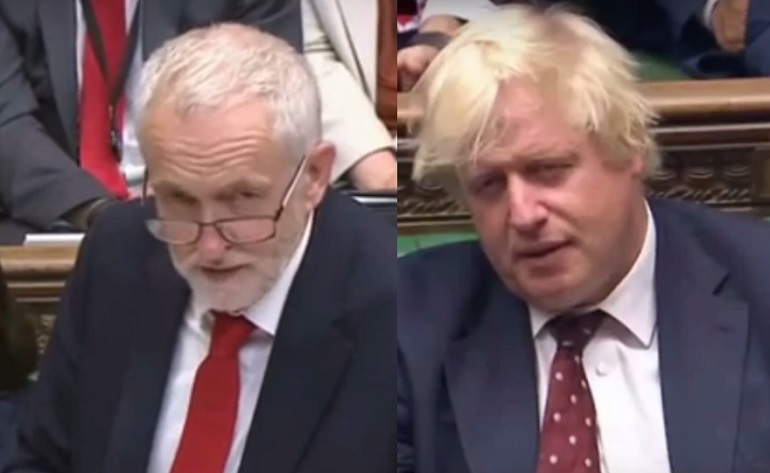 On 21 June, Labour leader Jeremy Corbyn responded to the Queen’s speech, tearing the Conservative government’s record apart with ease. So much so, in fact, that the look on a number of Tory faces was priceless.

And in four cases in particular, Corbyn was on top form.

1) Blurred lines between business and politics

One of Corbyn’s first digs came when he congratulated Newbury MP Richard Benyon on his speech. The Labour leader thanked [4:19] the Tory MP:

for taking time out from his considerable responsibilities, looking after his extensive property portfolio and tending to his directorship of the UK Water Partnership.

I hope one day a Labour government may soon be able to come to the aid of his Newbury constituents, by taking water back into public ownership, and to the aid of his tenants by ensuring there’s a responsibility on landlords to ensure all homes are fit for human habitation.

Benyon took this comment on the chin, but his facial expression suggested clear discomfort. 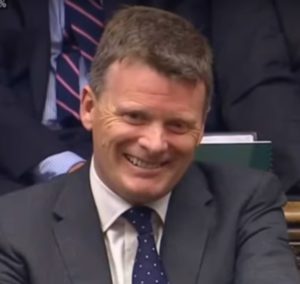 2) A plea to Theresa May

The Prime Minister was also on Corbyn’s hit list. Referring to recent disasters in Britain, he said [15:33]:

it’s not good enough to be grateful to our public service workers only at a moment of crisis and disaster. They deserve dignity. The dignity of fully funded services, the dignity of not seeing their jobs cut and living standards fall.

And he included a dig at May as the former Home Secretary:

I hope the current Prime Minister will correct the mistakes of the former Home Secretary.

Zinger from Corbyn: "I hope the prime minister will correct the mistakes of the former home secretary."

3) The lessons of Grenfell Tower

Our firefighters did an outstanding job at the Grenfell Tower fire. But those firefighters worked incredibly long shifts, in part because there are 600 fewer firefighters in London; ten fewer fire stations in London. Cuts and closures forced through by the previous Mayor of London.

Johnson’s face showed he was not impressed. 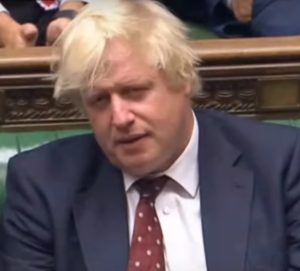 The Prime Minister says that legal support will be made available to the families affected by the Grenfell Tower fire. But they should have had access to legal aid beforehand… when they were raising their desperate concerns about fire safety…

4) On the Tories’ failed election gamble

Corbyn then explained why the Tories had failed to inspire Britain’s confidence in the 8 June election [25:08]:

Labour won almost 13 million votes at the election… That was because… we offered hope and opportunity for all and real change to our country.

The Prime Minister began the election campaign… saying: “If I lose just six seats, I will lose this election”. When it came to it, she lost more than four times that many seats to Labour alone.

From Cardiff to Canterbury, from Stockton to Kensington, people chose hope over fear. And they sent an unequivocal message… that austerity must be brought to an end.

Seven years of Conservative rule has left wages falling, inflation rising, the pound falling, personal debt rising, and the economy slowing. By no stretch of the imagination could any of that be described as strong or stable.

Corbyn was so on form, in fact, that some MPs seemed confused about who the Prime Minister was:

And it appeared that this was the main point of Corbyn’s speech – to portray the Conservatives as a party in chaos and the Labour Party as a government-in-waiting. He said [6:19], for example:

I understand the latest coalition may already be in some chaos. And nothing could emphasise that chaos more than the Queen’s speech we’ve just heard. A threadbare legislative programme from a government that’s lost its majority and apparently run out of ideas altogether.

this is a government without a majority, without a mandate, without a serious legislative programme, led by a Prime Minister who’s lost her political authority, and is struggling even today to stitch together a deal to stay in office.

Labour is not merely an Opposition… We are a government in waiting, with a policy programme… that enthused and engaged millions of people… many for the first time ever… We are ready to offer real strong and stable leadership in the interests of the many not the few.

Judging by Corbyn’s performance, it may indeed be the case that it’s the Tories who are now in disarray, and Labour which is on the front foot.