If you thought Kensington and Chelsea Council couldn't get any worse, you'd be wrong [IMAGE] - The Canary 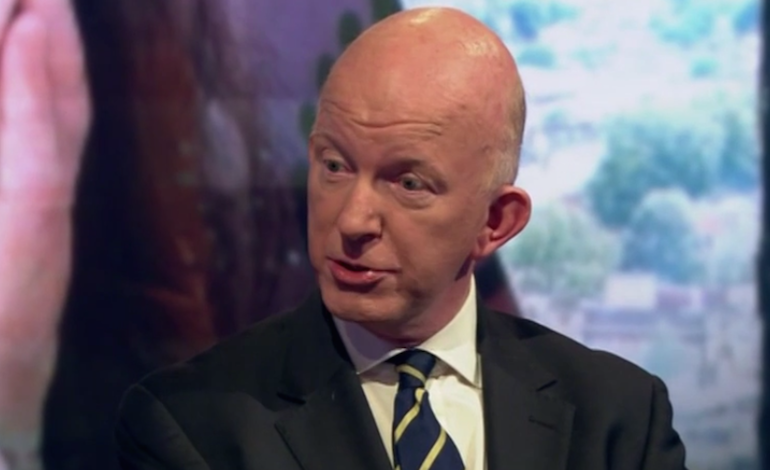 Tory-controlled Kensington and Chelsea Council has announced [pdf] that the public will be banned from the first cabinet meeting of senior councillors since a fire ripped through Grenfell Tower, killing at least 79 people.

The meeting on the evening of 29 June will be attended by Tory councillors including the leader, Nicholas Paget-Brown, and the cabinet member for housing, Rock Feilding-Mellen. Council officers and unspecified guests will also be present. 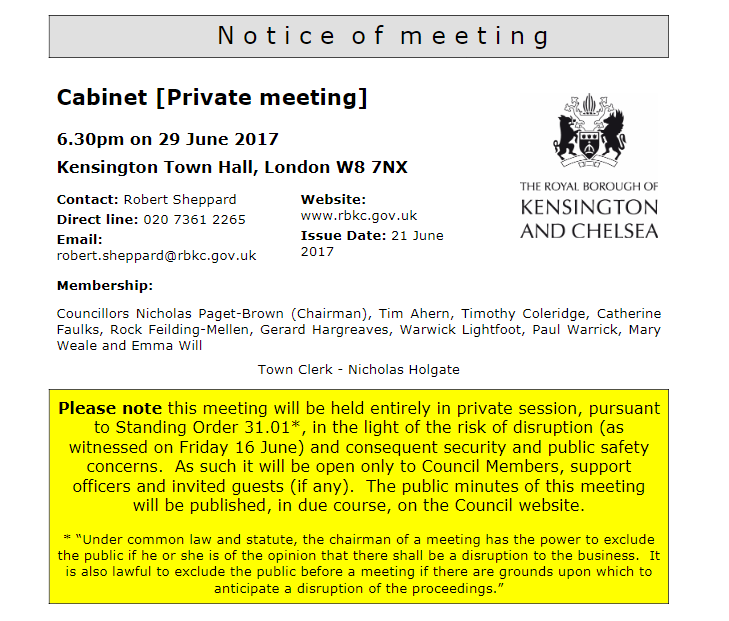 The one item on the agenda is the Grenfell Tower fire.

However, victims of the fire, who have lost family members, friends and neighbours as well as their homes, will not be allowed in to hold their elected representatives to account.

Local residents, campaigners, members of the public and journalists will also be banned.

There will be nobody there to scrutinise councillors, who have been accused of ignoring repeated warnings from residents and cladding the tower in cheaper flammable panels instead of the slightly more expensive fire retardant ones.

The council’s website states that the meeting will be held in private because of “security and safety concerns” following the protest by hundreds of residents outside the Kensington and Chelsea Town Hall on Friday 16 June.

The people on the streets that day were angry about the council’s handling of the disaster. They were demanding guarantees that victims would not be driven out of the area. The protesters only tried to force their way into the building because councillors would not come out and answer questions.

Kensington and Chelsea Council had claimed that its response to the fire was “effective”, but soon after the protest it was stripped of many responsibilities.

The public has a right to know if public policy failures contributed to this disaster. There is no justification for behind closed doors discussions.

He said that the ban would add to the feeling that residents are being ignored:

This can only contribute to further alienation of residents who feel their voice has not been listened to.

Dooley accused the councillors of trying to hide away from the people they are supposed to represent:

Decisions of the council should be open to scrutiny and conveyed to the public via independent media. Secrecy is the default position of those who seek to avoid accountability for their actions and on this occasion there is no room for anything less than complete transparency.

Kensington and Chelsea councillors have failed to listen to the residents of Grenfell Tower for years. And it looks like they are still intent on putting their fingers in their ears.