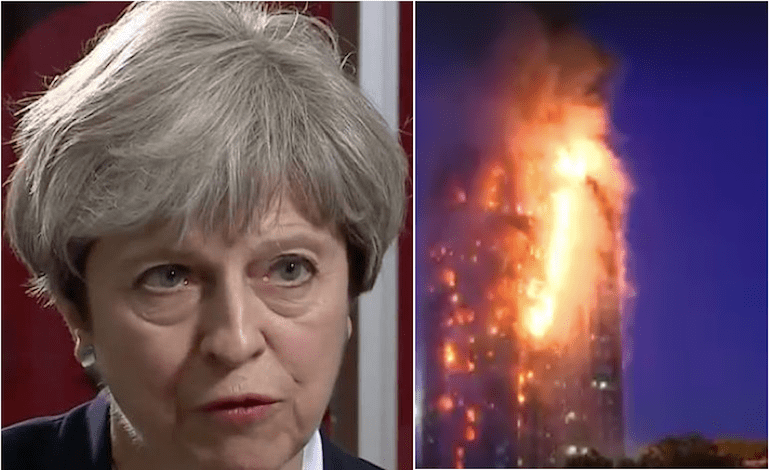 Residents from the estate around Grenfell Tower recently wrote to the Prime Minister, asking her to consult them on the public inquiry’s appointments. But after the second controversial appointment to the inquiry, they fear she is simply preparing a “stitch-up”. And it makes the mobilisation for justice happening within the community all the more important.

After urgent calls for a public inquiry into the Grenfell Tower fire, the Chief Justice has appointed a judge, Sir Martin Moore-Pick. But the move was condemned by the Radical Housing Network (RHN) campaign group, which said:

Sir Moore-Pick has a track record of facilitating the social cleansing of London, approving Westminster Council’s decision to house a single mother with five children in Milton Keynes, 50 miles away from their family and networks, a decision later overturned by the Supreme Court. The government are clearly preparing a stitch-up, trying to put a judge at the heart of the establishment in charge of the inquiry, who supports the inhumane housing policies which have led to Grenfell.

The announcement also comes after Sir Ken Knight’s appointment as Chair to advise on fire safety measures. This appointment also sparked concern for his role in some of the worst cuts to hit the fire service; and his opposition to fire sprinklers in tower blocks. RHN added in a statement:

How can we have faith in this panel to deliver the protection we need? These two appointments are yet further evidence that the establishment is not committed to providing justice for Grenfell residents, and are unwilling to put in place measures which will prevent a tragedy of this enormity from happening again.

Residents from the estate surrounding Grenfell Tower specifically wrote to the Prime Minister. They asked the government to consult them on the inquiry’s appointments and terms of reference. But a Downing Street spokesperson responded, dismissing their request:

We’ve been clear from the outset that we wish the residents to be consulted on the terms of reference of the inquiry. As for the appointment of a judge in a pubic inquiry, it follows a very specific set of rules. Essentially, the lord chief justice recommends someone to the prime minister, or whoever that inquiry is reporting back to – in this instance it’s the prime minister.

Residents pleaded with Theresa May to involve them in the decision making about the inquiry. In appointing Sir Martin Moore-Pick, she has ignored them, and appointed a completely inappropriate judge. We can have no faith that this inquiry will produce justice for Grenfell residents.

Despite these snubs to the community and failures from Kensington and Chelsea Council, the response from residents has been profound. And it now seems that they are counting on themselves to see justice through.

Writer Ishmahil Blagrove from Notting Hill has spoken extensively on media and social media about the fire and responses to it, being particularly critical of the mainstream media:

"The mainstream media is irrelevant. Your days are over. The revolution will be streamed!"

People across the entire community have been running from meeting to meeting, from group to group, from camp to camp ever since, trying to get a grip on the chaos, trying to comprehend the tragedy, and what can possibly be done about it. Asking, “How can I help? Give me something to do!” Seeing and knowing that we have been abandoned by the local authorities. It is out of that desperate vacuum that the community has mobilised in force to confront this disaster – this unforgivable government failure.

Blagrove himself helped to co-found Justice 4 Grenfell to “gather, represent, organise and coordinate” activities already taking place in the form of legal responses, youth associations, community centres and faith organisations “not only for the victims and survivors, but for all of those who know the injustices and negligence endemic to today’s social housing situation in the UK”:

What will be the lasting legacy of Grenfell Tower?

Who can you trust?

You cannot expect the people who created this disaster to allow justice to happen easily. Be vigilant. Unite. Work with those you trust.

The West London community affected by the tragic incident on 14 June have refused to allow others to whitewash events; perhaps demonstrating one of the most well-publicised grassroots efforts of recent times. And after many government promises for a fair, independent and thorough inquiry, Theresa May’s government has only proven they cannot pass the baton and place their trust in her. Instead, they continue to stand together and seek justice for themselves, their friends and their neighbours for Grenfell.