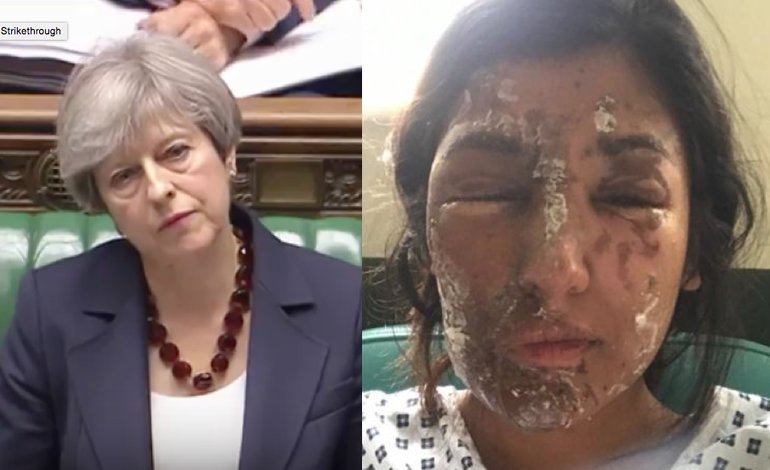 A Muslim man and woman nearly lost their lives in an unprovoked acid attack in London. Yet the media and government have completely ignored it. The apparent double standard has created a rising anger.

37-year-old Jameel Muhktar was driving his cousin Resham Khan through the capital on 21 June. It was her 21st birthday.

At 9.15am, a man approached them as they stopped at traffic lights in Beckton. He signalled for them to wind down the window.

At first, Muhktar thought they’d been the victims of a “practical joke”, telling media:

He just squirted this clear liquid over us, which I thought was water until my cousin started to scream.

I was watching her burning. Next thing I know, I’m burning, my seat’s burning, my trainers are burning, her skin’s peeling… within seconds.

The pair survived. But the attack has left both with life-changing injuries. 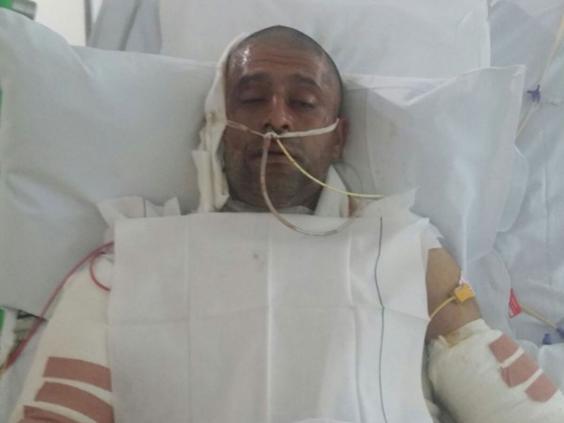 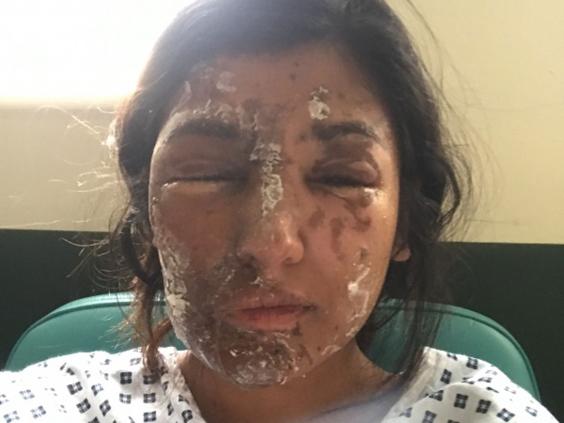 The Metropolitan Police are searching for 24-year-old John Tomlin in relation to the attack. Police advise the public not to approach Tomlin, but to call 999 if they can report his whereabouts.

The 24-year-old has published far-right rants on his Facebook page, including this from 2015:

A sleeping lion can only be provoked so much before it wakes up and attacks… and so will us British.

We will stand and we will fight. We will reclaim what is rightfully ours. We will not surrender.

Members of the public have come forward to support the victims. A crowdfunding campaign has raised more than £52,000 to help with the recovery.

What would have happened if the roles had been reversed? Imagine a Muslim man had approached a white, English couple in their car and doused them in acid. Now imagine that Muslim man had a history of radical, anti-British activity on his Facebook page. Our media and politicians would have responded differently.

The Daily Mail would have dedicated 14 pages to it. Theresa May would have organised a press conference, and we’d be holding vigils across the country.

We would also be calling it a suspected terror attack.

(b) the use or threat is designed to influence the government [or an international governmental organisation] or to intimidate the public or a section of the public, and

(c) the use or threat is made for the purpose of advancing a political, religious[, racial] or ideological cause.

(2) Action falls within this subsection if it-

(a) involves serious violence against a person,

(b) involves serious damage to property,

(c) endangers a person’s life, other than that of the person committing the action,

By this definition, it is fair to consider this a suspected terror attack.

This is not the first time our media and political class have overlooked racist or Islamophobic terror attacks in Britain.

The 75-year-old was returning home from his local mosque on an evening in 2013, when a machete-wielding white supremacist attacked him. The attacker stabbed Saleem through the back so violently the machete broke through his front. Three stab wounds killed the grandfather of 22. His killer was a 25-year-old racist who had also laid bombs at mosques in the local area.

Mushin Ahmed: this is another name we should all know, but don’t.

The 81-year-old grandfather was walking to evening prayers at his local Rotherham mosque in August 2015. On the way, two 30-year-old men set upon him. The pair attacked him so violently that they shattered his false teeth and left a footprint embedded in his face. He died from his injuries 11 days later.

It later emerged that the attackers had abused an Asian taxi driver shortly before murdering Mr Ahmed. Prosecutor Andrew Robertson QC said there was “no doubt” that they perpetrated the attack “for no better reason than Mr Ahmed was Asian”.

These two murders are just the tip of the iceberg of rising Islamophobia in Britain. Daily incidents of hate crimes against Muslims have risen by as much as 500% in recent weeks. Increasing numbers of violent bigots are using terror attacks to justify the collective punishment of all Muslims. No one was freaking out about the radicalisation of middle-aged white men in the wake of the Finsbury Park mosque attack (allegedly perpetrated by a white supremacist).

This is a gross double standard.

– Donate to support the victims of the London acid attack

– Check out Hope Not Hate

– Join the Stop Funding Hate campaign. Help take on the divisive hate campaigns of the Sun, Daily Mail and Daily Express by persuading advertisers to pull their support.