A nurse wrote to her Conservative MP asking why he voted to cut her pay. This is his pathetic response [VIDEO] - Canary 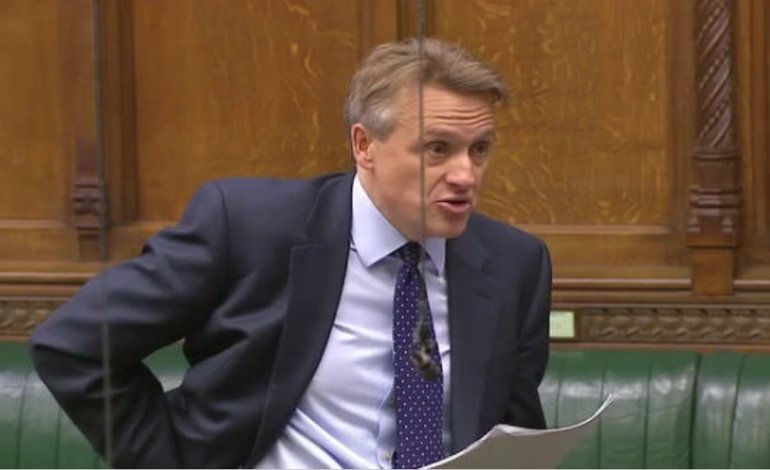 Last week, Conservatives and the DUP voted down a Labour amendment to the Queen’s speech which would have ended the public sector pay cap. The cap has frozen pay below the rate of inflation, meaning a real terms pay cut for public sector workers for almost a decade. A nurse wrote to her Conservative MP to ask why he voted to cut her pay. Here is his response in full.

In 2013, the Independent Parliamentary Standards Authority (IPSA) recommended boosting the basic salary of MPs from £66,396 to £74,000 a year. Conservative MP Charles Walker was the only MP in the House of Commons to confirm at the time that he would accept the 11% pay rise.

How did the Conservative MP for Broxbourne defend enjoying an 11% pay rise himself, while voting for a 12% pay cut for his constituent? He wrote in reply:

There is simply no chance of me, elected as a Conservative Member of Parliament, supporting any amendment tabled by the Labour Party while it is led by the Marxist duo of Jeremy Corbyn and John McDonnell. Two people who have consistently sided with the enemies of our Country and have total contempt for its institutions of governance and law.

If the Labour Party wants to be taken seriously it needs to be led by serious people. People who have the gravitas and standing of past Labour giants such as Attlee, Bevan, Blair and Brown.

Read this pathetic response to a nurse from Tory MP Charles Walker, illustrating why these Tories are unfit to represent the public pic.twitter.com/nsB17bpSKv

Even if all this were true, it would be a poor excuse to deny the nurse a proper pay rise. But as it stands, precisely none of this is true.

First, Jeremy Corbyn and John McDonnell have never sided with enemies of the British state. In 2013, the Gandhi Foundation awarded Corbyn the International Peace Award, saying:

The Trustees of The Gandhi Foundation agreed to offer him our International Peace Award in recognition of his consistent efforts over a 30 year Parliamentary career to uphold the Gandhian values of social justice and non‐violence. Besides being a popular and hard‐working constituency MP he has made time to speak and write extensively in support of human rights at home and world‐wide. His committed opposition to neocolonial wars and to nuclear weapons has repeatedly shown the lack of truth in the arguments of those who have opposed him.

Second, it is Walker’s party and government which have shown “total contempt for its institutions of governance and law”. The Conservative Party received a record-breaking fine from the Electoral Commission this year for the Tory election fraud scandal of 2015. And one of his fellow MPs was charged with a criminal offence over it. The Conservative governments since 2010 have also been found to have acted illegally on the Bedroom Tax, Workfare, and the Benefits Cap. The government was also censured by the UN for its treatment of disabled people.

And third, all four of the Labour leaders mentioned by Walker identified as socialists during their political careers.

The Attlee government came to power after World War II. It was the first majority Labour government in history. On the first day of the new parliament, Labour members sang the socialist anthem The Red Flag. Considering the hysterics from the right about a Glastonbury crowd singing “Oh, Jeremy Corbyn”, it’s unlikely Walker would have been a contemporary fan of Attlee.

Then we have Bevan, Attlee’s Health Secretary at the inception of the NHS. Aneurin Bevan was actually a proud Marxist, having read the political theory of Karl Marx at university. In his 1952 book In Place of Fear, Bevan wrote that:

No serious student who studies the history of the last half century can deny the ferment of ideas associated with the names of Marx, Engels and Lenin. Their effectiveness in arming the minds of working class leaders all over the world with the intellectual weapons showed that their teaching had an organic relationship with the political and social realities of their time.

He also once stated that, if he had any training at all, “it had been in Marxism”.

Both Blair and Brown started out as socialists. Or at least they said they were.

If we go back to Tony Blair’s maiden speech to the House of Commons, he said:

I am a socialist. It stands for equality not because it wants people to be the same, but because only through equality in our economic circumstances can our individuality develop properly. British democracy rests ultimately on the shared perception by all the people that they participate in the benefits of the common wheel.

Blair was reminded of this speech by Jeremy Paxman in an interview for Newsnight while Prime Minister. Asked if he still felt the same way, he answered:

Of course. It is exactly what we are trying to do.

And Gordon Brown was well known for his socialist origins, even serving as Editor of the socialist Red Paper at Edinburgh University.

The only difference between the former and latter halves of Walker’s list? The fidelity the pairings kept to socialist principles in the face of power. Attlee and Bevan delivered on their promises. And to a large (not absolute) degree, Blair and Brown did not.

What Walker did was deploy baseless smear in order to detract from his betrayal of his constituent’s interests. If Walker is seeking a more ‘serious’ opinion on the matter, he should consult the words of Bevan. He once said:

How can wealth persuade poverty to use its political power to keep wealth in power? Here lies the whole art of Conservative politics in the twentieth century.

It turns out they’re still at it in the 21st century too.