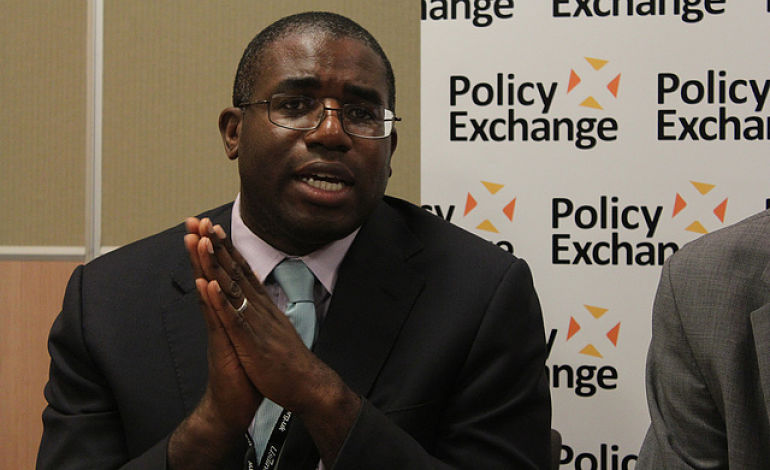 Haringey Council has ignored pleas from local MPs David Lammy and Catherine West to halt an unprecedented privatisation deal; one that has seen huge protests. The MPs raised the same safety concerns that plagued Grenfell Tower. And commentators have suggested that the decision displays the same “contempt” political leaders hold for the poorest; because the decision could mean thousands of social housing tenants are moved out.

MPs David Lammy (Tottenham) and Catherine West (Haringey and Wood Green) wrote to Haringey Council leader Claire Kober prior to a meeting on Monday 3 July to discuss the Haringey Development Vehicle (HDV). This is a public private partnership that aims to demolish existing council-owned property in order to redevelop the area with new commercial and residential property.

They urged her to suspend the scheme, writing:

In our view no decision should be taken on the HDV until a fully updated business case is evaluated and further work is carried out by an external advisor or auditor to analyse and review the risks.

And after combustible cladding was found in 181 high-rise buildings, they said any agreement with developers must include stipulations against the use of such materials.

But Kober wrote back, arguing that the proposal had been debated three times by the Haringey Labour group with an overall agreement to go ahead. She said:

After the council vote on 3 July, the private deal with multinational property giant LendLease is going ahead:

In seconds, they vote through the largest privatisation of its kind. Demolition of homes, huge payouts for Lendlease, little accountability

The decision to privatise £2bn of land and council houses received an outcry from the get-go in December 2016.

While Haringey’s cabinet gave it a provisional green light, backbenchers of the Labour council deeply opposed the largest privatisation deal proposed by a council within the UK.

If a venture like this failed the council would not have the financial reserves to bail itself out. It would also without doubt bankrupt the council and where will that leave tenants?

And the feeling on Monday night’s debate was no different. Guardian journalist Aditya Chakrabortty, who wrote a column on Haringey’s upcoming decision prior to the meeting – describing the proposals as showing “contempt” for the poorest in society – was in attendance and live-tweeted various observations.

Firstly, there would be little scrutiny around the activities of the HDV:

One cllr admits that board meetings of the HDV will not be held in public and that minutes will not be public either.

Cllr Diakides asks if the HDV will be subject to FOI. Officer says it's a 'nuanced' position – and most won't be

Then, that councillors and MPs were blindsided by the detail:

This is the volume of paperwork Haringey council released just a week before voting on their privatisation scheme. pic.twitter.com/lI2SPIKWuA

Cllr @AlanStrickland rejects call for an independent advisor to sit on HDV, saying they already have ext advisors.

And then, that there were not enough answers for the residents among concerns of social cleansing and inequality:

The question is 'Where do you propose to move us to?'. The answer is, effectively, 'we'll look for somewhere.'

cllr @AlanStrickland admits again there may be poor doors, and that he's "just being honest". pic.twitter.com/wqbV1Ny6t2

Cllr @AlanStrickland says HDV will engage local cos. But multinational Lendlease is guaranteed 60% of the first work pic.twitter.com/4I1Fw9Z6Ji

Right of return to social housing?

Chakrabortty’s comments also suggest that, even though there is a right of return for residents who must leave due to demolition, rehousing for those who prefer not to return will be prioritised; which falls in line with Chakrabortty’s previous findings, as he wrote back in January 2017:

Kober claims that a joint venture with a mega-developer is the sure route to 5,000 new houses and a sparkling town centre. To which the obvious question is: homes for whom? I’ve been through the paperwork, had dozens of conversations with councillors and locals, and put a series of questions to the council. And it’s clear they won’t be for the 8,000 Haringey families on the waiting list for a council house. If anything, this plan will add to the number who are homeless. Not by accident but by design: the plans are explicit about making accommodation in this London borough even more expensive.

And communication from the council has said “affordable housing” will be available rather than social housing. Social rents are typically 35% of market rent in Haringey, while affordable rents can be up to 80% of local market rents. So right of return may depend on whether residents can afford to return, not just whether they want to.

The 50-50 public private partnership is with Australian company LendLease, which has a $7.2bn market value.

This partner of choice adds to fears that proposed demolition and redevelopment will mean social tenants are pushed out. The multinational developer also reportedly built 2,469 homes on top of south London’s former council owned Heygate estate; after which only 82 were made available for social rent.

They also have a record of paying $56m in fines in “the largest construction-fraud settlement in New York City history”, as well as fitting non-compliant cladding and faulty plumbing in two separate hospitals in Australia.

Huge protests gathered outside Haringey Council while the meeting was in progress:

And plans to oppose the decision will go ahead. The campaign to “StopHDV” is crowdfunding for legal fees and lawyers will take court action through a Judicial Review process.

Haringey Council commented on the decision in a press release.

On concerns of social cleansing, a council spokesperson told The Canary:

We have been clear that we intend to offer all HDV tenants affected by estate renewal a guaranteed right of return on equivalent terms if that is what they want.

While also saying the “policy on the rights of tenants when there is estate regeneration is currently out to consultation”.

Responding to concerns over transparency and sufficient provision of documentation, a council spokesperson also told The Canary they had responded within statutory requirements; that the decision has come after a long process with many detailed discussions since February 2015; and that they have answered many FOI requests and questions over proposed structure, legal framework and finances. They also said that regular updates will be made to all members of the council.

The decision has caused sufficient concern that to plough ahead with such a large development vehicle without sufficiently taking the considerations of MPs, residents or council members into account is sheer derision. While avoiding the question of whether the right of return means being able to return to social housing or having to pay vastly more expensive ‘affordable’ rents. This could therefore be another disastrous decision that places profits before people.

– Read more from The Canary on Housing and Social Cleansing.