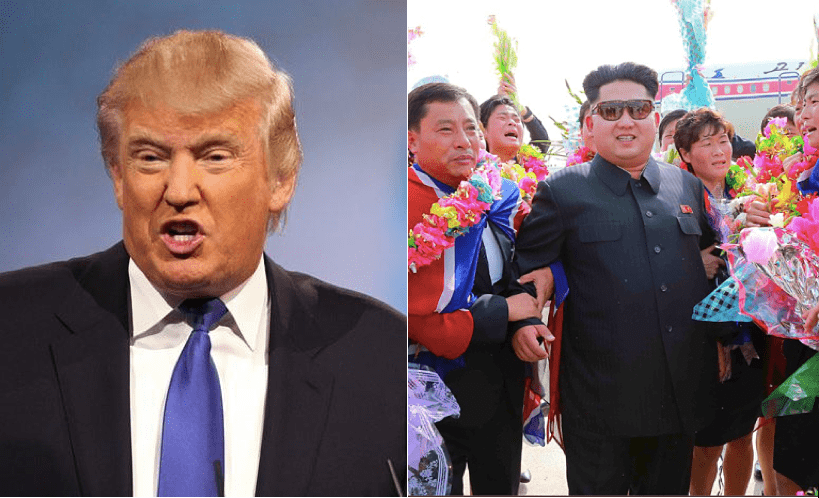 North Korea recently announced a ‘successful’ missile test. And this led US President Donald Trump to goad the country and its leader, along with regional players. But he quickly got a response that was both hilarious and frightening.

North Korea has just launched another missile. Does this guy have anything better to do with his life? Hard to believe that South Korea…..

….and Japan will put up with this much longer. Perhaps China will put a heavy move on North Korea and end this nonsense once and for all!

And whether Trump wanted an answer to his question or not, he got one:

You TWEETING "Does this guy have anything better to do with his life?" is the absolute height of irony!

Trump recently shouted on Twitter: “My use of social media is not Presidential – it’s MODERN DAY PRESIDENTIAL.”

But some commentators decided to offer examples of how recent tweets may not have been worth the time of such a powerful world leader. Like the worrying tweet of him wrestling CNN, for example:

Others suggested that Trump perhaps shouldn’t be goading North Korea on Twitter:

Do you have anything better to do than egging on WW3 on Twitter? Celebrating USA's B-Day? Or working in the situation room?

Trump’s Twitter behaviour in recent weeks and months has even led many people to question his fitness to serve as President.

Twitter aside, missile launches are actually a big deal

North Korea said on 4 July that it had successfully conducted its first test of an intercontinental ballistic missile. One reportedly capable of hitting mainland US, and any part of the world.

Both the US and Russia played down the threat. At the same time, David Wright – an expert on North Korea’s nuclear programme from the ‘Union of Concerned Science’ – said that the missile’s range:

would not be enough to reach the lower 48 states or the large islands of Hawaii, but would allow it to reach all of Alaska.

The launch was reportedly timed with “maximum political effect”, as CNN described, with the order to test taking place the day before the 4 July Independence Day celebrations in the US; and several days after Trump spoke with Japanese and Chinese leaders about the North Korea threat. The Trump Administration, meanwhile, has also been ramping up tensions with North Korea since taking power earlier this year, adding to decades of tense relations.

This approach has received criticism from a number of commentators. And his recent tweet was no different:

Dear @realDonaldTrump: N. Korea clings to nukes b/c it is paranoid it will be invaded. Using words like "end" is exactly the wrong approach. https://t.co/cS66RnVVs2

I have to reiterate that the current situation in the Korean Peninsula is complicated and sensitive.

We hope all sides concerned can remain calm and restrained so that tensions can be eased as soon as possible.

The longstanding tensions between the Washington and North Korea have seen the latter develop a nuclear programme to counter the nuclear threat from the US. So North Korea’s leader would probably answer Trump’s question about him having something “better to do” by saying he’s making perfectly good use of his time. One thing is for sure, though: Trump’s tweets are unlikely to do anyone any good any time soon.