A former Tory chancellor just insulted the emergency services live on the BBC. And everyone should hear it [AUDIO] - Canary 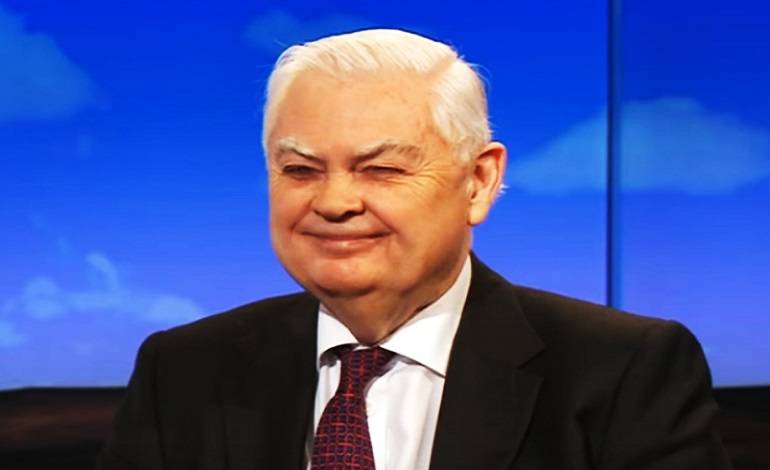 A former Conservative chancellor just dismissed seven years of austerity and cuts to emergency service workers’ pay, when he appeared on BBC Radio 4 Today on Monday 3 July. But in doing so, he showed just how out of touch and vicious the Tories are.

Lord Norman Lamont was Chancellor under John Major’s Conservative government from 1990 to 1993. He oversaw ‘Black Wednesday‘, one of the biggest financial crises of the 20th century. But he was also Margaret Thatcher’s Financial Secretary to the Treasury; overseeing the deregulation of the financial markets (the ‘Big Bang‘) in 1986. And when the subject of austerity came up on the Today programme, he made his feelings perfectly clear.

Host Justin Webb asked [2.16.30] Lamont whether he “agreed” with the previous guest, former Tory minister Stephen Dorrell, who indicated [2.14.30] that the public sector pay cap of 1% should be reviewed. Lamont used the opportunity firstly to insult the electorate and every public sector worker. He told Webb that voters:

are talking about austerity as though it was an issue of too many repeats on television, or they’d got tired of watching Poldark and wanted a better programme. But this is not a choice; it is unavoidable that we have restraint on public spending. People may not remember the fact that there was this severe financial crisis…

It has been highlighted on numerous occasions that austerity is, in fact, a choice. Not least by the conservative International Monetary Fund (IMF), which called the Tories’ agenda of public spending cuts coupled with exploding national debt “playing with fire”.

Lamont went on to say that, because debt is still so high, the government has to continue with restraint on public spending. This ignores the fact that it has been Conservative-led governments which have helped to make the country’s debt so high; increasing it by over 50% since 2010. And it also ignores the part that Lamont’s ‘Big Bang’ played in the 2008 financial crisis, that has caused national debt to explode.

But Lamont then even left host Webb gobsmacked, when he said that the cuts of the past seven years weren’t “really austerity”:

Webb was shocked. Probably because, since 2010, the Tories have cut:

And these cuts don’t take into account the broader effects of what Lamont calls ‘living within our means’. Like the UN saying that the Tories had committed “grave” and “systematic” violations of disabled people’s human rights, all in the name of austerity. Or the fact that poverty is spiralling out of control, with 14 million people – including four million children – now living below the breadline; and that, since 2010, food bank use has seen a record-breaking increase of 2,792%.

Lamont’s attitude epitomises that of the Tories more broadly. That is, that voters are stupid, public sector workers are undeserving, poor people are responsible for the position they’re in, and access to services like healthcare should be based on how much money you earn. But it also demonstrates a staggering arrogance in the face of facts which show just how damaging austerity and cuts to public services have been. Ultimately though, Lamont’s words show one very basic thing: that the Conservative Party cares for no one, apart from the richest in society.

– Join The Canary, and help us hold the powerful to account.