Now the nationwide boycott is official, it’s the beginning of the end for Murdoch’s Sun - Canary 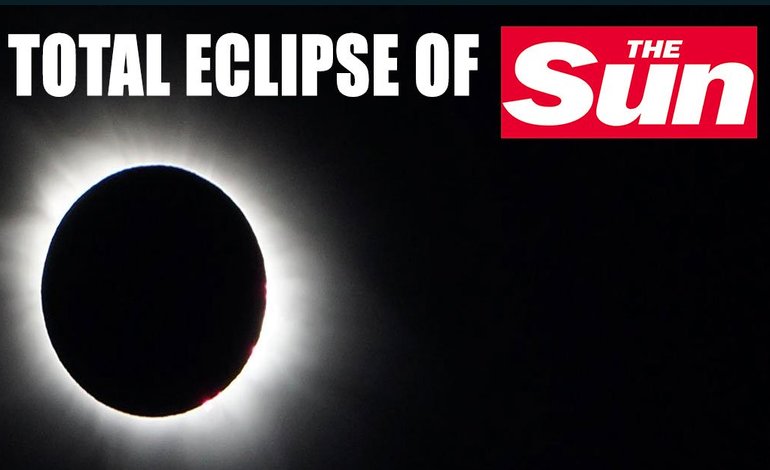 Now a nationwide boycott is official, it looks like the beginning of the end for Rupert Murdoch’s The Sun. On 2 July, fans of over 70 football clubs unanimously passed a motion to extend the boycott of the newspaper in Liverpool to the rest of the country. The Football Supporters’ Federation (FSF), representing fan groups including Arsenal, Manchester United and Chelsea, will mount huge pressure on shops across England and Wales to stop stocking the tabloid.

The decades-long Liverpool boycott has been incredibly successful. Author Chris Horrie estimates that the campaign cost News International approximately £15m a month (in 1989 prices) for the last 28 years. Now, the FSF will seek to extend that boycott nationwide.

Roy Bentham, who tabled the motion, told The Canary:

We’re gonna take [the boycott] wherever we can, to every nook and cranny, in every town and every village around, in England and Wales

On 15th April 1989, a disaster at Hillsborough Stadium in Sheffield led, ultimately, to the deaths of 96 innocent fans who had left home that morning to watch a football match.

Those fans, whose ages ranged from 10 to 67 years old, were unlawfully killed that day.

Survivors who many as we know have also taken their own lives or had lives irrevocably changed since Hillsborough too.

Contrary to the facts, the Sun published a front page story with the banner headline ‘The Truth’ which contained blatant lies.

Just four days after the Hillsborough disaster, The Sun ran a front-page article blaming football fans for the incident. As The Canary previously reported:

The Sun accused Liverpool supporters of robbing victims, urinating on policemen and beating them up. It sought to alleviate police responsibility by blaming ordinary people. But the claims began to unravel 6 months after the front page ran, as they were entirely fabricated.

Following the vote, local divisions of the national organisation will:

call on all retailers and vendors of newspapers in their areas to stop selling The Sun.

A member of Spirit of Shankly – the Liverpool Supporters’ Union – proposed the motion. After the vote, Bentham said:

We are absolutely thrilled that the motion was… passed unanimously.

Usually a motion will create some debate or amendments, but this just passed straight through without a single delegate voting against it.

Liverpool and Everton football clubs have already banned Sun journalists and the sale of the newspaper from their grounds. Bentham told The Canary that he hoped clubs will begin to extend that ban across the country following the vote.

Bentham said he would personally like to thank organisations, including the Hillsborough Justice Campaign, the HFSG and Hope for Hillsborough, that have backed the campaign from “day one”.

The trade unionist also pointed out that the campaign went beyond The Sun. The Spirit of Shankly member said it was also about fighting the mega-rich Premier League trying to “squeeze” more and more money out of ordinary people.

The Sun‘s wall of shame

The FSF motion was predominantly about Hillsborough. But there are other reasons people have recently called for a mass boycott of The Sun. The newspaper’s front-page responses to two of the recent terror attacks in the UK prompted strong criticism. The Manchester bombing on 22 May killed 22 people and injured 59. After the bombing, The Sun ran a front page placing an image of the youngest identified victim of the attack (8-year-old Saffie Rose Roussos) right next to her killer. And The Sun‘s response to the 3 June London terror attack, where seven people were killed, also provoked a backlash. The outlet appeared to link Arsenal Football Club to the terror attack:

The Sun claims to represent the grassroots. But now, it looks like the grassroots will bring about its downfall. Fans of over 70 football clubs across the country will lobby their local areas to stop buying and selling The Sun. The motion could well be the beginning of the end for Murdoch’s paper.