In his first speech, this ex-postman vows to take back what George Osborne ‘stole’ from us [VIDEO] - Canary 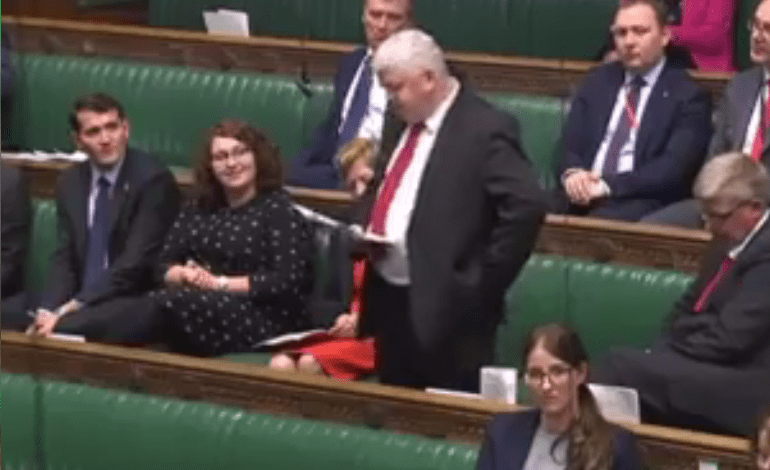 Former postman Hugh Gaffney has vowed to take back what George Osborne has “stolen” from us. The newly elected Scottish Labour MP called out Osborne’s privatisation of the Royal Mail in his maiden parliamentary speech:

Royal Mail was not for sale, it was stolen and I do aim to return this great public service back to its rightful owners and that is the residents of the UK.

Former Chancellor Osborne sold off 60% of Royal Mail in 2013. By June 2015, the Conservative government had flogged the remaining public shares in the 500-year-old institution, leaving the service fully privatised. Gaffney, who wore his former Parcelforce uniform on his first day in parliament, announced he’s coming for the profiteers:

I can tell this House today – to the private profiteer hedge funders – I am coming to take back my sons’ and daughters’ money stolen by people who have no interest in Royal Mail other than the pounds for profit.

Losing the taxpayer a fortune

Before privatisation, Royal Mail made the taxpayer money. The service revealed profits of £440m in 2013, up from £152m in 2012. Also, Royal Mail has only increased in share value. In 2013, Osborne sold the majority of Royal Mail at 330p a share. This year, Royal Mail shares are worth 446.8p each.

In the 2017 general election, Gaffney took the Coatbridge, Chryston and Bellshill seat from the SNP. Having worked for Glasgow Parcelforce for over 25 years, the former trade union representative wants to fight mail privatisation.

In 2014, the parliamentary Business, Innovation and Skills committee argued the Conservative government sold off the 60% share in Royal Mail at £1bn cheaper than its value. But the long-term losses for ordinary people are difficult to calculate. Although the Conservatives have privatised Royal Mail, people and businesses still need to send and receive parcels. So we end up renting the service back at a higher cost.

Chiming with Gaffney, the 2017 Labour manifesto pledges to reverse Royal Mail privatisation at “the earlier opportunity”. The manifesto went viral online. During the election, the full PDF document received over 63,000 shares in only a few days.

Newly elected Gaffney used his maiden speech to highlight what the Labour manifesto calls a “historic mistake”. The Labour MP points out that Osborne’s Royal Mail sell-off only benefits rich shareholders at the expense of ordinary people. So let’s bring the service back in-house. The profiteers can do one.

– Understand the privatisation scam. Check out We Own It