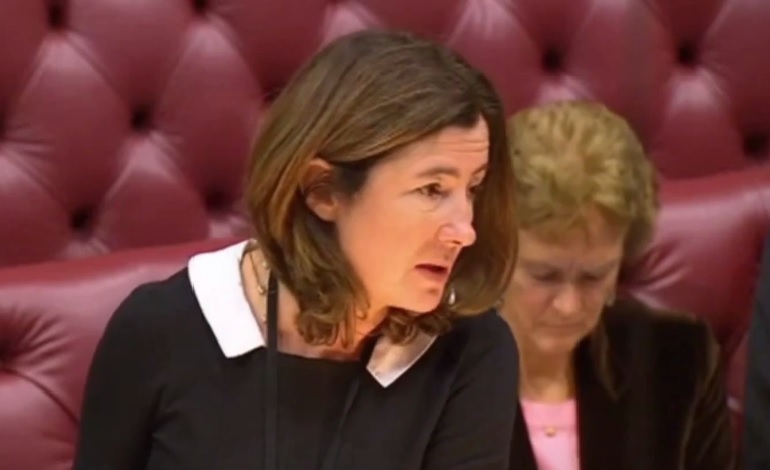 A Tory minister’s scandalous remark has dropped the UK government in a deep pile of shit.

Speaking in the House of Lords, Home Office Minister Baroness Williams of Trafford claimed that immigration detainees “benefit” from the work they undertake in detention centres. But there’s a problem. Because revelations show detainees are working for only £1 an hour.

Furthermore, Williams refused to fully confirm who really benefits from these “slave” wages through cost-saving. It can only be the private companies running the centres or the government itself. Williams did, however, say that the work “is not there” to boost profits for the private companies.

It certainly ‘is there’ to make someone a massive saving, though. And whether that’s the Tory government or these scandal-ridden companies, there should be hell to pay.

A freedom of information request by Corporate Watch highlighted the low wage in 2014. It found that companies running detention centres had paid detainees a total of £45,438 for 44,832 hours of work.

According to The Guardian, the Home Office believes that £1 is too high; but it “reluctantly” backed the rate because it was “too risky” to pay less – i.e. it feared criticism.

Peers from other parties probed Williams over the rate on 4 July. She faced a question about whether the government was “proud” of paying “people who have committed no crime” so little. And peers pressed her on who was benefiting from the savings. Labour peer Lord Rosser said these savings could amount to £300,000 a month.

Williams told peers that the work was voluntary. And she argued it was good for detainees:

In response to questions on who profited from the work, she said:

The work is not there to prop up these private companies’ profits… Who benefits is the detainee.

Williams told peers that the Home Office is reviewing the wage. And no wonder, when it’s currently facing a legal challenge over the “slave labour” pay. But she did not divulge who’s profited from this terrible treatment – conduct the UK would likely condemn elsewhere.

If it’s companies like Serco and G4S, both mired in scandal, that’s appalling. But if this abuse of vulnerable asylum seekers is down to the Tory government’s obsession with cutting corners at all costs, that’s equally dire.

Of course, any money the government saves is essentially added to the public purse. Although the way the Tory government may choose to use those savings – corporate tax breaks or more weapons – may not exactly chime with the public’s idea of money well spent. But outside of prisons, our civil society and politicians don’t accept sweatshops in other circumstances in order to save money.

Despite Williams’ scandalous remark, detainees don’t “benefit” from slave labour. Someone does, though. And ministers need to come clean and reveal exactly who that is.

– Write to your MP urging them to demand answers from the government.