Jeremy Corbyn just set a new record for the Labour Party. And Theresa May will be absolutely furious - The Canary 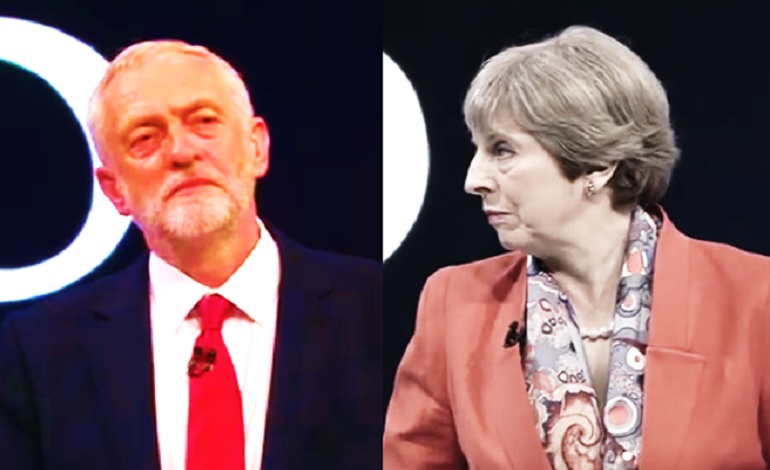 Jeremy Corbyn’s Labour Party has just set a new record. And it’s one that is heartening news for the Labour leader, but disastrous for PM Theresa May.

YouGov has released [pdf] its latest Westminster voting intention polling. And if you trust polls, it’s very good news for Labour. In line with the trend since the general election on 8 June, Labour is ahead. But the party under Corbyn has now set a new record; as the polling company has put Labour on 46% – its highest ever scoring in a YouGov poll.

This now puts Labour 8% clear of the Tories (38%). But delve a little deeper, and the results make even better reading for Corbyn.

The poll now puts Labour ahead of the SNP in Scotland (36%/31%). Corbyn’s party also leads in all areas of the UK except the south. And Labour has managed to gain both Conservative (3%) and Lib Dem (29%) voters from the general election. But the YouGov polling gets even more interesting when you compare it to the last survey before the election.

YouGov’s final election polling, conducted from 5 to 7 June, put Labour on 35% and the Tories on 42%. So according to YouGov, Corbyn’s party has surged 11% while May’s has dropped 4%. And Labour has gained:

The YouGov results for socioeconomic status also show a Labour surge. There are six socioeconomic grades, which group people together by wealth, employment, education etc. A is the ‘highest’ and E the ‘lowest’. And in groups A, B and C1, Labour has gone from being 6% behind the Tories before the election to now leading them by 12%. It has also drawn level with the Conservative Party in statuses C2, D and E.

Finally, Labour has surged in London. Prior to the election, the party was on 41% in the capital; a 4% lead over May’s Tories (37%). But now, Corbyn’s party is sitting at 57%. And the Tories have collapsed, with YouGov predicting that they’d only pick up 29% of London voters if an election was held.

When’s the next general election?

But how does the latest polling compare to YouGov’s post-election voter analysis? Again, it’s good news for Labour. According to YouGov’s survey of how 52,615 people voted on 8 June, the party has gained:

There could be myriad of reasons for Labour’s polling surge over the Tories: May’s £1.5bn ‘magic money tree’ deal with the DUP; the Grenfell Tower tragedy; continuing chaos around Brexit; and the Tories’ unwillingness to move on the public sector pay cap, to name but a few. And while polling should always be taken with a pinch of salt, it would appear that, if a general election were to happen tomorrow, the PM could be in serious difficulty. Because Corbyn is now in his strongest position yet.