We need to talk about why the internet is falling in love with Jacob Rees-Mogg, because it's not OK [OPINION] - Canary 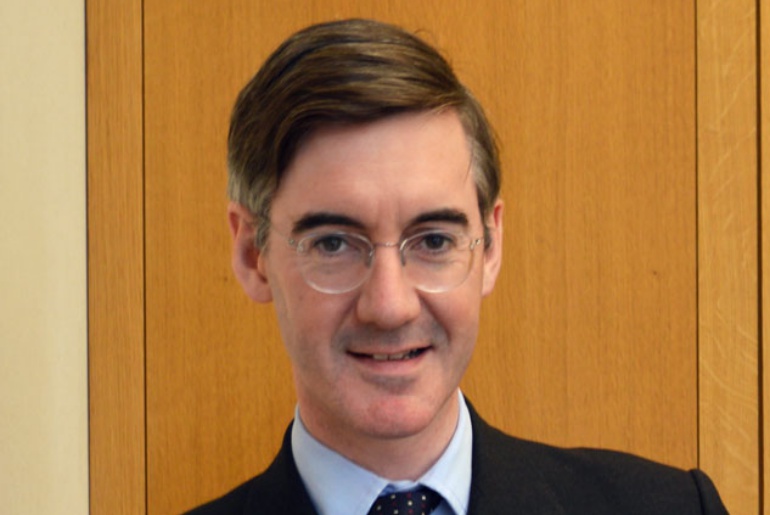 We need to talk about Jacob Rees-Mogg. Urgently. Because the MP is fast becoming a social media star. He has nearly 30,000 followers on Instagram, and the birth of his sixth baby caused him to trend on Twitter. There is now even a campaign for him to be the next prime minister.

While people might want to laugh at the self-confessed toff, there is a serious problem that we can’t just dismiss. It only takes a quick look at Boris Johnson’s career to see how far a person can get as a supposedly lovable, straight-talking toff. Because as an MP, Rees-Mogg’s voting record is appalling. And he is better known as a ‘filibuster’ who has talked out really important pieces of legislation.

But underlying this, we also need to be talking about elites and hierarchies; and why anyone thinks yet another out-of-touch Etonian Oxbridge graduate should be in charge of the country.

Following the birth of his sixth child and his appearance on Question Time, there’s been a love-fest happening for Rees-Mogg on Twitter:

Many seem to think he should be the next leader of the Conservative Party:

You know, I never thought I'd say this, but if Jacob Rees-Mogg somehow became PM it'd be the best possible thing for the UK right now.

In fact, he has become so popular that the odds on Rees-Mogg becoming the next PM have also been slashed from 50/1 to 16/1.

There are a lot of jokes, many of which are made with affection, about Rees-Mogg being an old school gentleman who is more at home in 1923 than 2016. But it is not just his clothes and Bentley that are from a bygone age. It is also his politics and voting record.

Rees-Mogg has voted against gay rights, against equality and human rights, and against climate change measures. He has also voted for reducing spending on welfare benefits, the bedroom tax, and less money for disabled people:

But while he was happily denying more money for those most in need, Rees-Mogg welcomed [paywall] a £7.6m payment from The Treasury to the largest private manor house in the country. In the Autumn Statement, Chancellor Philip Hammond announced that stately home Wentworth Woodhouse will receive £7.6m to fund its restoration. Wentworth Woodhouse is Rees-Mogg’s wife’s ancestral home.

This is an MP who celebrated the government giving £7.6m to restore a 350 room private house but who voted repeatedly for keeping the bedroom tax

Rees-Mogg is also well known as a filibuster. He is one of a group of MPs that deliberately wastes parliamentary time to ensure backbench bills are unable to get off the ground, let alone be voted on.

He attempted, for example, to talk out a private member’s bill repealing the bedroom tax and talked out a bill to tackle the current dangers to the NHS.

Labour List described Rees-Mogg’s behaviour during a bill on sustainable livestock, which was supported by Friends of the Earth:

So we sat there, fuming while Jacob Rees-Mogg read out lines of poetry from a mug he’d possessed in childhood, and told us all about the superiority of Somerset eggs and a pig called the Empress of Blandings who lived on potatoes and won prizes. (Tony Baldry had told us earlier he owned two sows called ‘affectionately’ Hazel and Harriet, which Hazel and Harriet would no doubt regard as a lovely gesture). And then the Mogg moved on to Bazalgette and the sewage system, and the battles of Agincourt and Crecy, and the fact that he didn’t much care for Thai chicken because it was too spicy…

The rule of the elite

Rees-Mogg is part of the ruling elite. Like David Cameron and Boris Johnson, he went to Eton and Oxford. He is in a class of people brought up expecting to rule. A report from 2014 found that the UK is “deeply elitist”, with 59% of the cabinet at the time going to Oxbridge.

One of Labour’s newest MPs, Laura Pidcock, summed it up in her first speech to parliament:

Now I turn to this place. This building is intimidating. It reeks of the establishment and of power. Its systems are confusing, some may say archaic, and it was built at a time when my class and my sex would have been denied a place within it because we are deemed unworthy.

And this rule of the elite isn’t constrained to government. Oxbridge graduates made up 75% of senior judges, 50% of diplomats, 47% of newspaper columnists, and 33% of BBC executives.

Rees-Mogg and his eccentric aristocratic ways are nothing to laugh about. They represent everything that is wrong in our society and everything we should want to change. His recent rise in popularity should not be lightly dismissed, especially given recent upsets in politics. The Tories are desperately looking for a ‘character’; a ‘BoJo’ who isn’t tainted by actually being Boris Johnson.

And Rees-Mogg could provide this. This means we could end up with a prime minister who shows contempt for democracy, and is opposed to gay rights and human rights. He is part of a ruling elite that has governed us for centuries and expects to govern us for centuries still to come.

Rees-Mogg’s rise in popularity shows that we have a long way to go before people start talking about ruling elites and seriously questioning why having yet another white Etonian male prime minister is a good thing. But we need to start. And that start doesn’t come from sharing his Instagram posts or making comments on the name of his baby.

– Become a member and support The Canary