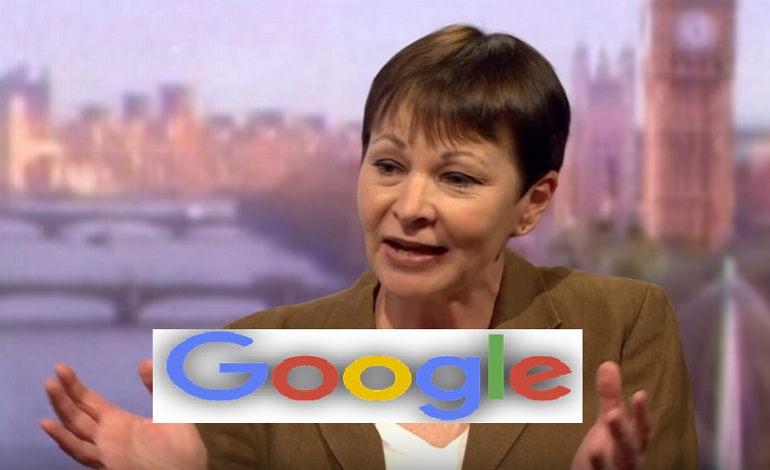 Green Party co-leader Caroline Lucas has used some less-than-tasteful branded merchandise that Google sent her to remind us all about its tax affairs. It comes as Google faces a court judgement, which could see it slapped with an unpaid tax bill of £1bn. So the shade the Green MP threw at the corporate giant was short, to the point and very timely.

Google sent Lucas a branded mug and coaster set, which it personalised for her constituency of Brighton Pavilion. But she was obviously not impressed with the ‘freebies’. And she took to Twitter to make her feelings known:

Hey @Google, thanks (not) for the naff mug & coasters "personalised to [my] constituency". Frankly, I'd rather you paid your taxes. pic.twitter.com/gAek1349ni

Lucas’ comments come as Google waits to hear the verdict in a French court case. Authorities there have taken the corporate giant to court over £1bn in unpaid tax. Google stands accused of diverting French revenue through Ireland to reduce its tax bill.

A history of dodgy tax

But the tech giant has repeatedly been dogged by controversy over its tax affairs. At the height of the scandal, Google was making about £3.8bn in UK revenue, but not actually paying any British tax on it. The company was, as in the French case, declaring the revenue in Ireland, and then paying most of that money to a subsidiary company based in Bermuda.

In 2016, HMRC forced Google to pay back £130m in unpaid tax; an amount which Labour’s John McDonnell called “trivial”. But Google’s latest tax return also came under intense scrutiny, as it again appeared that the company wasn’t paying enough tax.

In March, Google reported £36.4m in tax paid on UK sales of £1.03bn and a pre-tax profit of £149m, for the 12 months to the end of June 2016. But the UK sales figure did not include nearly £5bn of revenue which the company was still diverting through Ireland.

It is a national disgrace that by paying just £36m in tax Google could have an effective tax rate lower than many working families in our country. And it exposes the complacency at the heart of this Tory government, which is allowing this to still continue despite last year’s scandal.

As an international business, we pay the majority of our taxes in our home country, as well as all the taxes due in the UK.

In bed with the Tories

Tax avoidance and evasion are subjects which go in and out of the headlines. But it is an area of government policy where the Tories have been less than robust in clamping down. It’s no surprise though, really, when you look at the list of Conservative Party donors prior to the general election. As it was a who’s who of tax avoiders, property developers, and crony capitalists. So while we have a government that has vested interests in people not paying their fair share of tax, it will continue to be pay caps for some, and tax breaks for others.