Nick Robinson tries to trap Labour's Rebecca Long-Bailey live on air. But she's having none of it [AUDIO] - Canary 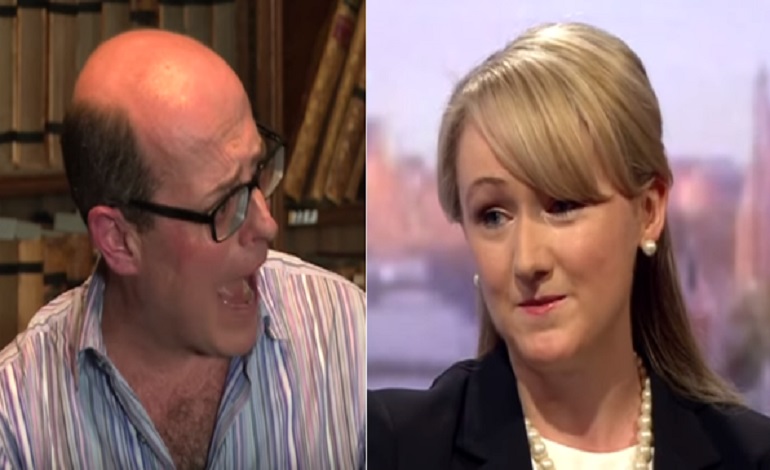 Labour’s Rebecca Long-Bailey took Uber and the ‘gig economy’ to task on BBC Radio 4‘s Today programme on Tuesday 11 July. And the Shadow Business Secretary didn’t mince her words during a debate about a new government review into working practices. But when the host tried to trap Long-Bailey, she completely out-manoeuvred him.

Long-Bailey was discussing the Taylor Review into UK working practices. The report details measures to stop the exploitation of workers in precarious low-paid or self-employment, such as people who work for firms like Uber and Deliveroo. Host Nick Robinson asked [1.10] Long-Bailey:

Do you refuse to ever take an Uber, because you just don’t think morally it’s quite right?

She was unequivocal in her response:

I don’t personally use Uber, because I don’t feel that it’s morally acceptable… I don’t want to see companies… model their operations on the Uber model… If it looks like a job or it smells like a job, then it is a job.

No flies on Long-Bailey

But Robinson then tried to catch Long-Bailey out on the subject of cash-in-hand working, which the Taylor Review says should end. The host asked whether Long-Bailey “would refuse, personally, to give someone cash-in-hand”. She said [from 4.45]:

No, I mean I think you need to have a look at the situation as it arises, really…

So you would give cash in hand?

Well, for example, if I take a taxi in Manchester…

Ah, but that’s different. That’s not avoiding tax, is it?

But she was having none of his game-playing:

The Taylor Review makes a series of wide-ranging recommendations about the ‘gig economy’. It says that:

But the review has already come in for criticism from Labour, the Green Party and trade unions. Green Party co-leader Jonathan Bartley said in a series of tweets:

I worry that many gig economy employers will be breathing a sigh of relief this morning. From what we’ve seen, this review is not the game-changer needed to end insecurity and exploitation at work.

The Taylor Review, as with many Conservative-commissioned reports, is half-baked and full of holes. On the one hand, its author Matthew Taylor says “Bad work – insecure, exploitative, controlling – is bad for health and well being”. But on the other, he warns against any new “national regulation” and says that employers already face high, non-wage costs that should not be increased.

And just to make the review even more cynical, one of the panel of authors is an investor in Deliveroo. A firm that has been heavily criticised by MPs for its employment practices, like making staff sign a contract promising never to go to court to dispute their self-employed status. So the Taylor Review is yet more lip service by a government firmly on the side of the bosses, not the workers. To coin Long-Bailey: if it looks like a Tory review and smells like a Tory review, then it probably is a Tory review.