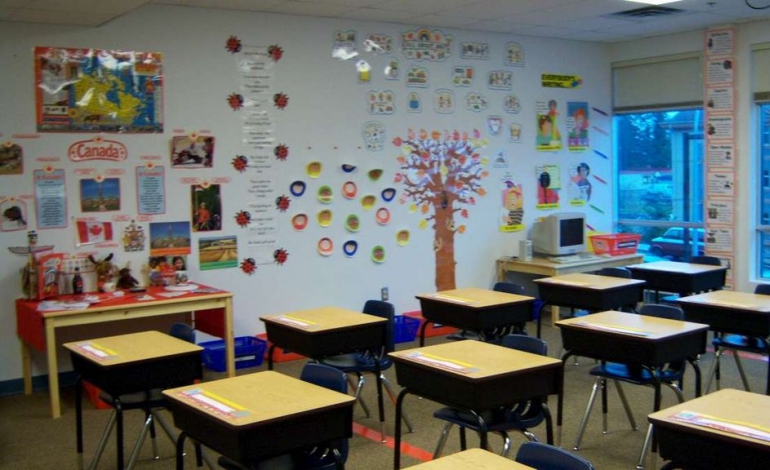 10- and 11-year-old children are being punished in their Sats exams for the most ridiculous reasons. And to make things even worse, assessors are apparently being told to destroy marking guidelines that teachers are not allowed to see.

Teachers took to Twitter to illustrate how their pupils were penalised by the marking system:

This is a common one too. Why only one mark when mark scheme says any of the following combinations pic.twitter.com/fgkiNoj8vZ

Others showed examples of work that was marked as incorrect because the letters were just outside of the printed boxes:

Perhaps accounts for that then. The top M hanging just out the box. Answer is correct! pic.twitter.com/QZO0KaZeFI

And other examples were just unfathomable as to where marks were lost:

Have a look at these beauties. #shambles pic.twitter.com/GgOagXByE7

But perhaps worse of all, some children lost marks because of misshapen semi-colons or a lower case “k”:

I'm finding this level of pedantry frankly bewildering #SATsshambles Struggling to spot the difference between K1 and K2 pic.twitter.com/eI83t9Qqsf

One primary school gave a perfect example of this shambles:

A Semi-ColonGate inspired quiz: 9 of these answers got a mark, one didn't. Which number got zero marks? #SATSshambles @educationgovuk pic.twitter.com/GCOWtgqZTk

But to make things even worse, assessors are using secret guidelines that teachers are not allowed to see and which are destroyed afterwards.

All forms of marking guidance should be transparent and available to schools. You need to tell teachers this [the marking guidance] in advance, otherwise people feel the goalposts have shifted and what you are trying to do is catch children out rather than recording what has been taught.

An example of this is in the semi-colon rule. According to the guidelines given to teachers, a child should get a mark if the semi-colon is in the right place. But the Pearson assessors gave extra guidance to markers showing exactly what the semi-colons should look like:

Extra rules for the use of semi colons, which only markers are entitled to #SATsShambles #semicolongate Spiteful pedantry 😡 pic.twitter.com/0xPN63hP8a

Debra Kidd, an education consultant and former teacher, shared the guidance on social media. She claimed:

For 10- and 11-year-olds to be judged negatively on something that was not in the question seems inhumane. If teachers appeal, they have to be pretty certain they are going to be successful.

If teachers can’t be successful because of marking criteria that they didn’t see, that is Kafkaesque. You are appealing against a system but you don’t know the rules.

The new Sats already punish children by asking obscure and unnecessary grammar questions. In 2016, Green MP Caroline Lucas asked then Prime Minister David Cameron if he could “explain what the past progressive tense is”, to “differentiate between a subordinating conjunctive and a coordinating conjunctive”, and to “set out his definition of a modal verb”.

But Cameron was unable to answer and replied:

The whole point of these changes is to make sure our children are better educated than we are.

Education minister Nick Gibbs was also unable to answer Sats questions when asked in an interview.

Meanwhile, children as young as ten are being told they are failures because they can’t answer these questions. And now, this latest scandal shows that even when a right answer is given, children are not getting marks if their semi-colons don’t fit a certain standard.

Time for a change

Although many schools are very good at reassuring children that Sats do not judge who they are or their abilities, things need to change; and urgently. Unfortunately, Sats do matter because the result follows the child into secondary school, and for years the predictions on how well they are expected to do in exams is predicated on the results of a pointless test.

But there also needs to be a fundamental change in our approach to education. Teaching children of any age should be about inspiration and excitement – it should be about thinking, questioning and thirst for knowledge. It also needs to be about having fun and learning through play. Anyone cynically minded would think the current education system is more about producing children who can follow orders and tick the right boxes rather than discovering inquisitiveness and creativity.

– Find out more about boycotting Sats and supporting schools.