The Mail whips itself into a frenzy over a female Doctor Who. But one video shows exactly why it’s needed - Canary 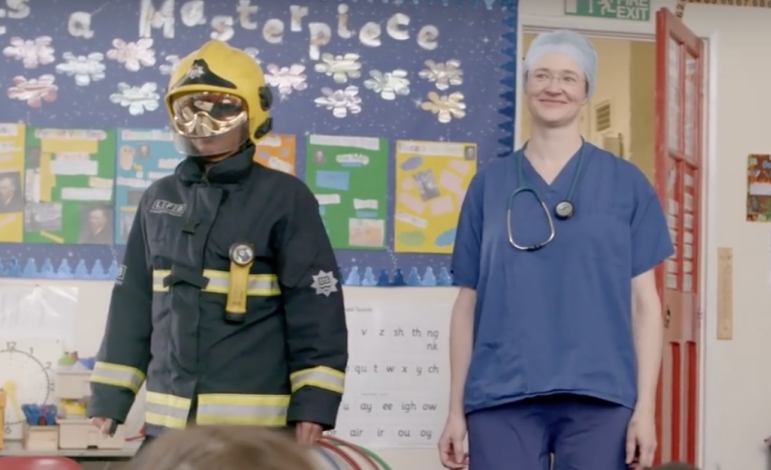 On Sunday 16 July, the latest incarnation of Doctor Who was announced. The 13th doctor will be a woman, played by actor Jodie Whittaker. But while The Daily Mail has gone into meltdown over men now being “relegated to sidekick status”, a powerful video with primary school children shows exactly why we need a female doctor.

Writing in The Daily Mail, Christopher Stevens claims that:

Switching the Doctor’s gender is just another example of this endemic sexism in TV fiction.

In almost every new British drama, men are relegated to sidekick status or else cast as moral weaklings with a vicious streak. Characters fall into two distinct categories: women good, men bad.

But it’s unclear how or what he is basing his information on. Even amongst the dramas he cites, Broadchurch, for example, has both male and female leads with Oliva Coleman and David Tennant. Meanwhile, BBC dramas such as Peaky Blinders, Luther and Line of Duty all have male leads. They also have strong and complex female characters.

Stevens even has a problem with Game of Thrones:

Even in telly’s most unlikely fantasies, the women rule while the men crawl. Game Of Thrones returns today with a woman on the Iron Throne, and another coming to claim it. The world of Westeros is now a femocracy.

Although given the fact that we’ve gone through six seasons of misogyny, rape and brutality towards women, you could be forgiven for thinking that it’s about time women were in charge. And the final scenes in Season 6 of kick-ass women taking control across the kingdoms were worth waiting for.

But then context is everything. Stevens’ archaic views are in a paper that seemingly wishes we still lived in the 1950s. And on the same day his column was published, the “Don’t Miss” sidebar on the website was busy relegating women at the top of their fields to the clothes they wear and weddings: 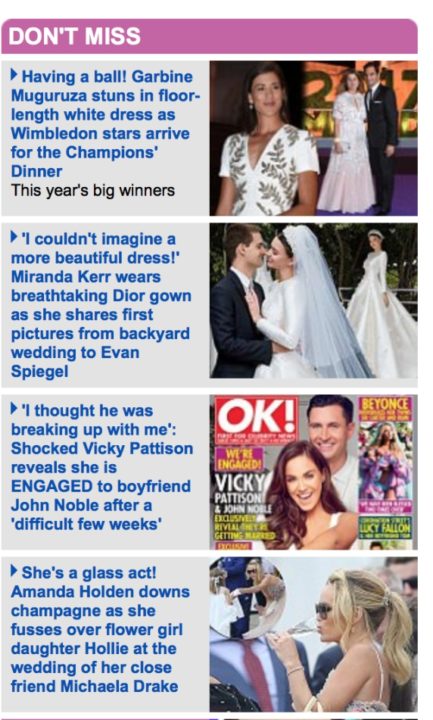 A female Doctor is needed

But whatever Stevens’ views on the world of TV drama, a video from 2016 shows exactly why a female Doctor is needed. The film by MullenLowe London shows primary school children being asked to draw a firefighter, a surgeon and a fighter pilot.  Out of 61 pictures they drew, only 5 were women.

Following the exercise, the children got to meet women who do these roles:

Sexism starts early and its attitudes are ingrained. A survey in February 2017 showed that 57% of teachers admitted to subconsciously stereotyping boys and girls. More than half of parents also admitted to the same subconscious stereotyping. And this is impacting on the number of girls taking science, technology, engineering and mathematics (STEM) subjects.

We have to address this by doing more to spark and retain girls’ interest in STEM at an early age, while expanding perceptions and demonstrating what a career or a person who works in STEM looks like beyond the traditional stereotypes.

As 8-year-old Daisy showed us when her YouTube video about gender stereotyping in children’s clothing went viral, everyday sexism is alive and kicking. As Daisy puts it:

And all of this shows that, now more than ever, we desperately need a female Doctor Who. And the fact that it’s taken until 2017 and we’re even debating it shows what an issue it actually is. There are centuries of oppression, sexism and stereotyping that all need breaking down and that are not disappearing even amongst the youngest in society.

But if Stevens and his ilk at The Daily Mail feel threatened by it there’s a simple solution. They just need to get in the tardis and travel back to 1950 where they’ll feel much more at home.