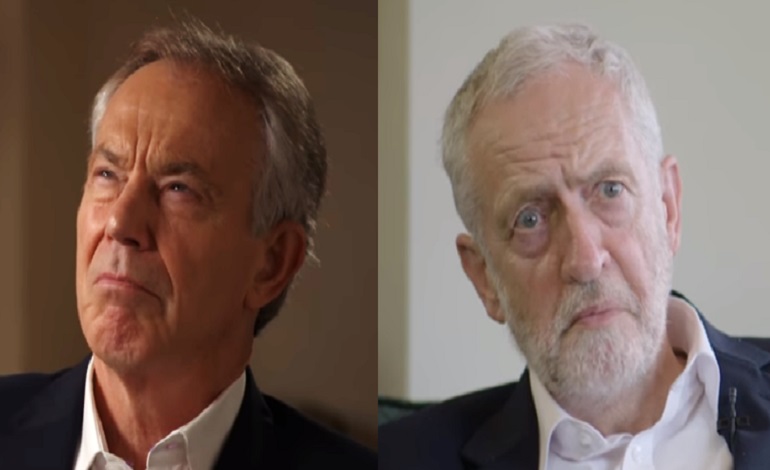 Tony Blair has seemingly had a fairly sizeable change of heart regarding Labour leader Jeremy Corbyn. And in a U-turn only eclipsed by Theresa May’s one on the Tories’ social care policy, Blair has now said Corbyn could be PM. But as always with Blair, there’s a catch.

The former New Labour PM was being interviewed on BBC Newsnight. Due to be screened on Monday 17 July, Blair told Newsnight Editor Ian Katz that [1.20] the UK could possibly “end up with… Corbyn as prime minister”. And he said that [3.25]:

I accept now what, if you’d asked me a year ago, I would have dismissed as impossible… I accept it’s possible. You have to say in today’s world now… it’s possible that Jeremy Corbyn could become prime minister and Labour could win on that programme…

It follows his comments at the weekend that Corbyn’s politics were “populism”; not really supported by many people who voted Labour. He also said he didn’t think that everyone who voted Labour “voted to make him [Corbyn] Prime Minister”.

Furthermore, he said that Brexit followed by Corbyn being elected as PM would put the UK “flat on our back”; and that Corbyn’s supporters should be “cautious in thinking ‘one more heave’ will deliver victory” at another general election.

But Blair’s comments on Newsnight were not without a caveat. He said [1.45] he still believed that the “surest route” to a Labour victory was “through the centre”. And he also claimed [1.35] that a combination of Brexit and Corbyn as PM would mean “we will be in for a very, very difficult time as a country”.

Both Blair and Katz alluded to the fact they did not understand what has happened to politics. And that is, of course, unsurprising; when you have two men, both entrenched in the Westminster and neoliberal/corporatist mould of politics, then what Blair referred to condescendingly as “populism” would indeed be way over their heads. Mainly because, trapped inside their individual bubbles, they couldn’t possibly understand a movement that has come directly from ordinary people in the UK. And that’s a world neither of them inhabit.