An airline gave this woman a truly awful wedding gift. But they may be about to regret it. - The Canary 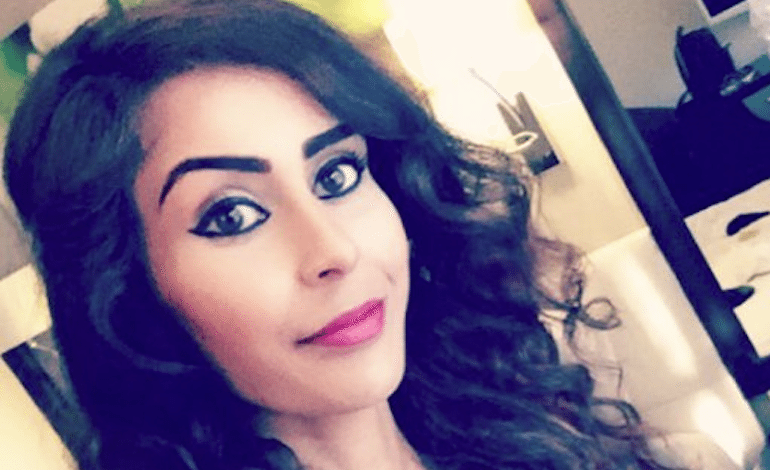 Faizah Shaheen, a British Muslim woman who was detained and questioned for reading the wrong kind of book on board a Thomson Airways flight, is taking action against the airline because it has refused her an apology.

Police at Doncaster Sheffield Airport detained Shaheen on 25 July 2016 on her return from her honeymoon. The airline’s cabin crew reported her because she was reading a book titled Syria Speaks: Art and Culture from the Frontline on the outbound flight.

Shaheen says the airline has since ignored her request for an apology. So she’s now trying to raise funds through CrowdJustice. It will help her take a case forward under the Equality Act as she believes she is the subject of discrimination.

Shaheen said in a statement seen by The Canary:

Being detained by the counter-terrorism police after my honeymoon because I was reading a book about art and culture was humiliating and all I want is an apology for being treated in this way. But what is truly important, and the reason why I’ve continued to fight for this apology, is because I feel I need to stand up for all those people who may have faced discrimination at a time where racial, religious discrimination, and hate crimes are on the rise.

To avoid all of this, the airline would simply have to admit they were wrong to report Shaheen.

We had hoped that they would have taken the decent and simple step of apologising but instead, they are forcing Ms Shaheen to go to Court. We hope the Court will do what the airline failed to and recognise that she was the victim of discrimination.

We’re really sorry if Ms Shaheen remains unhappy with how she feels she was treated. We wrote to her to explain that our crew undergo general safety and security awareness training on a regular basis. As part of this they are encouraged to be vigilant and share any information or questions with the relevant authorities, who would then act as appropriate. We appreciate that in this instance Ms Shaheen may have felt that over caution had been exercised, however like all airlines, our crew are trained to report any concerns they may have as a precaution.

Shaheen was held under Schedule 7 of the Counter Terrorism Act. Schedule 7 is a controversial but routine protocol invoked thousands of times per year. Its purpose is to allow border officials powers to question someone based on suspicious information; although the law doesn’t require reasonable grounds of suspicion.

Human rights organisation Liberty has said that 45% of the time, port officials will stop those of South Asian origin. While the intention of the schedule is to collect low-level intelligence, groups say it’s ripe for misuse. And its impact has been to frustrate passengers and the Muslim community due to delays in catching flights or missing them; and ultimately feeling like a target. Particularly, as Shaheen says, in the climate of rising hate crime and religious discrimination.

At the time, Shaheen had this to say about its impact on her:

Instead of reminiscing about our honeymoon I am left talking about this experience.

I do question whether it would be different if it was someone who wasn’t Muslim.

While Shaheen is making her case, others are campaigning to get the law repealed. Very recently, Cage’s director Muhammad Rabbani was detained under Schedule 7. Rabbani will be fighting the case in court as well.

Shaheen was simply a public sector worker occupying herself with some acclaimed literature on the way to her honeymoon. It’s a shameful reality that a book can cause suspicion. Or even worse, that her skin colour may have done so. The airline simply had to apologise for the disruption to her newly-wed life. And it may indeed regret the decision not to.

– Know your rights and read the information leaflet on Schedule 7.

– Read more articles from The Canary on counter-terrorism.