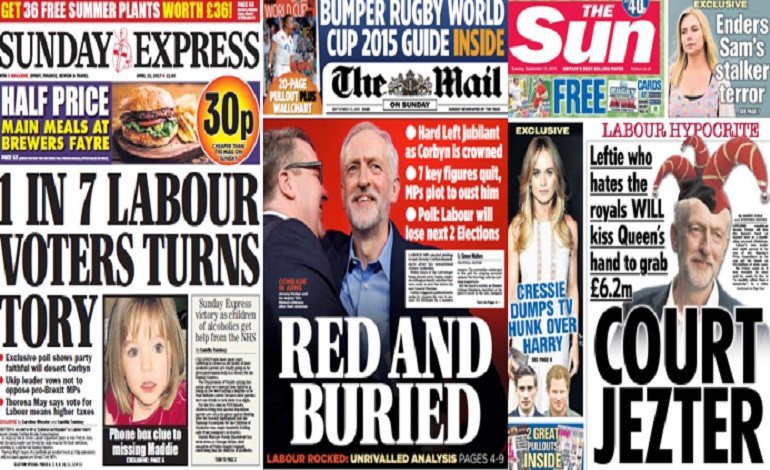 It took a radical journalist less than two minutes to sum up a major problem with the mainstream media. And ironically, she did it on BBC Newsnight.

Pundits past their prime

Naomi Klein is an activist, author and journalist. She is best known for her groundbreaking books The Shock Doctrine: The Rise of Disaster Capitalism and This Changes Everything: Capitalism vs. the Climate. And on Thursday 20 July’s edition of BBC Newsnight, she gave her appraisal of  “professional commentators”. In the UK, they would be classed as people like Polly Toynbee, Nick Cohen, Dan Hodges and John Rentoul. And Klein believes that “pundits” have an expiry date. She said:

There are prominent newspaper columnists who have been pontificating continuously since a decade before I was born… No wonder the pundit class keeps getting it so spectacularly wrong. Not just Brexit, Trump and Corbyn, but also the invasion of Iraq and the supposedly shared benefits of globalisation. The gap between expert opinion and actual public opinion has become as untenable as the wealth gap.

Klein’s hope? “The infusion of new perspectives might just save our news media. It will definitely help save democracy”:

But Klein’s thoughts point to a broader issue with the UK media. And it’s one of concentrated ownership, a restricted talent pool of journalists, and a lack of independence.

Just a handful of millionaires own the UK press:

A study by the Social Mobility Commission also found that 51% of journalists were educated at public schools. This compares to just 7% of the wider population. But perhaps one of the most concerning issues about the UK media is its freedom – or lack thereof. Because Reporters Without Borders has now ranked the UK 40th in its Press Freedom Index.

Reporters Without Borders says of the UK ranking:

A heavy-handed approach towards the press – often in the name of national security – has resulted in the UK slipping down the [index]. Parliament adopted the most extreme surveillance legislation in UK history, the Investigatory Powers Act… posing a serious threat to investigative journalism.

The media: dumb and dumber?

In her latest book No Is Not Enough: Defeating The New Shock Politics, Klein notes that, during the 2016 US presidential election:

the three major nightly news shows combined spent a total of just 32 minutes on ‘issues coverage’ – down from an already paltry 220 minutes in the 2008 election. The rest was a reality show of who said what about whom, and who was leading which poll where. For millions of viewers, the result was highly entertaining… This is worth underlining: Trump didn’t create the problem – he exploited it.

It is this kind of ‘dumbing down’ and exploitation of the public that we also see in the UK. It’s not such an issue with mainstream television – a 2012 study found the BBC, ITV and Channel 4 not guilty of watering down their news. But you witness it repeatedly in the press. From bizarre smears of Jeremy Corbyn, to the EU and UN finding right-wing tabloids guilty of promoting disablism and xenophobia via outright lies by the likes of The Sun.

And Klein is right when she says that Trump didn’t create this problem in the US. The corporatist media barons, also often pulling the strings of government, have no agenda other than their own. And that’s usually one of profit and personal wealth. So until the public reclaim the media then, as Klein alludes to, democracy will still need saving.

– Buy Klein’s latest book, No Is Not Enough: Defeating The New Shock Politics.