A police chief drops a heavy hint about the real reason for rising crime. And Theresa May won't be happy. - Canary 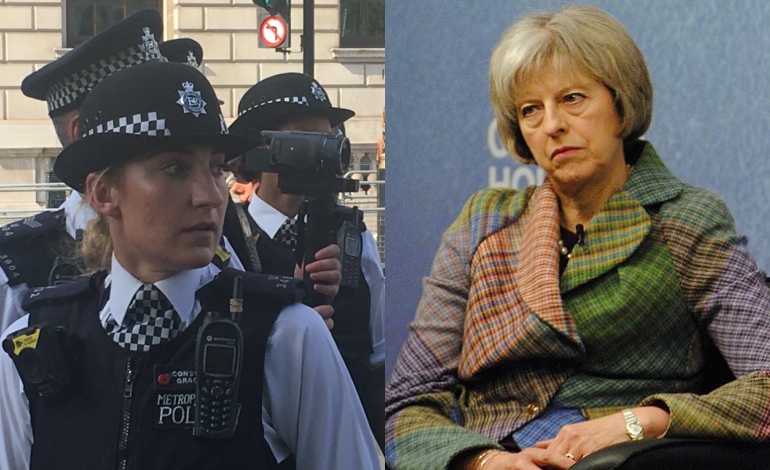 A police chief has suggested that the impact of austerity might be one of the reasons behind the recent rise in crime figures. Deputy Chief Constable Paul Netherton of Devon and Cornwall Police made the comments after crime in his area rose by 17.4% during the last year.

Across the country, crime figures rose by 10%. But despite the larger than average increase, Devon and Cornwall still remains the third safest place in the country.

Tough on crime. Tough on the causes of crime

As Tony Blair used to parrot, it is important to be “tough on the causes of crime”. And as these results show, this is one thing the Tories are seemingly failing to do. This is especially embarrassing for a party that likes to claim it’s one of ‘law and order’.

But according to Netherton, the Conservatives’ austerity agenda may have helped to cause of the most recent rise. Netherton stated:

It is too early to explain exactly why this is happening, as the reasons are likely to be complex, related to societal factors and influenced by changes to services across the whole public sector over the last few years.

While, as Netherton says, it is too early to say for sure why this is happening, there are clues. Since 2009 in England and Wales, 20,000 police officers have been cut; governments have cut real-terms budgets by 18%; total employment in the force reduced by 17.4%; the number of officers on sick leave increased by 11.5% in 2016; and the number of armed officers has halved [paywall] in the past 15 years.

But crime isn’t just related to the number of police officers on the street. It is, as Netherton points out, also about “societal factors”. The London School of Economics (LSE) wrote in 2014 that there are historical links between inequality, poverty, unemployment, and an increase in crime. It said that:

Studies of the economy-crime link suggest higher rates of offending are associated with higher levels of unemployment and economic inequality. Both these conditions are consistent with the broad trends observed in Britain during the 1970s and 1980s…

More bad news for May

The Conservatives like to think of themselves as the party of law and order. And however this increase is spun, it is yet more bad news for the Prime Minister. It is even worse given that May herself was in charge of law and order for the six years before she became leader.

But a senior police officer speaking out, and suggesting that cuts and “societal factors” could be to blame is even more damning. All roads appear to lead back to May’s doorstep. And this means that there are serious questions for Prime Minister to answer.