The boss of a homeless charity has been jailed. And what he did was nothing short of despicable. - Canary 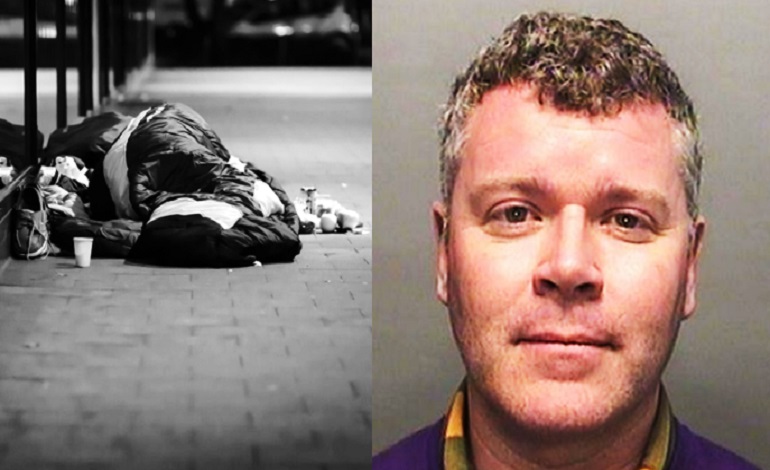 The former head of a homeless charity has been jailed for five years by a court in Wales. But his crime was a disaster for the people at the sharp end of Swansea’s “worrying” rise in homelessness and rough sleeping.

Robert Mark Davies (50) was head of finance for Swansea-based Cyrenians Cymru homeless charity. But between June 2008 and November 2014, Davies forged invoices amounting to £1,343,074. And he then stole the cash from the homeless charity by putting 271 cheques into his own bank account. Davies covered his tracks with his wife by telling her the extra money was from “bonuses”.

Cardiff Crown Court was told that he’d spent £100,000 on boats, £26,000 on airfares, and £80,000 staying at The Savoy hotel in London. His spending specifically included taking his family on holidays to Japan, Africa and America in 2014, as well as spending £250,000 on mooring a boat in Swansea Marina. He once also paid £280 to hire a Bentley to Heathrow Airport. On another occasion, he spent £528 on room service at The Ritz hotel; and on another, more than £1,200 on a meal at a seafood restaurant.

Meanwhile, the homeless and rough sleeping population of Swansea that Davies’ stolen money should have been helping was increasing. In 2012, Swansea had the highest rates of homeless families in the whole of England and Wales; six families in every thousand were having to go to the council for help. And the situation has only worsened since. In July 2017, The Wallich’s Rough Sleepers Intervention Team said it had seen a 21% increase in rough sleeping year-on-year.

But none of this was a concern to Davies. After police arrested him in December 2014, Cyrenians Cymru was forced to declare itself insolvent. BBC News reported that “it went into administration in February 2015 after 42 years helping the homeless and people living in poverty in west Wales, with 20 jobs affected”. And during Davies’ trial, the court heard that his fraud was “a major factor in the charity ceasing to exist”.

During the trial, Davies’ defence tried to claim that there were “other” people involved in the fraud. But the judge dismissed this, and Davies admitted to fraud by abuse of position. Judge Eleri Rees said Davies’ case was “astonishing”:

At the time, you were financial director of a charity for the homeless and poorest in the community. You, and you alone, are responsible.

While Davies’ actions are extremely unusual, the situation in Swansea isn’t. Since 2010, rough sleeping in England and Wales has risen by 102%. Also:

Davies’ defence pleaded with the court that he was a “a regular church-goer; happily married with two children and enjoyed bell ringing in his spare time”. They also said: “He decided he would pay himself a bonus. He is sorry.” But these vacuous platitudes are of little comfort to the hundreds of homeless people in and around Swansea who, while Davies was living the high life, were in poverty and suffering.