Exposed: the staggering hypocrisy of a 'spycop' accused of sexually exploiting a teenager - Canary 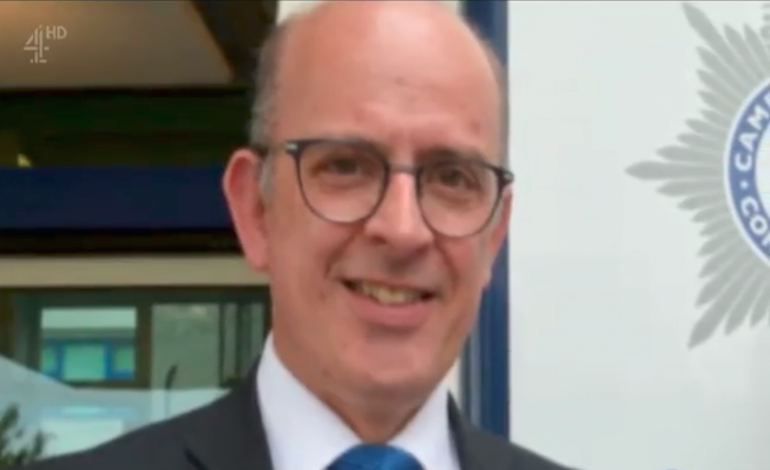 Andy Coles, a former undercover police officer – or ‘spycop’ – who spied on political activists, was exposed earlier this year after it was reported he formed a relationship with a teenage girl as part of his operations cover. He subsequently resigned his position as Deputy Police and Crime Commissioner but, despite protests, continues as a local Tory councillor. Now evidence has emerged that only two years ago Coles endorsed a campaign to protect teenagers from sexual predators.

Andy Coles was an undercover police officer with the Special Demonstration Squad. He was active in the animal rights movement. He also spied on peace activists. And he ingratiated himself with activists at the 121 anarchist centre, a squatted bookshop in Brixton’s Railton Road.

Coles retired from the police in 2012. But in July 2016 he was appointed deputy Police and Crime Commissioner for Cambridgeshire and Peterborough. He was given special responsibility for domestic abuse, as shown in the 19 July 2016 minutes [pdf section 2.3] of a meeting of the Cambridge Community Safety Partnership.

In 2015, Coles was elected Conservative councillor for Fletton & Woodston ward (Peterborough). It is a position he still holds. In the same year he served on Peterborough’s council cabinet as Lead Member with responsibility for Children’s Services.

In March 2017, Coles was the opening speaker at the annual conference of Link to Change, an organisation that supports young people facing sexual exploitation. Coles was also appointed Chair of Families First Peterborough, a community interest company working with “disturbed and vulnerable children”.

But that’s not all. In 2015, The Children’s Society launched the ‘Seriously Awkward’ campaign to provide greater protection for 16 and 17 year old teenagers from sexual exploitation. The Children’s Society also produced a 76 page report after the campaign, and a summary [pdf] of it, that highlighted much needed police reforms.

In October 2015 Coles was reportedly photographed supporting the initiative at a ‘Seriously Awkward’ campaign event.

Exposing Coles as a spycop

On 12 May 2017, details of Coles’ alleged past as an undercover police officer were exposed by Undercover Research, with further details revealed by The Guardian.

Reportedly, in 1992 Coles, who at the time was happily married, used a false name to form a relationship with ‘Jessica’, an animal rights activist. ‘Jessica’ was 19 years old at the time. ‘Jessica’ issued a statement and explained:

Although not legally underage, I feel that my youth and vulnerability were used to target me. I was groomed by someone much older, and far more experienced… and I was manipulated into having a sexual relationship with him. I didn’t even know his real name.

In November 2015 women who were deceived into forming relationship with undercover police officers won an historic apology from the police. One of the women commented:

I certainly feel violated by what they have done. It’s about power. We didn’t consent, and wouldn’t have consented if we had known who they were.

Another said she felt she had been “raped by the state”.

I do think they [undercover police officers] should have been charged and prosecuted for these activities. The women would clearly not have consented to sex had they known the men were undercover police officers. I think there is a level of deception in these cases which raises them above the ‘I love you’ sort of deception [where someone pretends to in love to convince someone else to have sex with them].

Subsequently Coles resigned as Deputy Police and Crime Commissioner for Peterborough and Cambridgeshire. Two days later, The Canary published further revelations about Coles, including how officials failed to fully question Coles’ past.

‘Jessica’ has also raised whether Coles should resign from his position as councillor with Peterborough Council.

Despite the ongoing questions surrounding his past, Coles still retains his position as a Conservative councillor at Peterborough Council.

On 19 July, Peterborough Council held its usual meeting and several activists attended. ‘Jessica’ lodged a question that was rejected:

Is it appropriate that an ex-undercover officer, with a history of committing human rights abuses against women, when in a position of power, is now sitting on your council, as the Conservative Councillor for the Fletton and Woodston ward?

Coles was approached by the Peterborough Telegraph for his views, but said he was not allowed to comment. In the end the meeting was abandoned and according to this councillor will resume on 26 July.

It now remains to be seen what will happen at the next council meeting and whether ‘Jessica’s’ question will be allowed to be submitted.

Coles still has many questions to answer. Not least, about the contradictions between his alleged undercover work and his subsequent work and support for campaigns opposing sexual exploitation.