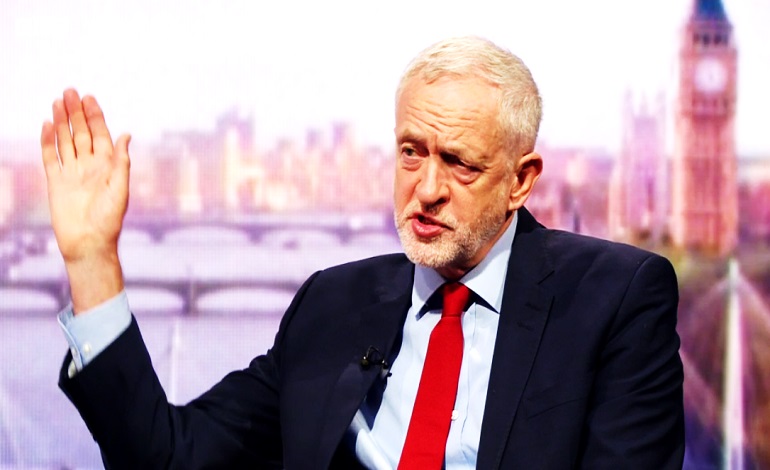 Jeremy Corbyn has waded into the storm surrounding the BBC pay revelations. And the Labour leader pulled no punches, as he said that the BBC pay issue was “appalling”, and the pay gap between women and men “astronomical”. But to add insult to the broadcaster’s injury, Corbyn made his comments on its flagship political show.

Corbyn was being interviewed on The Andrew Marr Show. Host Andrew Marr brought up the issue of a letter, signed by more than 40 female BBC employees, over their pay. It called on Director General Tony Hall to “act now” on BBC pay “disparity”.

Marr asked Corbyn what his “message to the BBC” about the letter was. Corbyn said:

He went on to repeat his call for the BBC to “look at itself” because the level of the pay gap is “astronomical”. But he also raised the issue with regards to other public sector groups. He said that the pay issue in the BBC and other big companies “gets all the news”:

It’s not just about gender at the BBC…

The gender pay gap is still a real issue in the UK. As The Guardian reported, in 2016 it stood at 9.4% for men and women employed full time; only down 1.1% from 2011. And for all employees the gap was 18.1%. Consultancy firm Deloitte says the gender pay gap in the UK will not be closed until 2069; 99 years after the Equal Pay Act was introduced.

But the storm over BBC pay has raised an issue other than the gender pay gap. And it’s one of class and ethnicity.

Lewis Goodall investigated the BBC figures for Sky News. And he found that, of the 96 ‘stars’ listed:

The BBC pay storm is a pertinent reminder of the patriarchal society we still live in. But it also serves as a window into the state of the ruling classes, more broadly. With most privately-educated, white men getting the top-earning jobs at the BBC, it reflects society as a whole. And, as Corbyn said, it’s one of the most “serious” issues facing society today.