In just ten words, Jeremy Corbyn smashes a myth and nails his critics to the wall [VIDEO] - Canary Workers’ Co-op 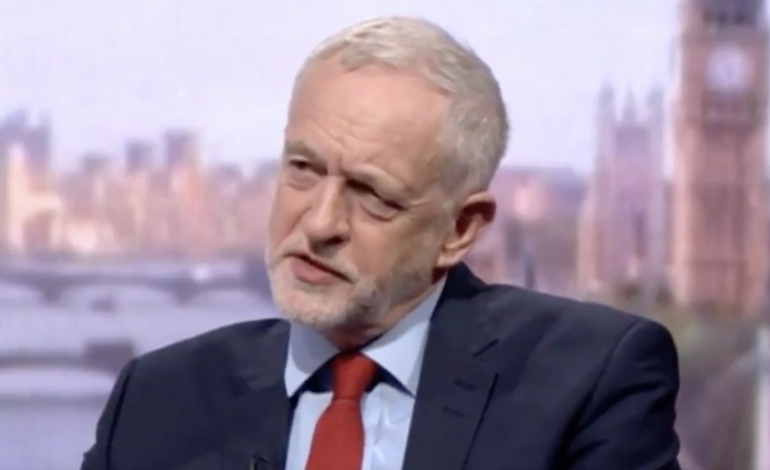 Following claims that Tony Blair saved Jeremy Corbyn from deselection, the Labour leader has been called on to intervene to stop MPs not loyal to him from being deselected. But in just ten words on The Andrew Marr Show, Corbyn nailed exactly why Blair didn’t save him and why a party leader should have nothing to do with the process. And it is for one simple reason:

The whole point of democracy is that the people decide.

Following Corbyn’s success at the general election, his critics were forced to eat humble pie. And now Corbyn’s position is more secure than ever it is MPs on the right of the party who are worried. As they fear they could be deselected and lose their seats.

The Prime Minister was very clear about that when Jeremy was a backbench MP. And he was right, we shouldn’t have worked to deselect him. But I hope that Jeremy will now reflect on that and I hope that he will be absolutely determined to make sure it doesn’t happen under his watch.

As Corbyn pointed out on The Andrew Marr Show, however, he did face challenges in his Islington North constituency. But it was not Blair who saved him, it was members of the local Labour Party:

And when Corbyn was asked about whether he owed Blair thanks for saving him, he replied:

Well I’ve no idea this conversation actually took place. And also I don’t quite see why people should go to the party leader and say we want to influence what’s going on in the constituency.

"The whole point of democracy is that the people decide". Jeremy Corbyn absolutely smashes the debate on deselection. It's so simple. #marr pic.twitter.com/1K6f8hSmZN

And as Corbyn concluded, the point of democracy is that “the people decide”.

If party members are unhappy with their MPs, then it is their right to trigger a vote. And having a local candidate that represents the views of local members should be a fundamental tenant of our political system. For the leader of the party to intervene in this would be a subversion of democracy and the rights of party members. Corbyn is right not to get involved. And those MPs who are feeling threatened need to seriously question whose interests they are representing in parliament.