Over 120,000 children have been failed by Sajid Javid. He should hang his head in shame - Canary Workers’ Co-op 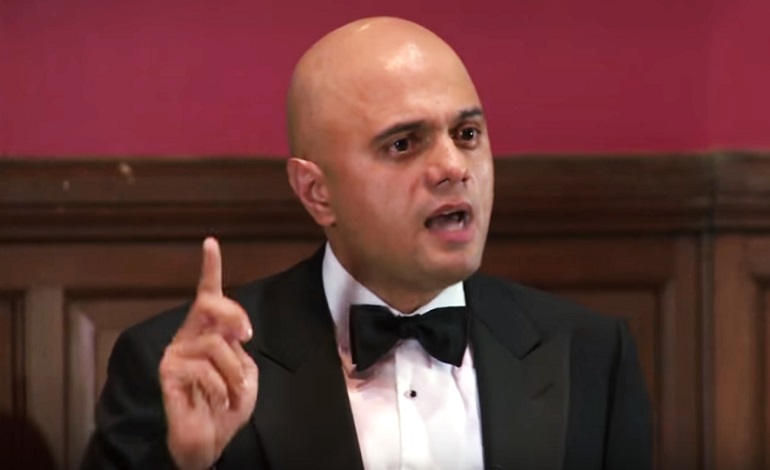 The Local Government Association (LGA) has released its latest figures on homeless families in England. It has recorded a massive jump in the number of children in temporary accommodation. But it also found a 52% increase in homeless families outside of London. And the LGA points the finger of blame directly at both Sajid Javid’s Department for Communities and Local Government (DCLG) and central government.

It says the main causes of family homelessness are:

But the LGA is clear in where part of the problem lies. And it’s with central government.

A backdrop of ‘not bothered’

It says [pdf p6] that “councils want to end homelessness by preventing it happening in the first place”. But it points [pdf p4] to the “unavailability of affordable housing”, problems [pdf p9] with the benefit cap and Universal Credit, a lack [pdf p9] of finance from the DCLG to councils for house building and a £5.8bn funding gap by 2020 as all exacerbating homelessness.

When councils are having to house the equivalent of an extra secondary school’s worth of pupils every month… it’s clear the current situation is unsustainable for councils. Whilst the government’s indication it will explore ways to enable councils to build more homes is encouraging, these new homes can’t appear overnight, and the demand is urgent.

Councils are working hard to tackle homelessness, with some truly innovative work around the country – and we now need the government to support this local effort by allowing councils to invest in building genuinely affordable homes, and taking steps to adapt welfare reforms to ensure housing remains affordable for low-income families.

One homeless child is too many

The Guardian reported that a DCLG spokesperson said the government is investing £550m to help tackle homelessness, adding:

The number of children living in temporary accommodation is down from its peak in 2006. But any increase in the number of homeless families is always a concern.

But we need to view the figures by the LGA in a wider context: one of rampant poverty and inequality and four million children living below the breadline. It is entirely unacceptable, and tragic, that in 2017 the government is failing so many children, all while the rich have simply got richer.

Government officials, especially Javid, should hang their heads in shame.