Two superhero pensioners are in jail in Scotland. But a famous comic book writer wants to help - Canary 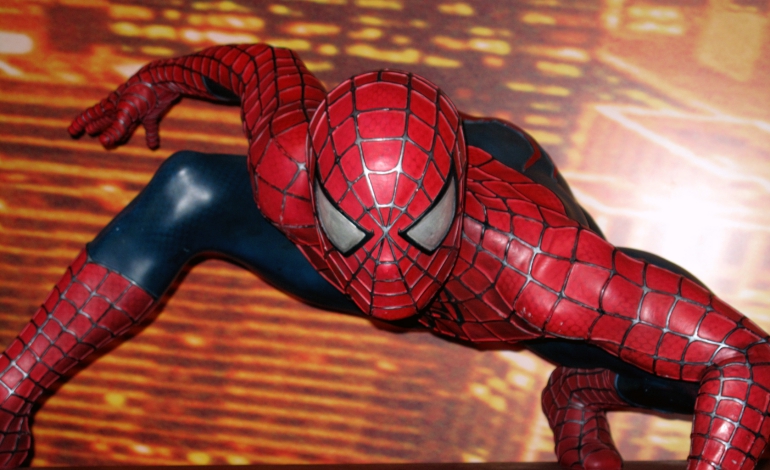 An award-winning comic book author is trying to save two real life superheroes. The two pensioners are currently on remand in Scotland following a blockade of the Trident nuclear weapons base. A road was blocked as part of the Trident Ploughshares Coulport Disarmament camp. But the pair were jailed after they refused to accept bail conditions that meant they couldn’t go within 100 meters of the base.

Now Mark Millar, whose stories have been adapted into Hollywood blockbusters including last year’s Captain America: Civil War, wants to help. Millar is offering to pay the pair’s legal costs.

Trident Ploughshares is part of a movement aiming to disarm nuclear weapons “in a non-violent, open, peaceful, safe and fully accountable manner”. The group believes that Trident is illegal under international law and that:

As citizens we have both a right and a duty to uphold international humanitarian law.

And it thinks that direct action is the right way to do this:

We are taking direct action against installations and equipment involved in the Trident system. By doing so we aim to inflict significant damage and disruption on these installations and when arrested we take full responsibility for our actions. Our defence in the courts is generally based on the primacy of international law.

Brian Quail (79) and Angela Zelter (66) were arrested after a blockade of the nuclear warhead store at Coulport on Loch Long. The pair were sent to jail after they were offered bail only on the condition that they did not go within 100m of the base. Both refused.

A petition calling for their release has now gained over 3,300 signatures. But when Millar heard about these real life superheroes, he wanted to help. And he has fond memories of Quail, who was his Latin teacher at school:

He’s still fondly remembered by my pals because even as kids we knew he was a guy of tremendous convictions. I remember his class being filled top to bottom with anti-war posters and he gave me the first CND badge I ever pinned to my school blazer.

And Millar was shocked by his imprisonment:

Hearing that he’s been locked up in a Scottish prison now, at the age of 79 and not in great health, is monstrous.

This is a peace-protestor who’s dedicated his life to non-violent protest sent to prison… Had this happened in North Korea we’d be up in arms about it, but somehow in Scotland we’re talking about the new Doctor Who.

Sending peace protesters to prison for refusing to accept a bail condition is a waste of money. Sending two pensioners to prison, including one in ill heath, is indeed, “monstrous”. And we can all get involved to put pressure on the Scottish government and legal system to release them.

– Send emails and letters to the pair to let them know we are thinking of them and support their actions.