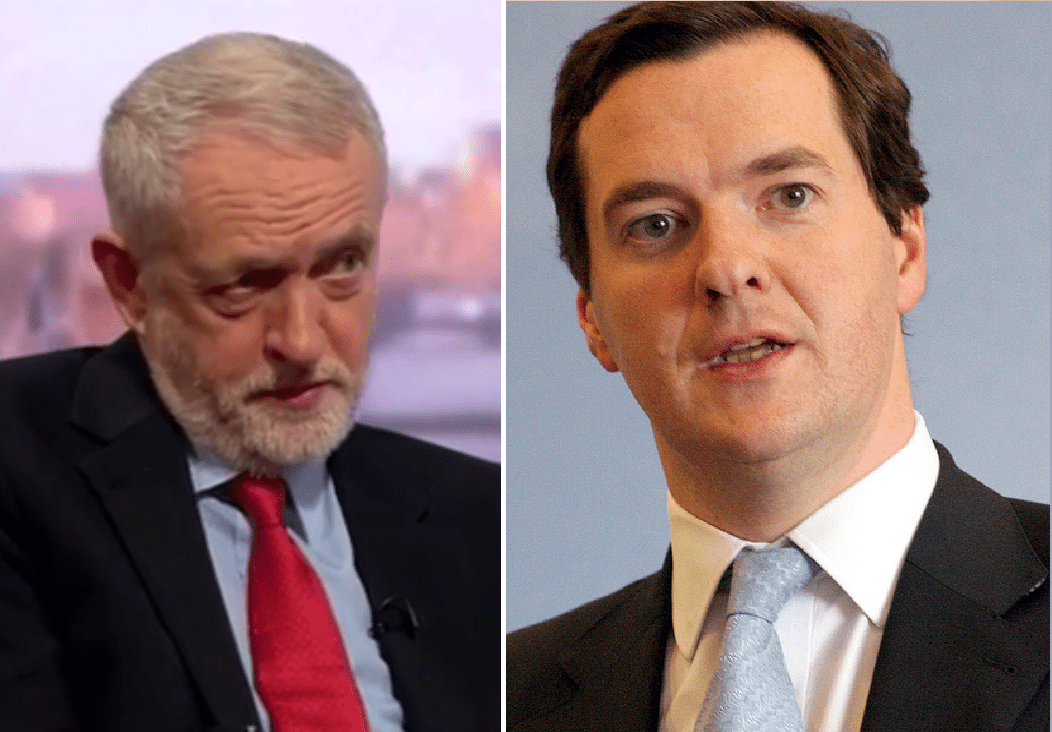 The Conservatives and sections of the media are currently trying to smear Jeremy Corbyn with false claims that he promised to write off student debt. But it was the Conservative Party that pledged to abolish tuition fees then deleted the page from their website.

As writer Tom Pride points out, an archived copy is still available: 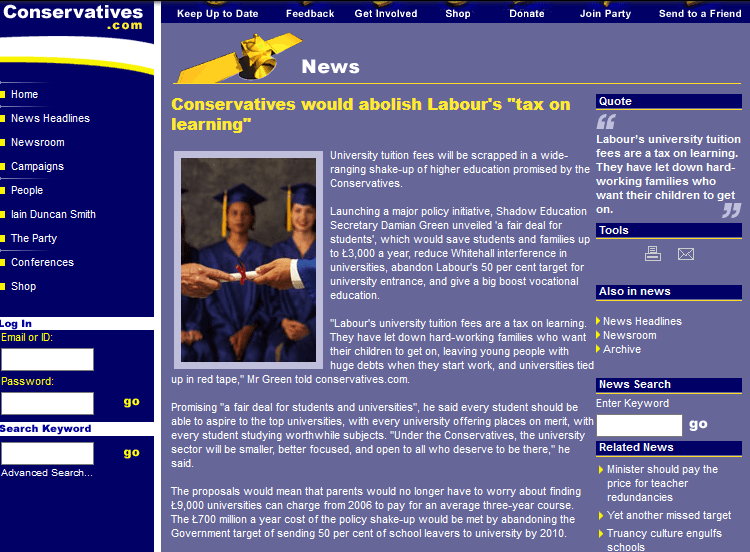 At the time, top Tory Damian Green (who is now the First Secretary of State) said:

Labour’s tuition fee experiment has failed. It has let down hard-working families who want their children to get on, left young people with huge debts when they start work, and tied universities up in red tape.

Proving they are by no means a necessity, universities did not charge tuition fees until Tony Blair introduced them in 1998. By contrast, Corbyn has always opposed the ‘tax on learning’.

Then, the Conservative Party promised to abolish tuition fees in 2003. And the party not only broke its promise, but also tripled the fees to £9,000 per year in coalition with the Lib Dems.

The present smear campaign against Corbyn has been relentless. The attack is based on distorting an NME interview where Corbyn said he is “looking at ways” to reduce the burden of existing student debt. Apparently, that amounts to a ‘promise’, even though the policy was not in the Labour manifesto.

Doubling down on the attack line, The London Evening Standard went for a front page splash:

But awkwardly, looking at this letter Osborne wrote in 2003, it seems he is the one “caught out on students”: 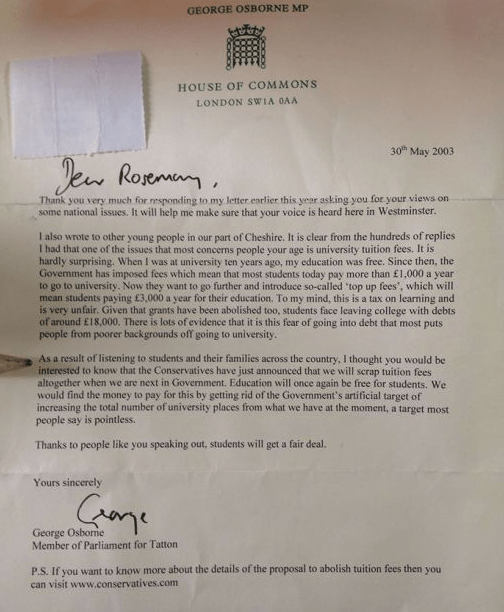 To my mind, this is a tax on learning and is very unfair… There is lots of evidence that it is this fear of going into debt that most puts people from poorer backgrounds off going to university… we will scrap tuition fees altogether when we are next in Government.

Corbyn’s view on tuition fees has been consistent throughout the years. But the Conservatives seem to change their position based on what is politically advantageous at the time. They pledged to abolish tuition fees, then tripled them. This is yet more proof that you can’t trust the Tories.