A Tory MP accuses Corbyn's team of lying. Minutes later, she gets caught lying herself [TWEETS] - The Canary 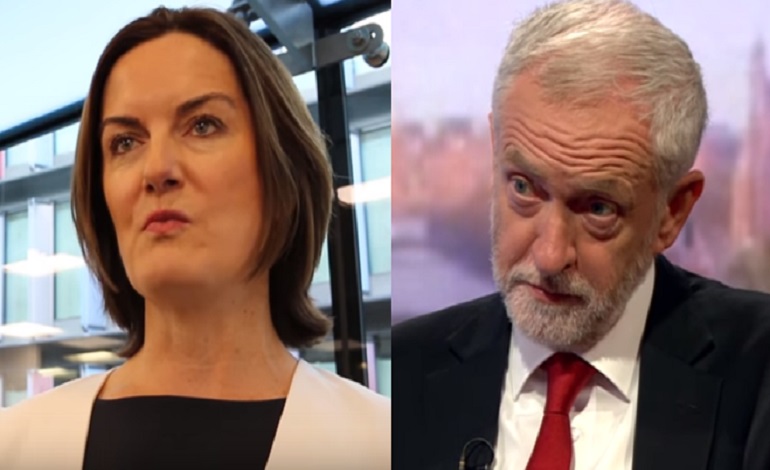 MP Lucy Allan is best known for fabricating a death threat. Which is why it was surprising to see her sharing an article that accused Labour supporters of lying. Again. Especially as Allan actually lied in response to criticism of what she’d shared. 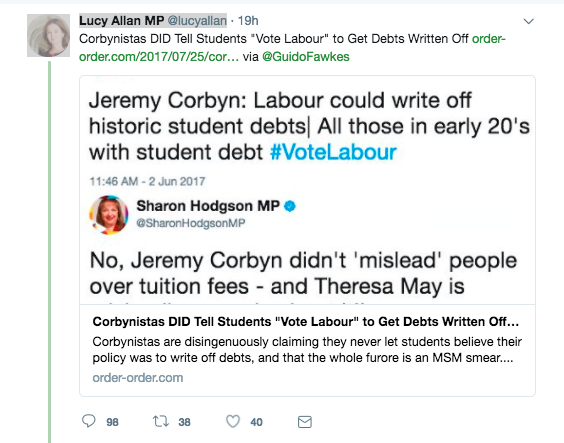 Allan denied this to be true, though – seemingly having forgotten that the internet never forgets: 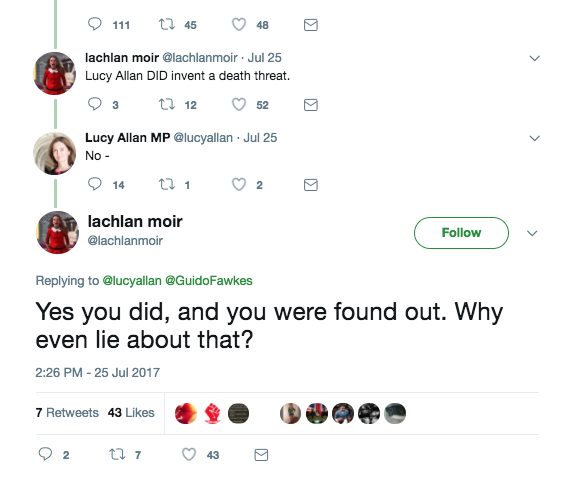 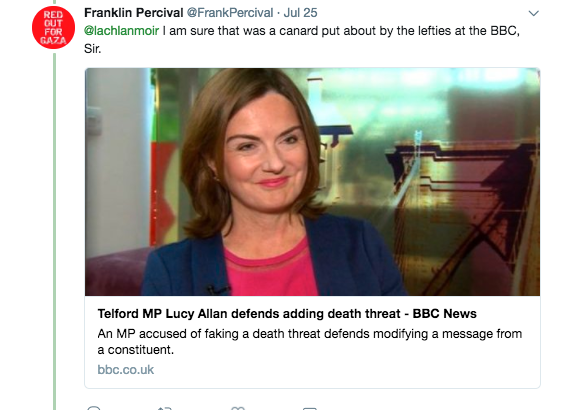 In December 2015, Allan published an alleged death threat and named the person who sent it: 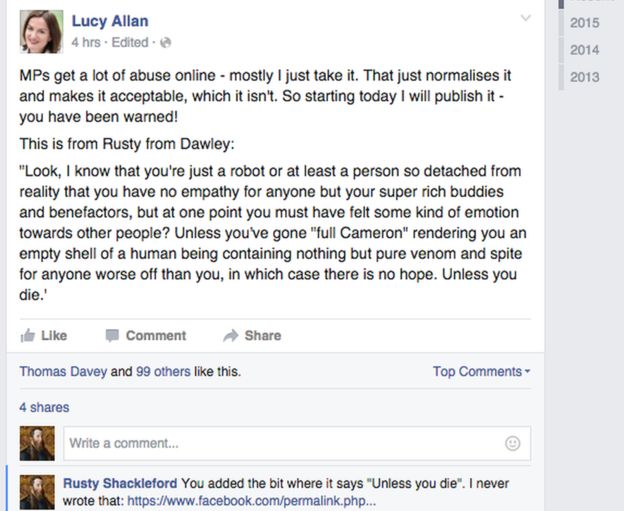 I posted actual comments made to me on the same day, although not in the same email. Comments were added to the post as they came in. I posted them to show examples of the type of unacceptable online abuse that comes in most days and that most people tolerate silently.

The comments were not posted to discredit any individual. ‘Rusty’ could have been anyone, or a wholly fictional person. he chose to identify himself and came forward with a surname. At that point I took the post down.

Even if her version of events is true, taking two real emails and combining them into one is still an ‘invention’. Especially when you put it all in quotation marks and claim that what you’re publishing is a genuine email from a named person.

The argument that ‘Rusty’ “could have been anyone” doesn’t really hold up either when it was literally from someone called ‘Rusty’. The combination of an unusual first name and Allan listing his place of residence meant he could potentially have been identified.

As such, the claim that “Lucy Allan DID invent a death threat” is verifiable and corroborated by Allan herself.

And yet she publicly denied it anyway. In a thread in which she suggested Labour supporters were the dishonest ones.

Still not getting it

The claims that Labour promised to eradicate all existing student debt, meanwhile, have been widely debunked. In an article that considered the Order Order article Allan shared, The Canary wrote:

the establishment is alleging that Labour misled young people on a national scale. Not that a couple of low-level ministers made claims or suggestions that were never broadly reported on in the first place.

It’s clear that the Tories are struggling to adjust to the information age – when a lie can be disproven more quickly than it can be cooked up. Allan is a key example of this; a politician who attempts to discredit others but ultimately just discredits herself.