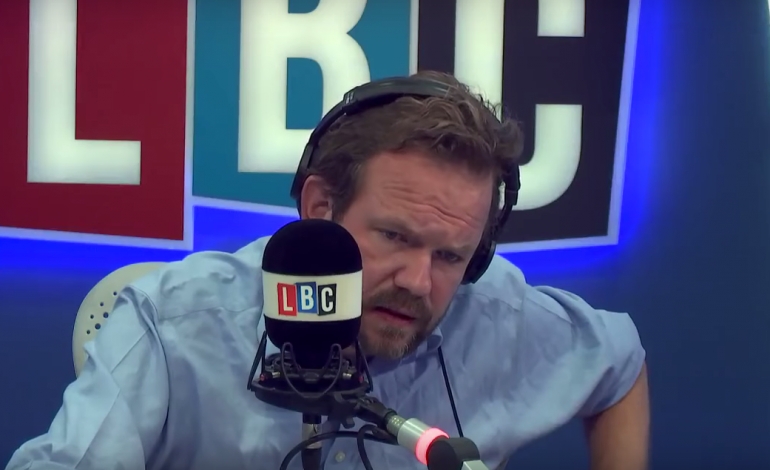 LBC radio presenter James O’Brien recently spoke to a caller about the sensitive subject of the male suicide crisis. Suicide is the biggest killer of men under 45 in the UK. The caller makes the crucial point that: “The problem with ‘stiff upper lip’ is that it kills men.”

Silence can be deadly

Stereotypes about masculinity prevent men seeking help. As The Canary previously reported, being self-reliant matters to many men, so the idea of seeking help is considered ‘unmanly’ and ‘weak’. But this attitude of keeping quiet and bottling up emotions is deadly. And while the British stiff upper lip may be dying out, that doesn’t mean it’s disappeared. The combination of masculine norms and the cultural expectation to be reserved may explain why men are at such high risk of suicide in the UK.

The LBC caller questions how more openness about mental health could possibly “be seen as anything other than a good thing”. O’Brien responds by saying that “some people can pull it off”, by which he means some men can get through life with a stiff upper lip. And many men can indeed hide their inner turmoil and survive. As O’Brien says, “they reassure themselves that they’re doing things right… because they’re pulling it off”. As we can see, however, when a stiff upper lip becomes a cultural standard, it can have devastating consequences.

The LBC caller mentions that a friend of his committed suicide five weeks ago and stresses:

I just wish he could have picked up the phone or just sat down and said ‘I need to talk’. Just once.

One conversation can be all it takes to change a fatal and irreversible course of action.

The lead singer of Linkin Park, Chester Bennington, took his life on 20 July. This happened on what would have been the birthday of his friend Chris Cornell, the Soundgarden singer who killed himself on 18 May. Both singers ‘had it made’ as far as anyone looking in from the outside could tell. But in spite of their success, fame, fortune, and love from their friends and family, there was still mental agony.

Bennington was a victim of childhood sexual abuse. This trauma haunted him, resulting in depression and alcohol and drug abuse. One US study estimates that one in seven males are sexually abused at some point during their childhood. Yet boys and men who are sexually assaulted are often minimised, neglected, or stigmatised. Bennington, for example, feared what would happen if he opened up about the “horrible experience”.

Survivors of childhood sexual abuse are much more likely to suffer from mental health conditions, substance abuse, and sexual disorders. Bennington did eventually open up, but it seems that the suffering continued.

During an interview in February this year, Bennington described how he had been struggling with his mental health. He said that he had “a hard time with life… sometimes”. The host replied by referring to the lyrics on the first track from the latest album, suggesting that Bennington may just be “overthinking things in his life” and “overanalysing” himself. Bennington said:

this skull between my ears, this is a bad neighbourhood, and I should not be in there alone.

The host laughed at his description, saying: “What are you talking about? … You’re a crazy man!” But for Bennington, he was plagued by his thoughts. And he continued:

I don’t say nice things to myself. There’s another Chester in there that wants to take me down.

Mental health issues are no joke. It takes a lot of bravery for someone, especially a man in this society, to speak honestly about mental struggle. If we want to tackle the male suicide epidemic, then we need to encourage openness. But we also need to change our attitudes towards those honest expressions of inner turmoil. Dismissing, distrusting, minimising, or mocking what could be a cry for help is a huge problem in itself.