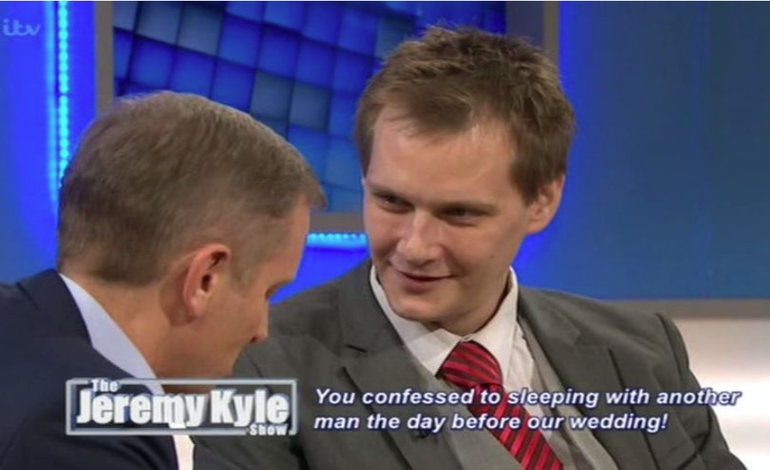 The infamous lie detector tests on The Jeremy Kyle Show have become a highlight of British daytime TV scheduling. But what happens after the cameras stop rolling? In the case of Kyle’s “favourite guest ever”, it led to a vicious attack in a family home which was ended by armed police.

38-year-old Alan Kent described himself as a devout Christian on the Kyle show. In a smart three-piece suit, he cut a different figure from the tracksuit-wearing young dads frequently filling the seats. Kyle went so far as to call Kent his “favourite guest ever.”

Kent suspected his 26-year-old wife Louise of cheating, and had hauled her on the show for a lie detector test to prove it. Louise failed the test, but the couple agreed to work at their relationship regardless.

But just months later, police were called to a “hostage situation” at the Kent home in Colchester, Essex. Louise Kent had managed to make it out after being seriously assaulted by her husband, but two children remained in the house. Alan Kent was hanging from an upstairs window shouting abuse at his wife, and threatening his own life. When he was finally subdued in an armed police raid, he was charged with three offences; assaulting his wife, assaulting a police constable, and obstructing a police constable.

This is the same couple who were on Jeremy Kyle a few months ago.

He had an argument with her earlier in the day and was going on about how she cheated on him.

She had left the house and he was kicking off, shouting out of his windows, saying he had taken tablets and calling his wife every name you can think of.

Police were asking him to let his kids out.

Kent admitted the crimes in court, and was jailed for 16 weeks. He will also pay fines, and be subject to a restraining order and a rehabilitation programme.

The case is reminiscent of Scott Amedure. In 1995, Amedure appeared on The Jenny Jones show, a popular US daytime talk show. The show was called ‘Secret same sex crushes’. Amedure is seen below, telling his best friend Jonathan Schmitz that he has a crush on him. While the cameras are on, a relaxed looking Schmitz laughs over the crush. But three days later, an enraged Schmitz killed his best friend with a shot gun. It was later revealed that Schmitz had a history of mental illness and addiction which show producers had failed to investigate.

This 18-year-old cautionary tale should be at the heart of all talk show production teams, but clearly isn’t. And Kyle’s guests have a history of bad outcomes after the show.

Shows like Kyle’s profit from the chaotic lives of vulnerable people. They turn addiction, abuse, and poverty into camera fodder. In doing so, they create a poverty safari to titillate viewers. We can point and laugh at the disordered lives, and never worry about what happens when the curtain falls. But these are not actors, these are real human beings. Some of them vulnerable. Some of them dangerous. And the logic of the show is to create conflict so viewers can watch the drama unfold. Once ignited, the fiery exchanges have impacts far beyond the studio. And it is grossly irresponsible to simply light the blue touch paper and walk away.