A single image just laid bare the truth about the general election. And Corbyn’s critics won’t like it at all. - The Canary 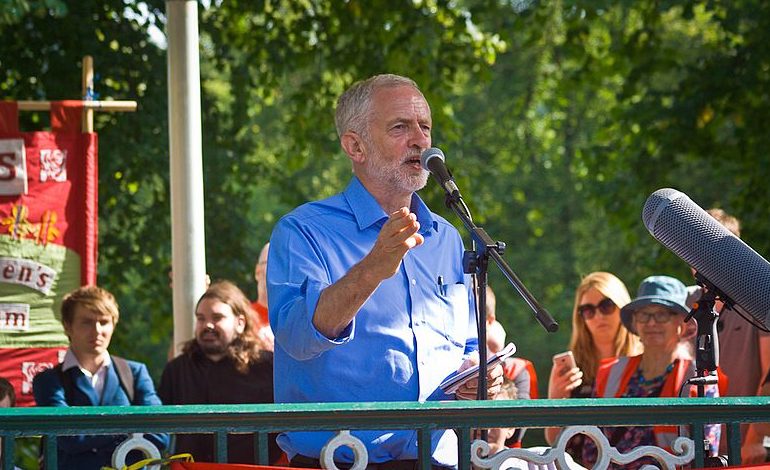 Ahead of the general election, Jeremy Corbyn’s critics – whether Conservative, Labour or in the media – all believed one self-evident ‘fact’. Corbyn, they were sure, was a liability with the electorate. Some continue to argue that Labour did well in spite of, rather than because of, Corbyn. But now, politics lecturer Alia Middleton has crunched some numbers on the election. And her analysis, for the London School of Economics (LSE), includes one image that lays the truth bare:

The table shows what happened after party leaders visited constituencies held by their own parties. Theresa May and Corbyn visited a similar number of seats during the election campaign, says Middleton – 73 and 70 seats respectively, excluding their home constituencies. But in Labour seats visited by Corbyn, the Labour vote share rose by almost 19 percentage points; whereas in constituencies May visited, the Conservatives’ vote share actually fared slightly worse than in seats she didn’t visit.

In the end, it turned out that May was the liability and Corbyn the asset.

Academics also recently exploded another myth about Corbyn’s ‘unexpectedly’ successful election. Some MPs on the Labour right have argued that voters only ‘risked’ voting for Labour because they believed Corbyn would never win. But the British Election Study, which polled 30,000 voters, found that the opposite was true:

The assumption that Corbyn was a liability with the electorate infected the entire political and media class. The Conservatives gambled their campaign strategy on it – from the decision to call the snap election to the party’s complacent attacks on its own core voters in its manifesto. And so did Labour. Reportedly believing Corbyn would send the party to a catastrophic defeat, Labour HQ ran a defensive campaign, trying to protect seats they thought would fall to the Tories. It was often left to Momentum activists to campaign in marginal seats.

As veteran journalist Paul Mason put it a few days after the election:

2/~ Labour HQ's polling was way out; didn't detect the surge; so they directed campaigners away from winnable seats.

Meanwhile, some Labour candidates sought to distance their campaigns from Corbyn during the election. Joan Ryan wrote a letter asking her Enfield North constituents to vote for her “whatever your misgivings about the Labour leadership”. Peter Kyle, MP for Hove, went to his local paper to persuade voters that a vote for him was not a vote for Corbyn. Phil Wilson, MP for Sedgefield, published campaign leaflets that promised he was “no supporter” of Corbyn.

And media pundits shouted the Corbyn-as-liability trope from the rooftops. The New Statesman‘s Sarah Ditum sums up the fabricated hand-wringing best:

One of the most compelling arguments against Corbyn’s leadership is that he’s toxic to voters; but clause 1 of the Labour rulebook commits members to ‘promote the election of Labour Party representatives at all levels of the democratic process’. So do we promote the election of Corbyn, however hopeless we know it to be…? Or do we sit this one out, twisting our membership cards in our restless fingers?

But while his critics talked him down, Corbyn himself was out campaigning. And it turned out, as the table suggests, that the more voters actually got to see him free of the distorting prism of a hostile media, the more they liked him.

In the end, Corbyn’s Labour gained 30 seats, reversed decades of Labour decline, and won the biggest increase in the party’s share of the vote since 1945. And the evidence suggests that Labour did well because of Corbyn – and in spite of his critics. That’s something they would do well to remember whenever the next election is called.