As a fresh crisis unfolds, the Conservative attempt at a grassroots 'Momentum' campaign descends into utter chaos [IMAGES] - Canary 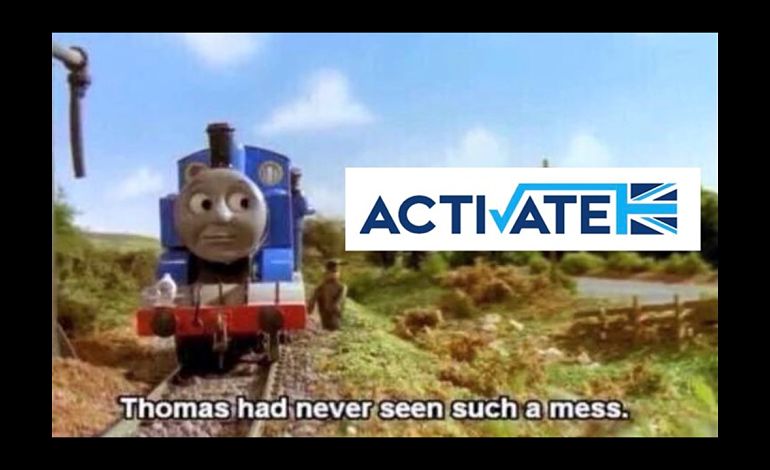 CORRECTION: This article was updated at 9.05am on 5 June 2019 to remove an allegation about the possible source of the leaks after the person named denied the claim.

It’s been a bizarre week for the new group which hoped to become the Tory Momentum. Within days, the details of a WhatsApp chat among members revealed conversations about ‘gassing chavs’ and “shooting peasants”. And while the group has attempted to distance itself from the WhatsApp chat, it has been caught in a lie.

Activate is a right-wing attempt at a Momentum-style campaign. It was sold as an independent grassroots campaign for young right-wingers. But the organisation’s National Chairman is Gary Markwell, a Tory councillor who has worked as a “Campaign Manager for the Conservative Party over the last ten years”. And the Twitter account of Membership Director Fizarn Adris revealed a hostile attitude to poor and vulnerable people. 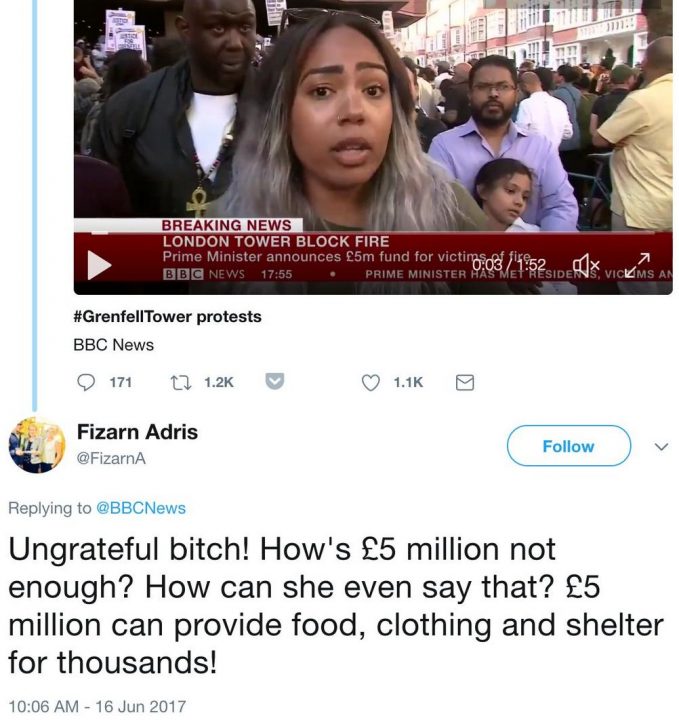 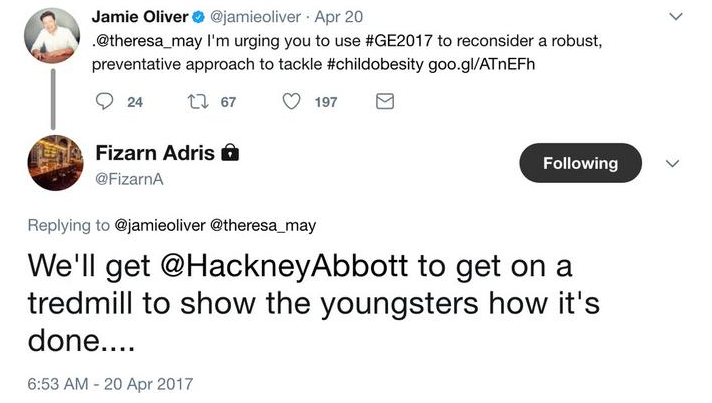 Then came the leak of an Activate WhatsApp chat. During the conversation, members argued in favour of ‘gassing chavs’ and “shooting peasants”:

The WhatsApp leak triggered a meltdown within the organisation. When East Midlands representative Sam Ancliff appeared [from 43:40] on BBC Radio Five Live on 31 August, he claimed that no one participating in the WhatsApp chat was a member of Activate. A statement, which appeared in a pop-up on the Activate homepage on 31 August, said:

Activate does not tolerate those views and would withdraw the membership of any member caught purporting [sic] such ignorant nonsense.

This is untrue. Adris was in that WhatsApp chat, and remains with the organisation. Internal messages seen by The Canary show Adris discussing the leak and other matters with Markwell.

But they were not done yet. Because that same day, Activate’s official Twitter account issued a bizarre misspelt meme. And although the group deleted the tweet, claiming it was the subject of a hacking attempt, it was too late.

To be honest, if we had tweeted this, we'd be crying "Hack" too…. #Meme #Retweet pic.twitter.com/lgcJHL2mCT

Hack or no hack, the infighting and confusion have made the group a public laughing stock, even before the official launch.

Such was the chaos that a rival group set up its own Twitter account called Our Conviction, claiming to be the authentic voice of the young right. But its muddled statement triggered open season on social media.

Please read our statement below: pic.twitter.com/Ney9wEmZVJ 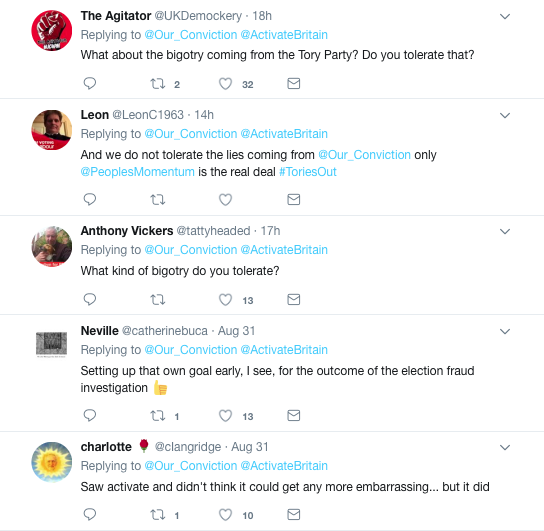 Insiders have approached The Canary with news that the group is now desperate to crack down on the internal leaks.

An embarrassment of riches

In a few short days, Activate has provided an embarrassment of riches to the left; demonstrating the worst attributes of the right, at full volume. And as the group self-combusts, it is serving as a better advert for the left than Momentum could ever have hoped.

– You can find out more about Momentum here.

– You can find out more about Activate here.