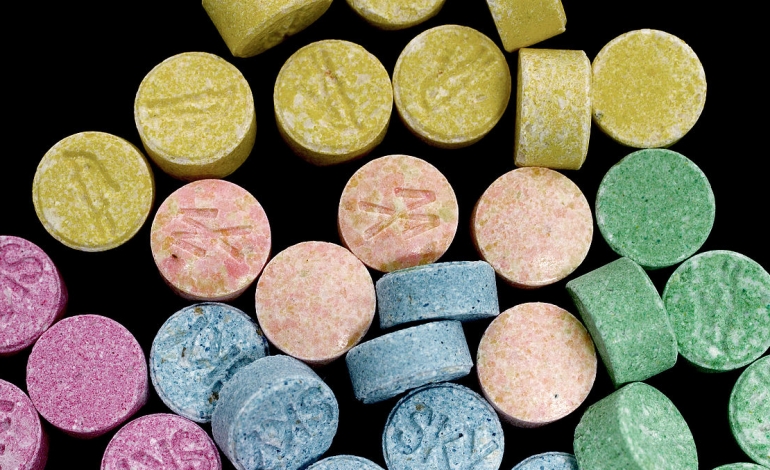 The US Food & Drug Administration (FDA) has designated MDMA (‘ecstasy’) a ‘breakthrough drug’ for the treatment of post-traumatic stress disorder (PTSD). The Multidisciplinary Association for Psychedelic Studies (MAPS) now has the green light to design two upcoming Phase 3 trials of MDMA-assisted psychotherapy for patients with severe PTSD.

The FDA grants Breakthrough Therapy Designation to a drug:

MDMA has been given this status because it could offer relief for PTSD sufferers for whom no other treatment has worked. Tony Macie, a retired US army sergeant, participated in initial trials. As he wrote in a 2014 Reddit ‘Ask Me Anything’ thread:

After about an hour of just relaxing and being in the present is when memories started to come up. For me if I tried to push them away I would feel anxious, but if I dealt with it and processed the memory, I would have a wave of pleasure come over my body. I believe that the MDMA was showing me how to deal with my trauma and also that it is more beneficial for me to face trauma head on than to try and ignore it or suppress it. I had a lot of powerful [realizations] that day.

How MDMA may benefit PTSD sufferers

PTSD is difficult to treat because its symptoms can include:

intense or prolonged psychological distress at exposure to internal or external cues that symbolize or resemble an aspect of the traumatic events.

Revisiting the traumatic memory can be deeply unsettling. So sufferers will avoid reminders of the trauma; which, as Macie points out, acts as a roadblock to relief.

MDMA’s therapeutic potential rests in its ability to:

It has been difficult to assess whether MDMA is neurotoxic. Although a randomised controlled pilot study found no adverse changes in the brain when subjects with PTSD took MDMA.

In 2015, Rick Doblin (founder of MAPS – which sponsors research into the therapeutic potential of cannabis, MDMA and psychedelics) said:

He also anticipated that, by late 2017, MAPS would reach an agreement with the FDA on the design of Phase 3 trials. And his prediction was correct. So in four years’ time, it may be unsurprising to find therapists using MDMA therapy for PTSD. The drug could also end up being used for couples therapy, as well as other anxiety conditions, or conditions influenced by trauma (e.g. depression).

The therapeutic potential of psychedelics

In addition, we may see psychedelics legalised for medicinal purposes around the same time. Research has show that magic mushrooms, for example, can lift depression and end-of-life anxiety. As The Canary previously reported, creating a legal and regulated environment in which psychedelics can be taken is better for safety and efficacy.

Mark Haden, Executive Director of MAPS Canada, says that medicinal magic mushrooms may be used legally in the near future. A second study into the effects of magic mushrooms on depression is at the same stage as these MDMA trials. He said it’s the “same timeline”, adding:

When we finish our phase three study, we submit our data to Health Canada… and they look at it and say ‘we approve.’

One problem (among many) of the War on Drugs is that it slows down research into the potential benefits of these substances; which is a shame, as study participants and users will stress that they can catalyse the healing process. MDMA and psychedelics seem to allow individuals with mental health and relationship issues to approach and address their problems in ways that traditional methods of treatment struggle to do.