The government is wasting millions of pounds killing badgers. All for very dubious reasons - Canary 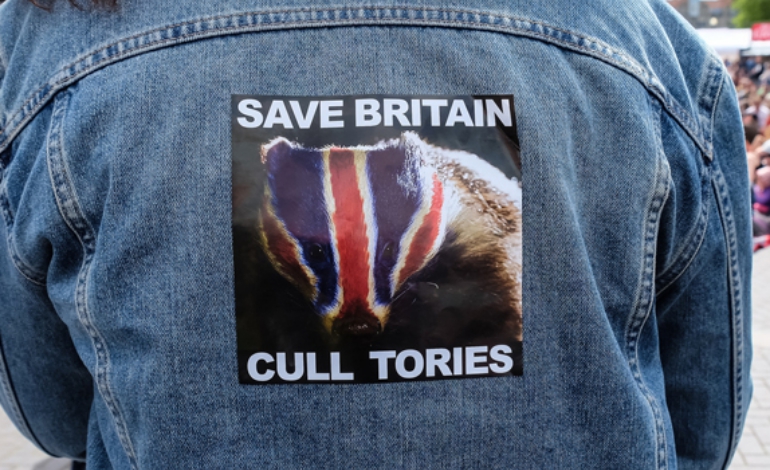 Natural England has authorised a fifth year of shooting badgers in Somerset and Gloucestershire. Despite criticism that a badger cull to eradicate bovine tuberculosis (bTB) “flies in the face of scientific evidence”, the two areas that began the programme have had their licences renewed. But in doing so, Natural England and its parent ministry, the Department for Environment, Food & Rural Affairs (Defra), may have revealed the programme’s failure.

‘An admission of complete failure’

Natural England issued supplementary licences on 25 August for the ‘free shooting’ of badgers to continue in Gloucestershire and Somerset. Free shooting means luring badgers into the open air with food so they can be shot from a distance. These licences apply for five years until 2022, allowing contractors to kill up to 580 badgers [pdf] in Gloucestershire and 610 badgers [pdf] in Somerset each year. Shooting seasons run from 1 June to 31 January.

But after four years of “intensive culls” that have seen more than 14,800 badgers killed, critics of the programme have claimed these new licences are evidence that the cull has been a failure. Talking to The Guardian, Jay Tiernan of Stop the Cull says:

Natural England’s authorisation of continued culling in both Somerset and Gloucestershire can only be viewed as an admission of a complete failure of the culls to address bovine TB in cattle.

No evidence for success

This viewpoint is shared by many opponents of the cull, who have criticised it on numerous different grounds. Professors John Bourne, Rosie Woodroffe and Ranald Munro said in a letter to Theresa May “that expanding this unpromising programme would fly in the face of scientific evidence”. Bourne and Woodroffe were also part of the Independent Scientific Group on Cattle TB. Its report stated [pdf]:

careful evaluation of our own and others’ data indicates that badger culling can make no meaningful contribution to cattle TB control in Britain.

Meanwhile, The Wildlife Trusts say “no definitive scientific conclusions can be drawn from the pilot culls” because scientific rigour hasn’t actually been applied to the programme. Even the Zoological Society of London has released a statement critical of the cull, saying that [pdf] “there is thus far no evidence of any disease control benefits from industry-led culling”. And crucially, it goes on to highlight the ill-advised decision to release supplementary licences:

Defra’s plan to license further culls moves away from the empirical evidence that it used to justify its culling policy. … Defra’s original cost-benefit analyses were based upon the assumption that the costs of culling would be borne for four years, but the benefits would last for several years after the end of culling.

Four years of intensive culling has taken place. The need for another five years of shooting, with no data yet released about the impact of the cull, appears to imply that the desired benefits have not materialised. But as the new season begins, saboteurs and other activists are already working to prevent the killings.

On 25 August, Stop the Cull revealed to The Guardian that half a million pounds of public money is being spent on specialist radio equipment for shooters in the cull zone. These radios operate on the encrypted Airwave platform used by emergency services across the UK and, according to Defra are intended to give shooters a “reliable means of communication should any incident arise.”

Shooters having direct access to police communications echoes the 2014 revelation that National Farmers Union (NFU) officials directed police operations during the cull. But this time saboteurs have been able to turn the tactic in their favour. Python detectors are being used that detect and alert users when radio frequencies used by emergency services are nearby. Stop the Cull says the use of this technology means:

Activists have been present since the first pilot trials in 2012. The Hunt Saboteurs Association released a statement in 2013 saying that ‘sabs’ were “a significant part of the reason why the [first] cull was such a total failure”. Groups are already active in this year’s cull zones, surveying setts and clearing bait left for badgers. Not only in Somerset and Gloucestershire but elsewhere too:

We're busy 24/7 in the new Wiltshire cull zone. We'll do out best to minimise the killing. https://t.co/IEMlgwu9zV pic.twitter.com/1yN5rFJTNb

There are other causes

There is widespread evidence for badgers not being public bTB enemy number one. Outbreaks of the virus have been occurring for years in Cumbria and have been traced back to Northern Ireland, with infected badgers only found there in 2017. The disease has also recently been found in cattle on the Isle of Skye, Scotland, where there are no badgers. In March 2017, dozens of hounds from the Kimblewick Hunt were reportedly killed after they were found infected with bTB. The League Against Cruel Sports goes on to explain:

Concerns that the hounds could have spread the disease into farms across the six counties covered by the hunt were quashed by Defra – however new official figures show that there have been 55 new bTB cattle herd breakdowns there in just the first four months of the year. There are currently 90 recorded outbreaks in the area – meaning the number has more than doubled since the Kimblewick infection.

More death is not the answer

The cost of the badger cull is running into tens of millions of pounds. Best case scenario assessments predict an average 16% reduction in infected cattle herds over nine years with a successful cull programme. That’s the best case. Evidence continues to mount that badgers are not the primary transmitter of bTB and that killing them is not an effective way of stopping the spread. Even worse news comes from the British Veterinary Association, which supports the cull. It has voiced concerns that it could lead to local population extinctions if numbers are not monitored more carefully.

Despite the mounting evidence, at the moment it appears there is very little parliamentary momentum to stop the cull. But the actions of activists across the country continue to be a beacon of hope.

– Donate to Stop the Cull’s fund for radio detectors.