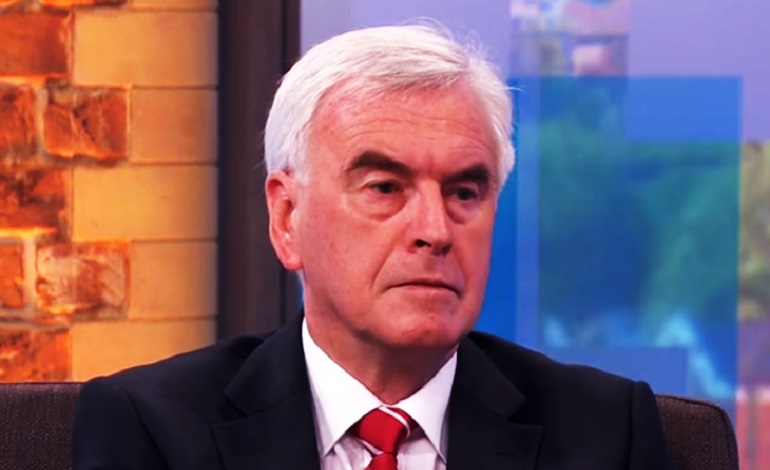 John McDonnell has issued a warning to some of the UK’s biggest employers: that the scenes witnessed at Monday 4 September’s so-called ‘McStrike’ are just “the start” of sustained action by trade unions.

The Shadow Chancellor was speaking at a rally in support of striking McDonald’s workers. On 4 September, around 40 employees staged the UK’s first ever industrial action aimed at the fast food chain, walking out of stores in Crayford, South London, and Cambridge. And McDonnell, along with Labour’s Laura Pidcock and a host of other politicians, attended a rally outside parliament.

McDonnell praised [0.55] the striking workers as “an absolute inspiration”. But he also noted [1.10] that the action would have been “unnecessary” if:

McDonald’s, first of all, treated its staff with respect, recognised the union, paid a real living wage, and at the same time ended zero-hour contracts. Now, I don’t think that’s much to ask for with a company that’s making billions of pounds’ worth of profits every year, is it?

The assembled crowd answered with a resounding “No!”

The Shadow Chancellor then said [1.32] the Bakers, Food and Allied Workers Union (BFAWU) would negotiate with McDonald’s “on those terms”, and that he expected the company to “recognise the union” and “get round the table”. And he concluded by issuing [2.18] a warning to other multinationals, under which staff are mistreated:

But it isn’t just McDonald’s, is it? It’s a large number of other companies in the fast food industry. And what you’ve said to them today, as well: don’t think their workers are going to be satisfied on low wages, zero-hour contracts, and treated without respect and without a union being recognised. This is the start of action…

Several hundred people, including much of the mainstream media, had gathered for the ‘McStrike’ rally outside parliament. Representatives from Disabled People Against Cuts (DPAC), Unite the Community, the Socialist Party, the National Shop Stewards Network, the Green Party, and Hungry for Justice were present, among others. The striking McDonald’s workers were, however, the centre piece: 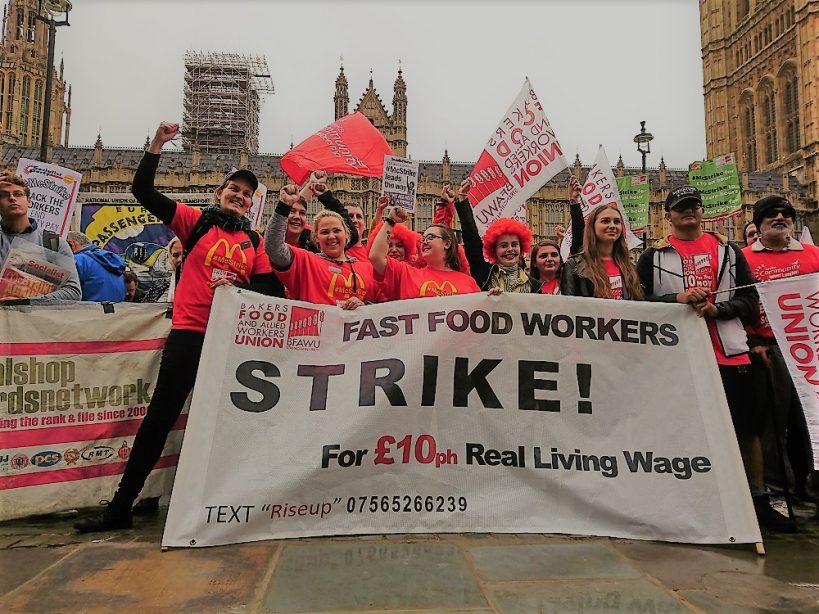 The BFAWU and campaign group Fast Food Rights are fighting for what they say is a £10 per hour “real living wage”. The ‘iconic’ character of Ronald McDonald was also suitably mocked at the rally: 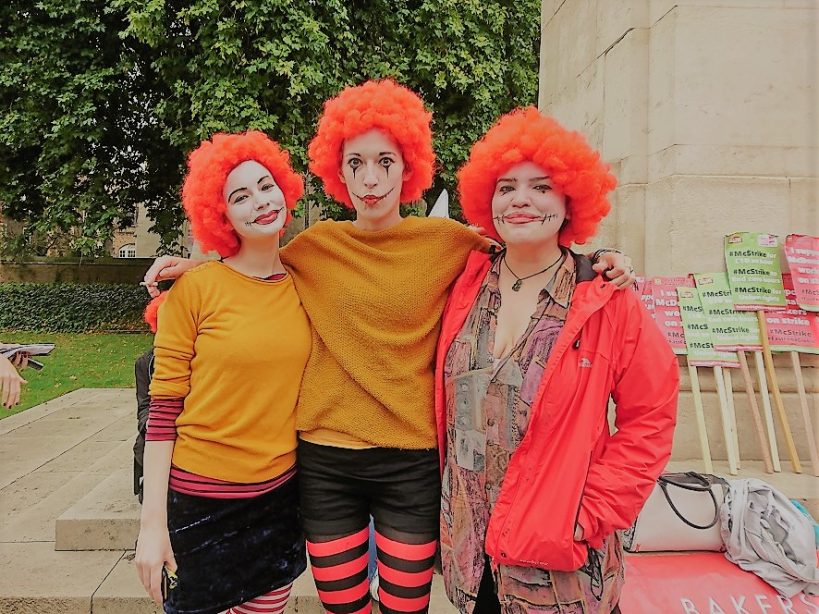 And the rally was also witness to a heavy mainstream media presence at times: 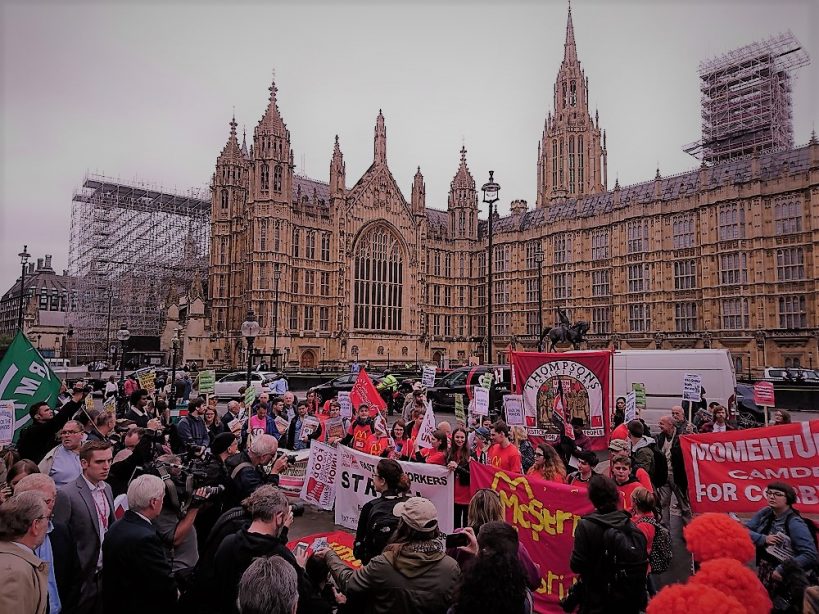 The McDonald’s staff are striking over pay, contracts and grievances with management. The latter, as one worker told The Press Association, was so bad it felt to him like it “was OK to be abused at work”:

The managers have sworn at us, shouted at us, just general abuse when we get to work. I feel like whatever stress they are under they put on us so it’s really unfair. If the customers are rude to us we don’t have any backing by our managers… It just creates that culture that it’s okay for us to be abused at work… I do feel a little bit intimidated going into work…

And the strike, which union members voted for by 95.7%, has already had an effect. Because McDonald’s has reportedly offered to shift all its UK staff from zero-hours to guaranteed-hours contracts by the end of the year.

McDonald’s said in a statement:

[We have] delivered three pay rises since April 2016, increasing the average hourly pay rate by 15%. We are proud of our people at McDonald’s, they are at the heart of all we do and we work hard to ensure that our teams are treated fairly. Our internal processes underpin that commitment.

for the second largest employer in the world. But for me, more importantly, the biggest exploiter of people’s wages and the way they treat people, in the world. That’s what I will remember McDonald’s for.

More work to be done

Once again, trade unions have shown what can be achieved by just a few organised individuals. By taking on McDonald’s, and already getting a result in the form of contract changes, the BFAWU and its supporters have sent a clear message to the UK fast food industry: that these workers will not be made clowns of.

– Support Fast Food Rights and donate to the McStrike fund.